$18 million boost for our clubs 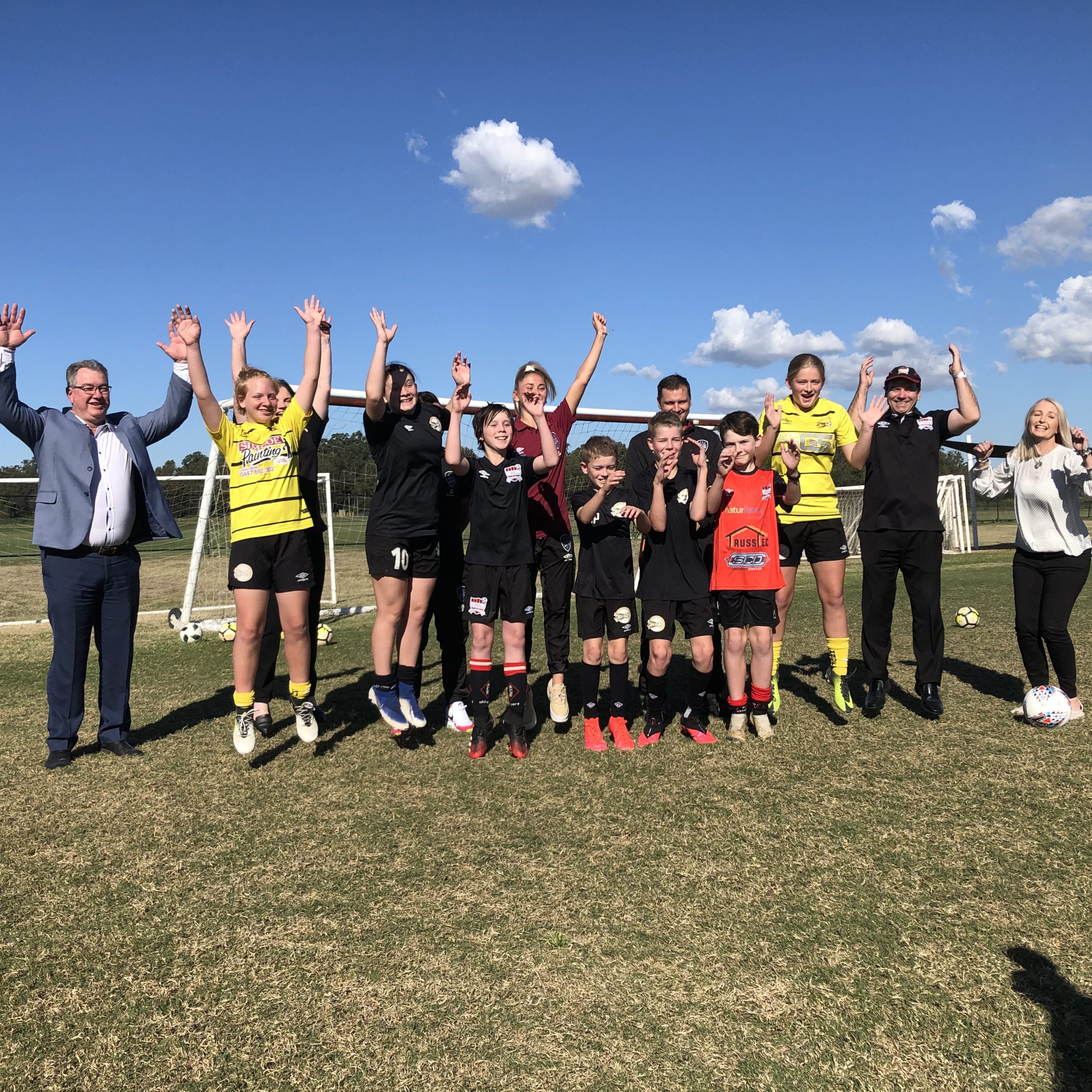 Moreton Bay United and ACE will be part of a stunning new $18 million football precinct which is to be built at South Pine Sports Complex, Brendale.

The clubs will get three new pitches (MBU 2, ACE 1) and a new clubhouse on land currently used by the turf farm beyond Fields 3 and 4 at Brendale.

We will be part of a new development for the Brisbane Roar Women’s Centre of Excellence and Youth Academy which are to be based on the same land with three more pitches.

This remarkable development was revealed today by Moreton Bay Regional Council Mayor Peter Flannery with representatives of Roar and SPASA. Cr Flannery said the investment was in time for the FIFA Women’s World Cup in Australia and New Zealand in 2023 and could be an Olympic venue.

“The new football precinct will be kitted out with a high-performance facility, clubhouse and fields ready for the 2023 season, which will support some of Australia’s best players in their tilt at World Cup success with the Matildas,” Mayor Flannery said.

“By delivering the dedicated facilities our female players deserve, we are strengthening the pathway for young local girls to one day represent their region, state and country.”

ACE President Tony Dooley said the new facilities cannot come soon enough. “We are enthusiastic and grateful for the chance to share this new facility with Brisbane Roar,” said Tony.

“This is a good opportunity for both Moreton Bay United and ACE junior players and hopefully there will be areas where our coaches and players can learn with regards to preparation, training and the execution of their skills.

“I’ve had a chat with Warren Moon (Brisbane Roar Academy General Manager) here today, talking about the synergies they can offer and that our coaches can sit in on their sessions, some of their equipment and discuss to the high performance centre and improve how we improve our senior players as well.

“We have been capping our numbers at ACE for three or four years now so this will give us the opportunity to extend the numbers but give the current players more space to train now Moreton bay United will have their own identity, fields for their own use and afford ACE players greater space at training.

“We are really looking forward to this. It can’t come soon enough.”

Moreton Bay United chairman Ben Parkin described it as a “really big step forward” for the club. “I am very thankful to the Moreton Bay Regional Council for its continued support of our club, and also of sport in the region,” said Ben.

“The additional field space and clubhouse will really help Moreton Bay United to take more steps in strengthening its own identity and provide our players with top-class training facilities. The relocation of the Brisbane Roar is also a massive coup for the region and the complex.

“To have a professional organisation based so close to our club has many benefits, both on and off the park and we are looking forward to working closely with them over the coming months and years to maximise these.”

Cr Kath Tonks (Div 9) said: “It’s exciting to consider the benefits that having Queensland’s premier women’s team in our region will deliver for local players, coaches and clubs including the mighty Albany Creek Excelsior and Moreton Bay United. And for the local clubs, there will also be dedicated new change facilities as part of the overall project.”

Roar Vice-Chairman Chris Fong said this was “an exciting opportunity to cement our women’s program within an emerging community and help contribute to the growth of the region for years to come.”

Brisbane Roar women’s captain and 125-game Matilda Clare Polkinghorne added: “Striving to be the best and at the top of the Westfield W-League is a core component of Brisbane Roar and to have a state-of-the-art facility to call home will only help us achieve those goals.”