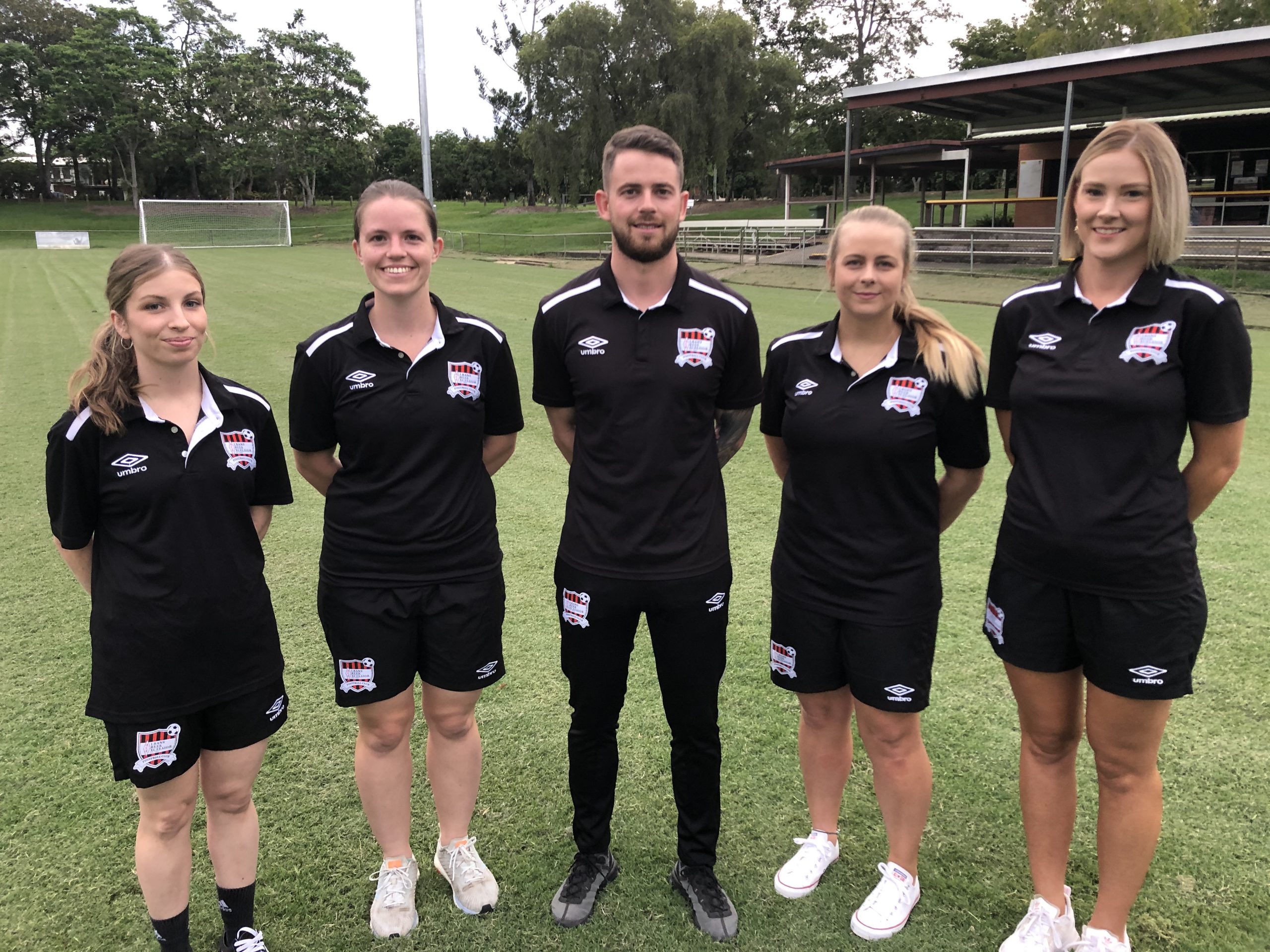 ACE is getting closer to its long-term goal of playing in the Brisbane Women’s Premier League, says head coach Jamie Sanckson, pictured above.

Pre-season training starts tonight for the ACE Women and Reserves with promotion from Capital League 1 to the Premier League their number one target.

Many of last season’s Reserves players are back with the nucleus of the women’s team including, pictured from left, Tiarna Toye, Nat Finney, Morgan Schoener and Morgan-Lee Martin.

“We want the women’s program to be up there with the best in Brisbane,” said Jamie, “we want to be challenging for the Football Brisbane Premier League.

“Last year was a big improvement on the previous year, on and off the field, with girls also giving back to the club by coaching and helping out with the juniors.

“We want to build on that. We only missed a chance to battle for promotion by a very slim margin on a shortened season. This year we’ll add some players to the squad – and I think we can give it a go.”

Midfielder Morgan Schoener has re-signed and supports the targets. “Last season was really good,” she said, “the atmosphere was great. Now we want to get promoted or at least make the finals.”

Forward Morgan-Lee Martin added: “Last season we were a new team. This year we’ll have some new players and be more familiar with each other and how we play. It should be good.”

Leading scorer Nat Finney, who is aiming to score more consistently this season, said: “From what I understand, we’re recruiting players who will fit into the team well.”

As Female Director of Coaching at ACE, Jamie said the “foundations” are in place, especially at junior level where ACE will field girls’ teams in all age groups.

“It is important, if we can get into the Premier League, that the club can compete,” said Jamie, “as you saw, the Reserves came on in leaps and bounds last year.

“If we can get promotion, I believe we then have things in place to maintain that good level and keep going.”