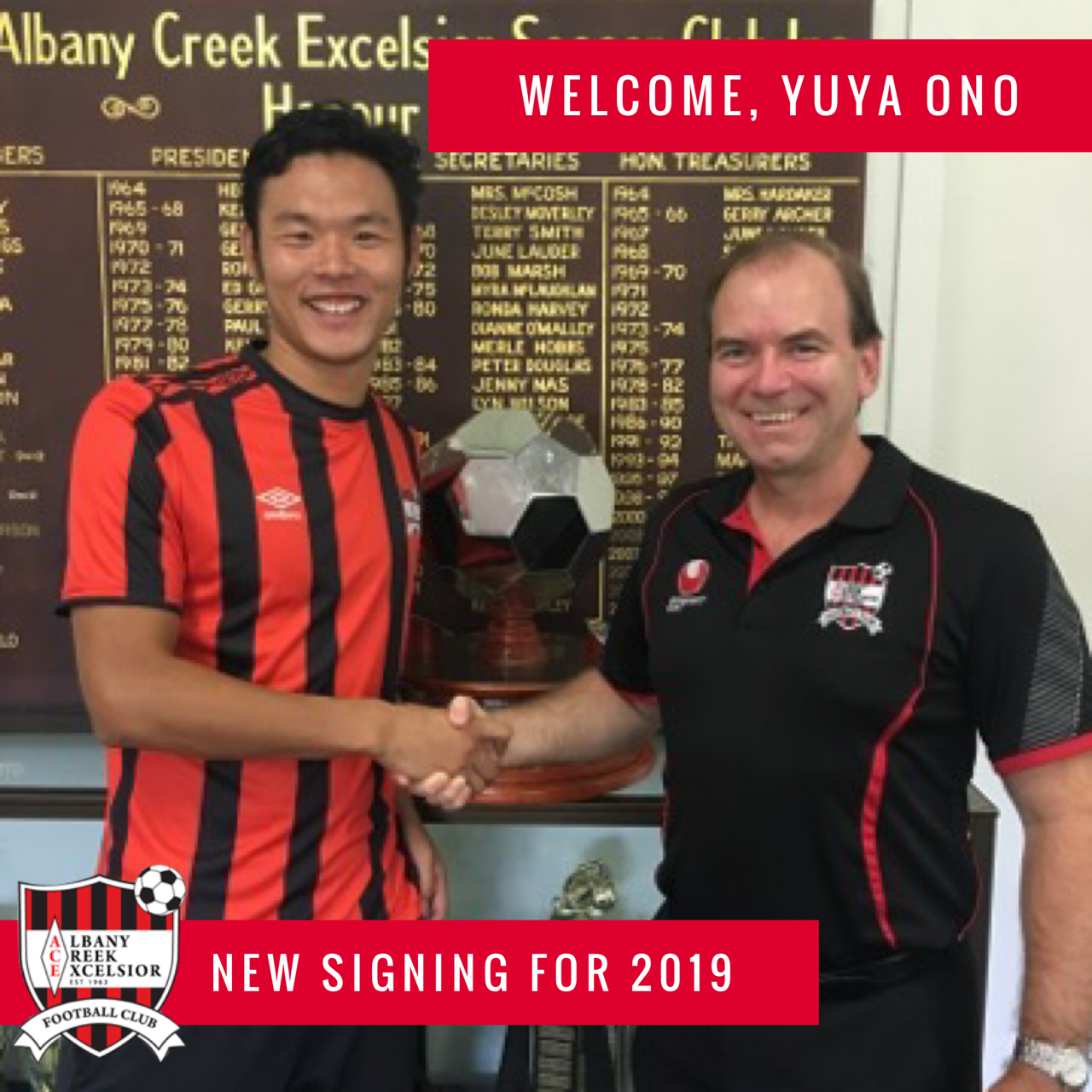 FIRST impressions are so important – as new ACE signing Yuya Ono has shown.

The Japanese defender caught they eye of ACE coach Steve Glockner immediately and has now signed for 2019.

“I was really impressed when we first saw Yuya train,” said Steve, “he read the game very well and was always looking and thinking a few moves ahead.

“We could see he was a smart player and although there may be a language barrier, he understands exactly what we are looking for from him.

“He has a very positive personality and fitted into the squad straight away. He had a great first game for us and we know he is only going to get better.”

That will be put to the test against NPL side Peninsula Power at Wolter Park on Friday at 7.30pm in what may be ACE’s toughest pre-season fixture.

But 24-year-old Yuya is not concerned.

“I have a similar vision to what ACE and Steve aims for in their football,” he said. “The training is fun and team atmosphere is good too.

“I feel comfortable in this team. Very good. Everyone at the club is kind and teammates communication with me in simple English as I am still not fluent.”

Yuya, who played in Japan last season, knew a bit about the Premier League as his brother Roy played for Capalaba and another friend had played in Brisbane.

“But I didn’t know about ACE until I joined the training,” he said.

“Now I want to make significant contributions to defence and support the team by making offensive opportunities by building from the back.”

Yuya said his main aims this year were to play his best, every game, not get injured and win “the Brisbane Premier League again”.