ACE at the double 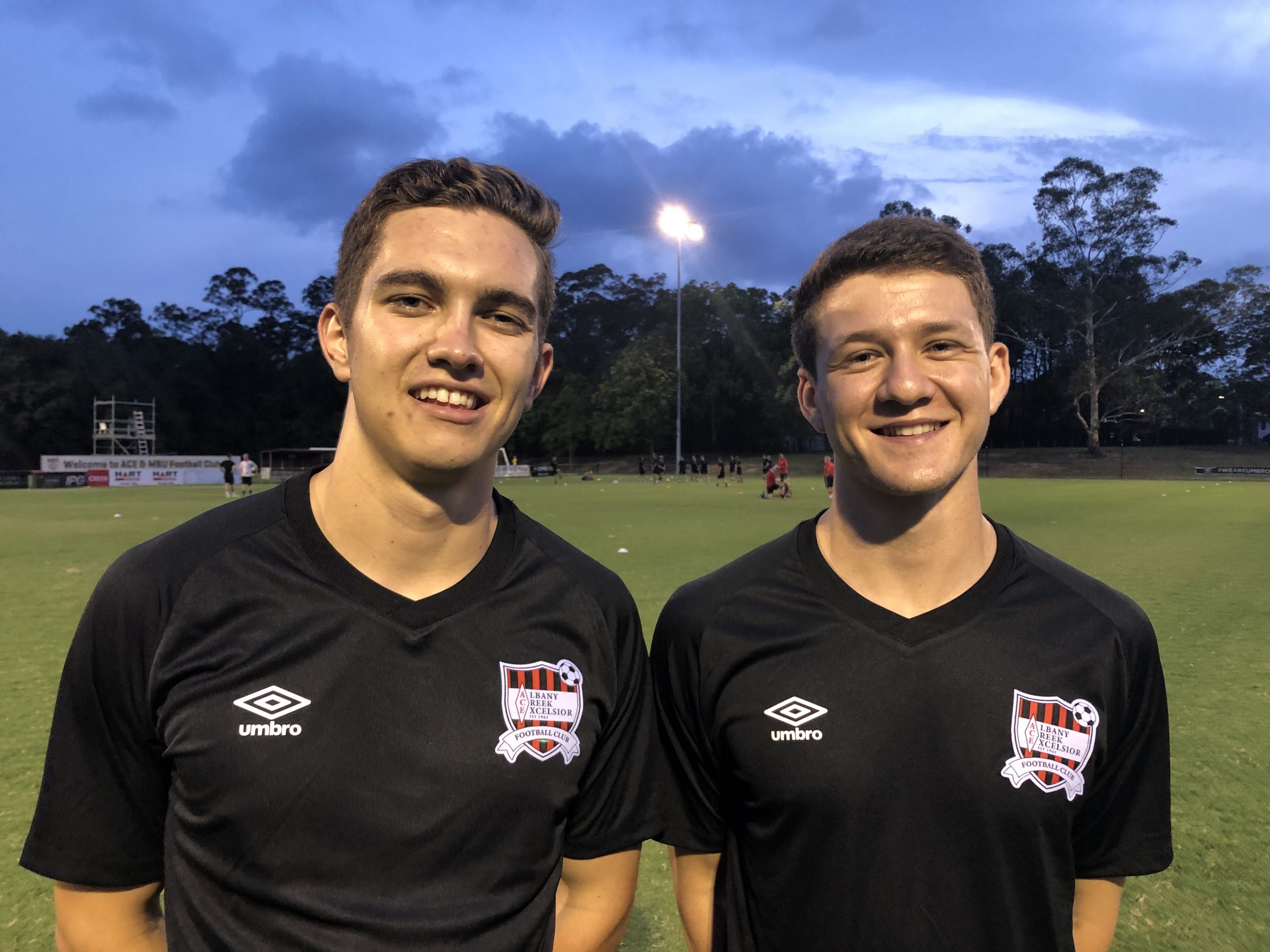 Jared, who has moved down from Yeppoon, is looking for test himself in a higher level of football.

Matt, who has two years’ experience in the Moreton Bay United youth system, is aiming for first team experience.

Both made their ACE debuts last weekend in pre-season games against Capital League 1 outfit AC Carina.

Tomorrow Matt and Jared are likely to be at Buderim Wanderers for our second round of pre-season fixtures for ACE Reserves (2pm) and Senior Men (4pm).

“My ambition is to play every minute of every game and get first-team exposure,” said Matt, an attacking midfielder.

“But with the quality in this squad, I’ll play anywhere if needed. It’s very competitive and ACE is the team to beat.

“They have won two successive premierships and are looking for a third. It’s never been done, three in a row. That’s everyone’s ambition.”

Jared, a box-to-box midfielder who was with Capricorn Coast FC, has moved south to “try something different” at a higher playing level for him.

“I’m delighted to have been given the opportunity,” said the 22 year old, “it’s an incredible set-up here and a very good squad. I’m really looking forward to it.”