You are here:
Senior Women 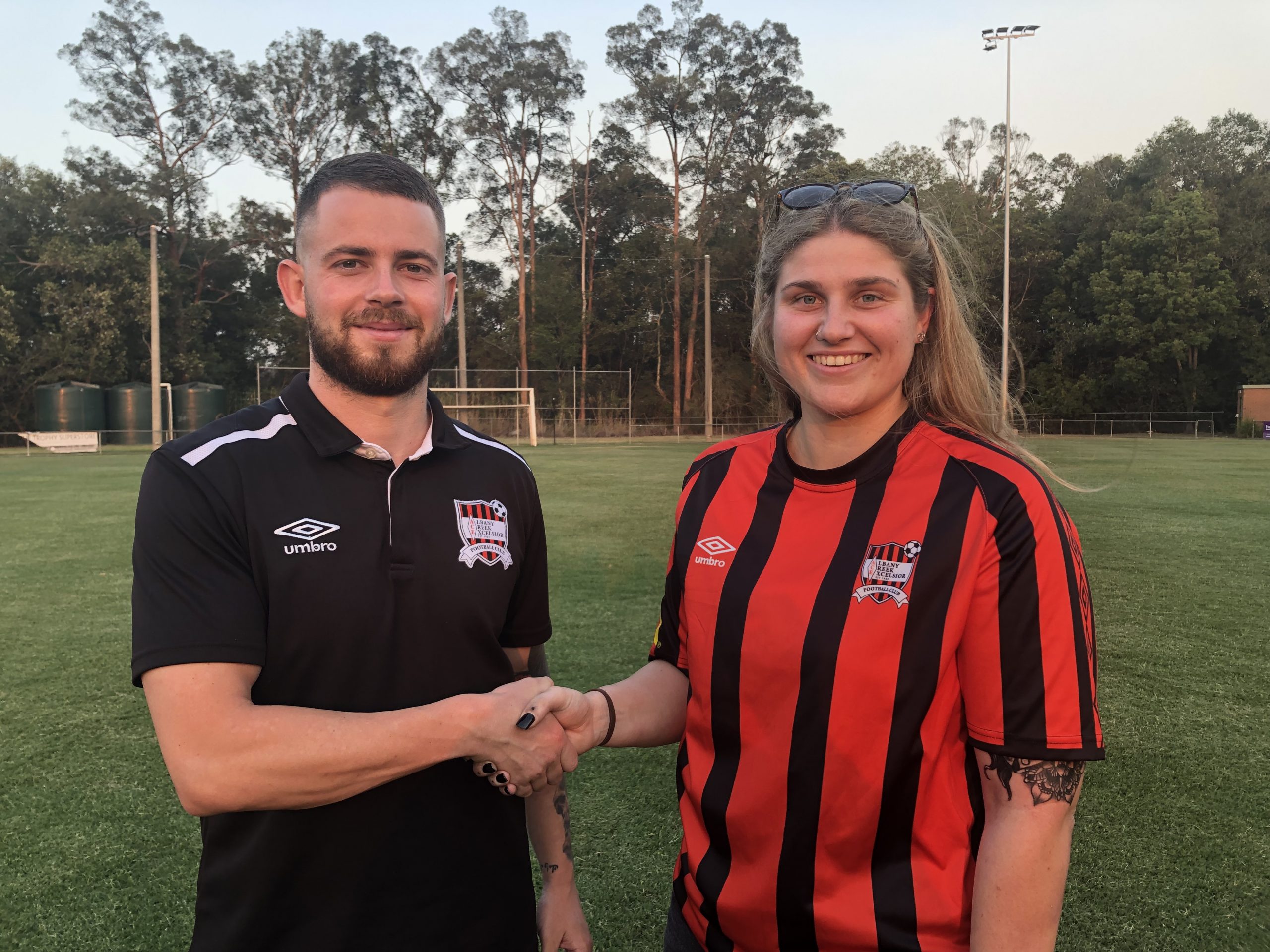 ACE Women’s coach Jamie Sanckson has filled a “key position” with the signing of Victoria Brebner for the 2020 campaign.

Victoria has joined for ACE after 14 years at Peninsula Power during which she played in the women’s state league (NPLW) and Brisbane Women’s Premier League, winning grand finals in both.

The 23-year-old striker has also played NPL for a short spell in Victoria before returning to Queensland.

Victoria, the first new signing announced by Jamie for next season, will bring more firepower to an ACE side which finished seventh in last season’s Capital League 1 games scoring 25 goals in 18 games.

“It was an extremely difficult decision to leave (Power),” Victoria said, “it was not a decision taken lightly, but I just felt it was something I needed to do.

“I’ve come to further my skills, try something new and step outside my comfort zone. I’ll do whatever I can for the team and push as hard to be the best player I can.”

Victoria said she enjoyed playing up front, but had been told by some that she was an “out and out” fullback.

However, that was not in coach Jamie’s plan. He said: “I see her as a striker. That’s why I got her in.

“Something we identified we lacked last year was goals. It was one of a couple of key positions we were lacking in.

“That’s why I messaged Victoria and got her in. She is strong, good on the ball, holds the ball up well and keeps possession.

“And when in the box, she can finish.”

“Hopefully now we can get more signings and start preparing for next season.”