ACE on the rise 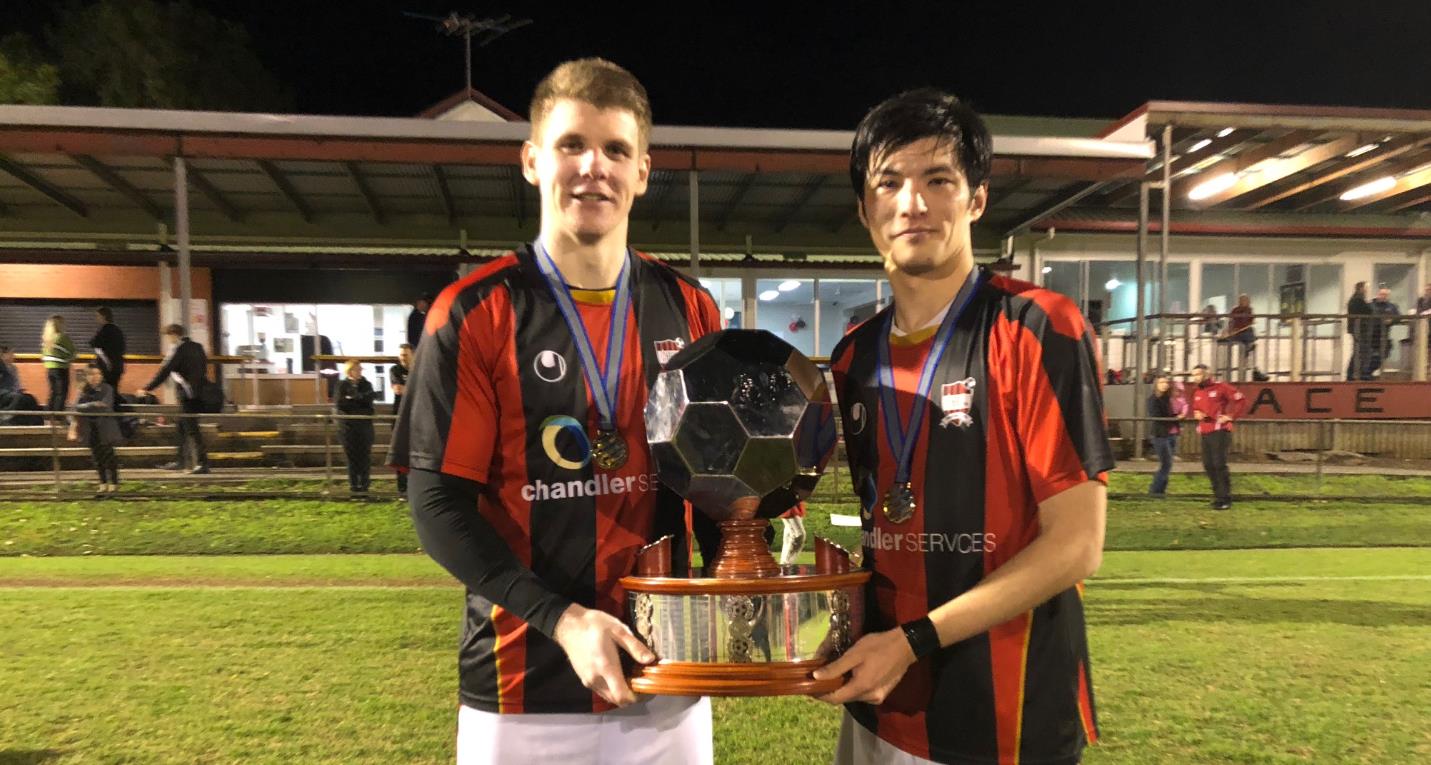 It started the season before ACE joined Brisbane’s top flight and could finish on Saturday with an historic trophy haul.

This year Matt has played for the ACE Reserves and Seniors, helping them to three of the club’s five senior titles – so far.

On Saturday the ACE Premier League side takes on Grange in their grand final at Logan Football Complex (5pm).

“I think we’re quietly confident,” said the 28-year-old defender, “not over confident, just working hard and preparing for the weekend.”

Matt, who joined from Brisbane Athletic, helped ACE win promotion from Division One to Brisbane’s top flight in 2012 – his first season.

With Yasu Fujimoto he was in the 2014 side which won its final match 8-2 against North Star to avoid relegation.

Matt was sidelined last season by a knee injury as ACE just missed its first Premier League play-offs on goal difference, but has been back to his best this year.

“It has been a steady progression over the years,” said Matt, a career defender apart from a spell upfront where he scored seven goals in 11 games.

“Pouria (Nabi) kept moving the senior team higher and higher. Then just missed the finals. We lost players after that and some people wrote us off. But Steve (Glockner) has recruited well.

“We feel we have quality and have gelled well. It would be great to win the finals.”

If ACE are successful it could take the seniors’ tally to seven.

The Premier League and Reserves are premiers. The Brisbane Club Championship is ours and the Under 18 Division One side is premiers and grand final winners.

But Matt has no thoughts of stopping there. He plans to keep playing.