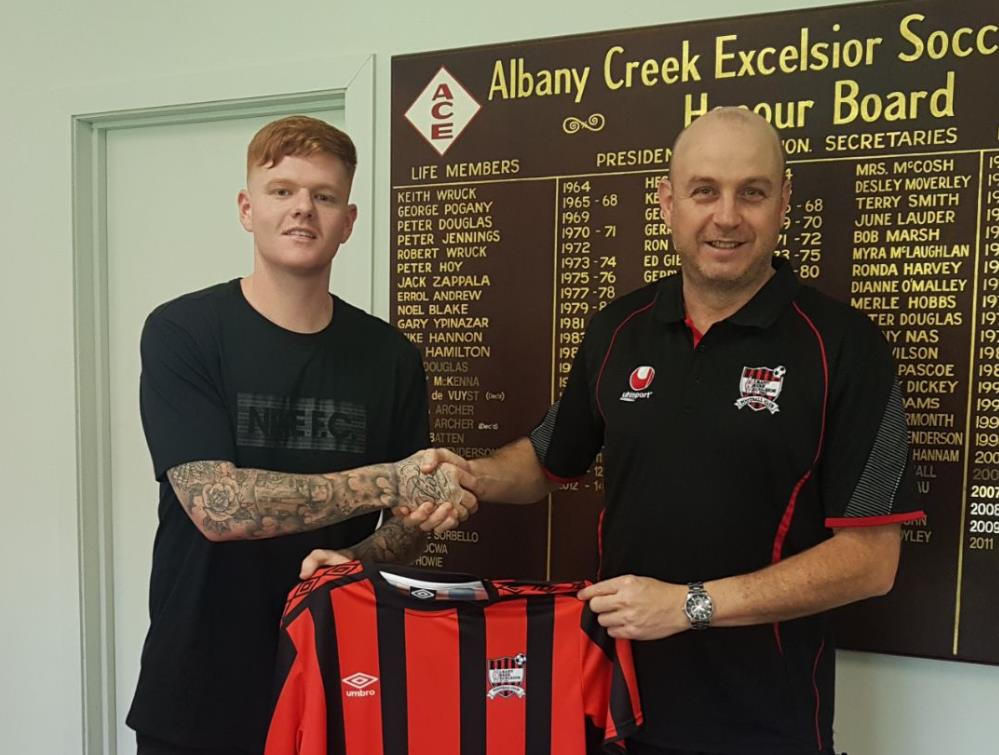 The centre forward has moved south from our Premier League rivals North Pine in pursuit of his goal to “play at the highest level” he can.

“Ally scored 11 goals for North Pine last year and we look forward to him scoring many more for us in the coming season,” said Steve.

“His professionalism at such a young age and desire to succeed will be a great asset to our team.”

Ally, who turns 24 next week, played for Peninsula Power as a junior and then had spells with Pine Rivers, North Star and North Pine.

He caught the eye during last season’s fixture at Wolter Park, scoring one and setting up North Pine’s second in a 4-2 defeat.

“(ACE captain) Sean (Lewis) messaged me and said he and Steve had a chat and asked if I was interested in joining,” said Ally.

“I think it is a great opportunity. My goal is to play at the highest level I can and that includes the NPL (National Premier League)

“ACE is a club moving forward and has a belief it could competitive in the QPL (Queensland Premier League).”

Ally said he can play at centre forward, behind the strikers or on the left wing.

He will start pre-season training with the ACE squad early next month after keeping fit in the close season by playing indoor football.