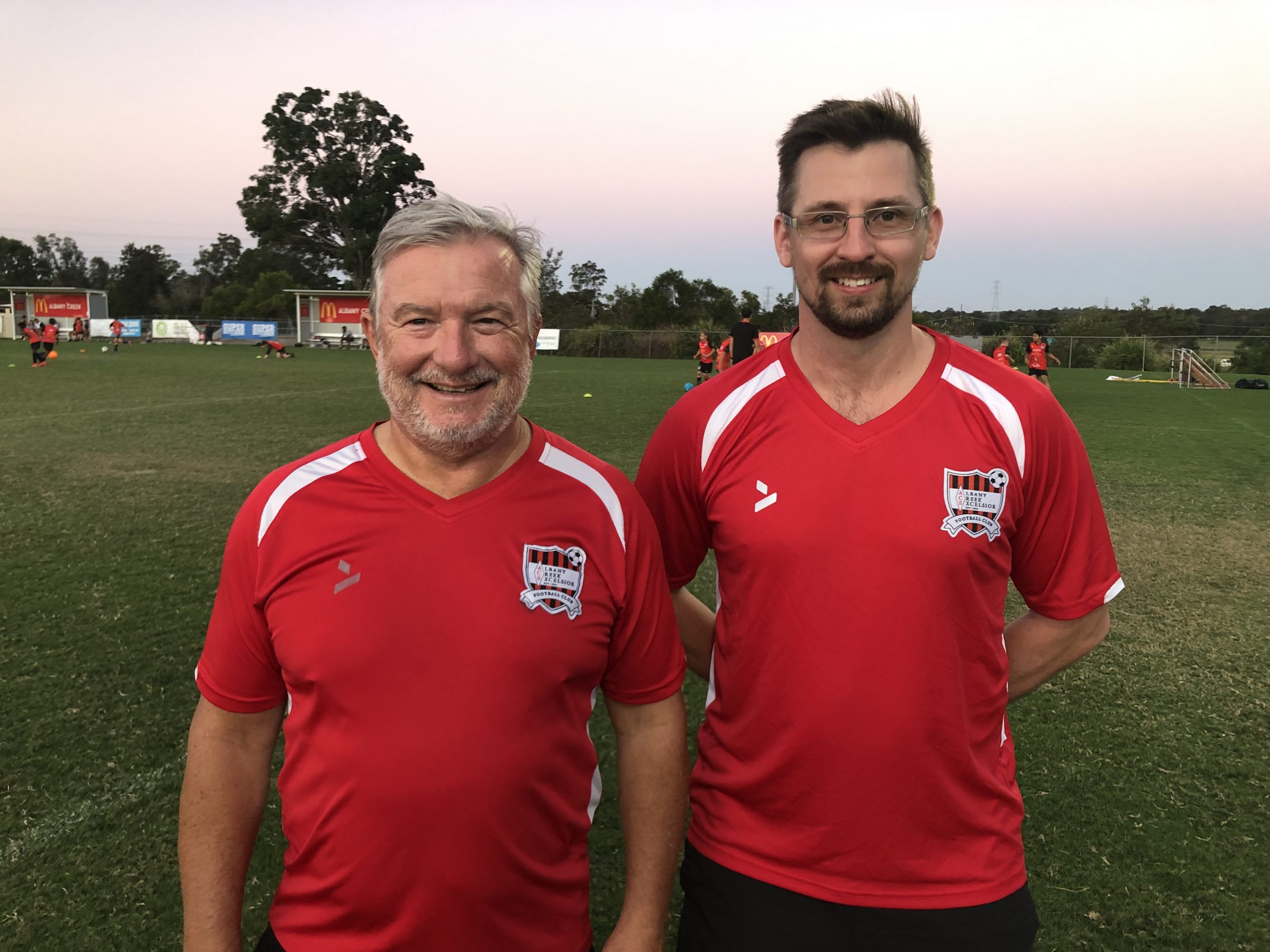 ACE is delighted to announce Andy Hughes (pictured right with Junior Technical Director Alex McMillan) has been appointed Director of Coaching (DOC) for our Under 10 age group.

This DOC role is seen as crucial for the on-going development of young players at ACE.

“We are excited to not only have Andy as part of the coaching fraternity, but also stepping up to help support other coaches,” Junior Vice-President Jason Gilbert said.

“Andy has a great reputation among the players and parents at ACE and we appreciate his taking this role.

“It will allow regular contact between coaches and the technical team which in turn will be able to source the resources needed to continue their development.”

Having coached at ACE for several years, Andy has seen players already leave his teams to step into Kangaroos sides.

Andy’s football journey began when he was enrolled at Under 10 level and has continued through indoor/outdoor/futsal and five-a-side.

His eldest son joined ACE in Kindy soccer aged 5 and returned in 2020 with the Under 8s, when Andy became a volunteer parent coach.

Both are now with the Under 10s, Andy’s second son is now playing Under 8s and Andy is with the ACE Over 35s.

“I look forward to spending time with the Wallaby/Quokka coaches to support them with sessions, as well helping co-ordinate the upcoming Football School, as additional training points for further skills development,” Andy said.

“Part of my role will be to liaise with the Kangaroos coaches to help keep the tiers connected and assist with finding support players when needed among the Under 10 teams.

“This includes liaising with the Under 11s and Under 9s DOCs to help player borrowing occur a little smoother and ensure players/teams aren’t being neglected or overstocked in both regards.”

Before coaching football, Andy spent more than 12 years instructing juniors and adults in Taekwondo, including teams in national and international competitions.