Back at Wolter Park 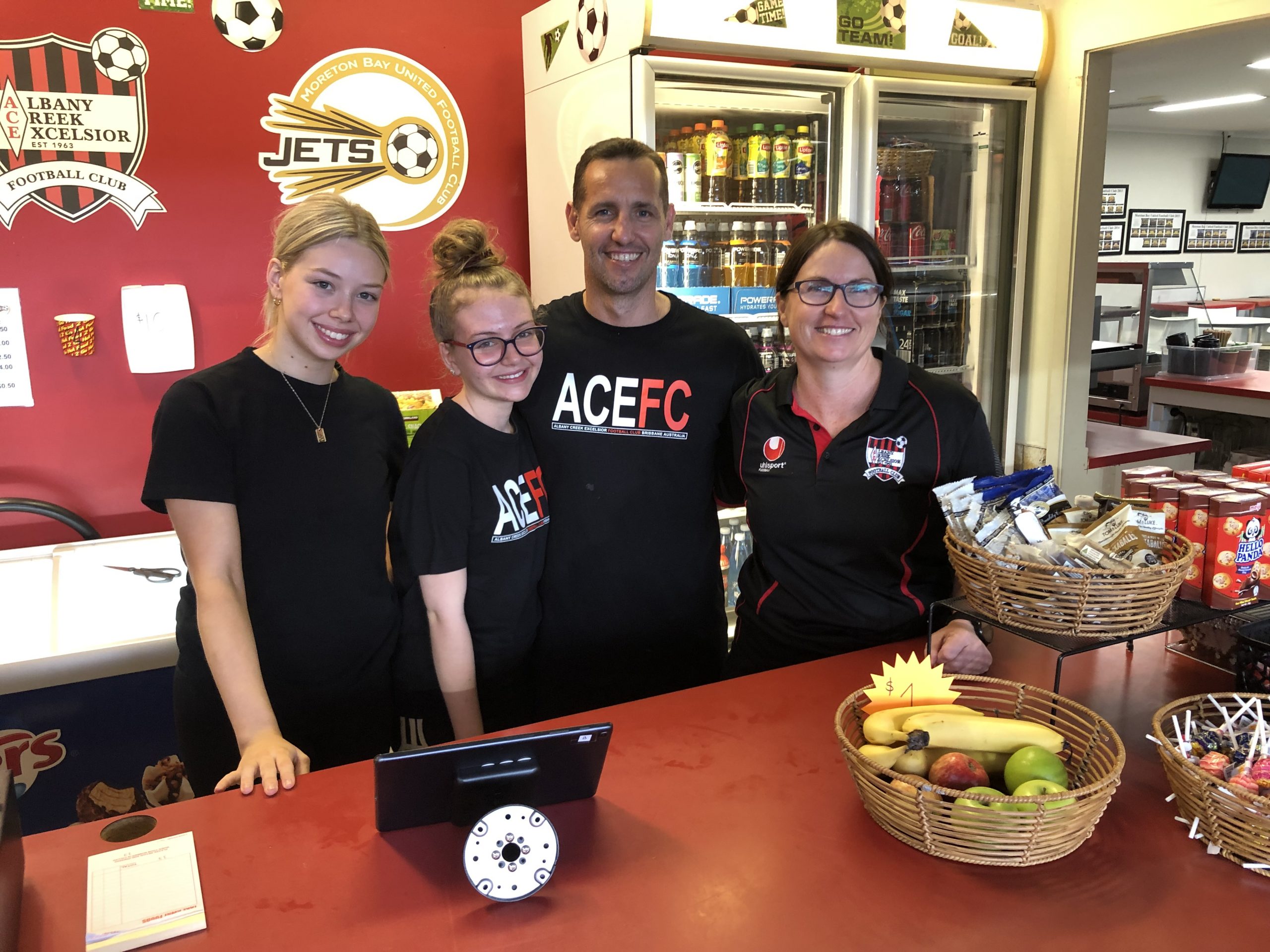 Kathy and Mark Gribble, pictured with Jade and Emma, are back as canteen convenors at Wolter Park.

After just running Brendale last year, they have returned to both venues for Albany Creek Excelsior and Moreton Bay United matches.

“Any matches that are on, we’re here,” Kathy said, “our rule of thumb is we’ll open an hour before the first game kicks-off.

“So, if the first game is 4pm, we’ll be open from 3pm. We think it is only right for parents, spectators and people travelling.

“There’s nothing worse than arriving and finding nothing open.”

Kathy said their return had been well received. “I think people know a lot of things we used to have will be back,” she said.

There will be many of the canteen favourites, such as pizzas, hot chips, pies, sausages and hot and cold drinks.

“We’ll have fresh options like pulled pork and slaw, nachos – and we’ll try specials on certain days once the season gets going,” Kathy said.

Kathy and Mark are also open to suggestions about items they could introduce and serve at Wolter Park and Brendale.

They will be helped behind the counters by their regular team – Tahlia, Kaitlin, Amy, Jade, Emma, Kobe and Philip.

Kathy and Mark are well known on and off the pitch having first joined ACE in 2011 when their daughter started playing.

They took to the fields as well shortly afterwards in the ACE social five-a-side social tournament.

In 2017 Mark started playing for the Over 35 Men’s team and two years ago joined the Over 45s.

Kathy played for ACE Over 30 Red Bears and ran the merchandise shop at Brendale in 2018.