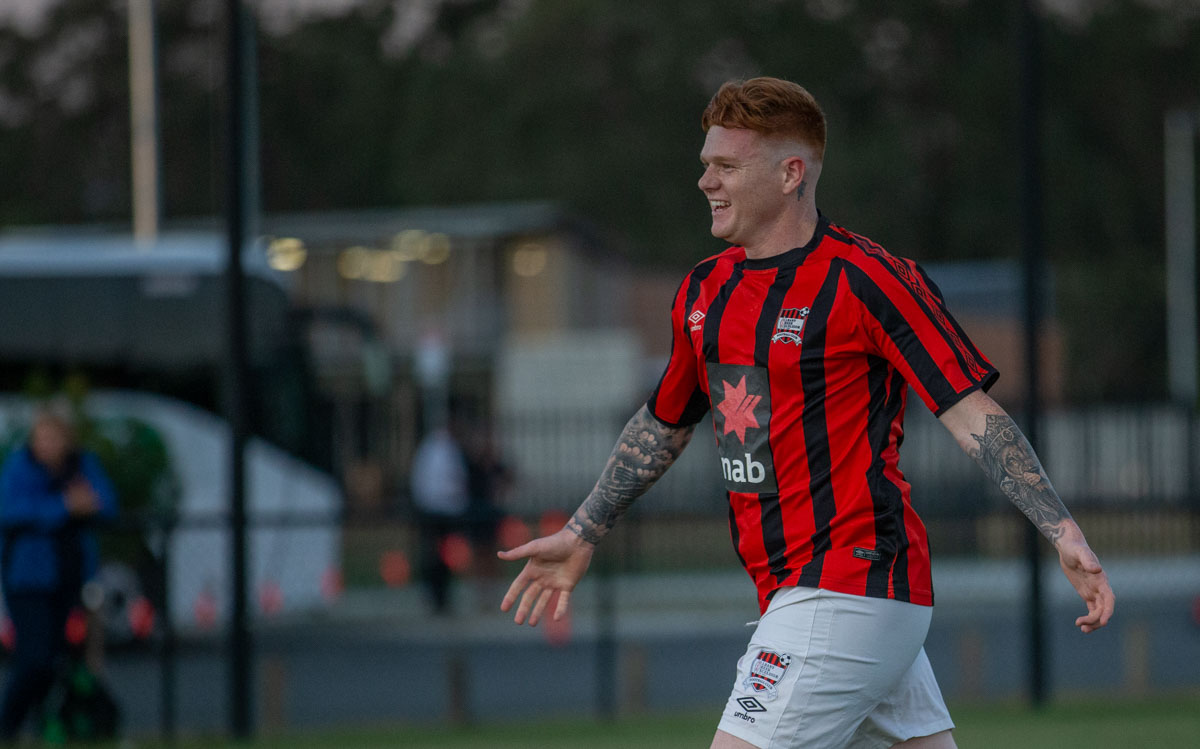 Striker Ally Russell says there is no room for error as ACE relaunch their bid for a third successive Brisbane Premier League crown.

ACE start their pursuit of a rare hat-trick at Toowong, runners-up in 2019, on Sunday (4pm) in a repeat of last season’s grand final.

In this new shorter 2020 competition, each team has 11 games (one against each opponent) before the 12-team league splits in two. The top six will battle for the Premiership, the bottom six for a consolation trophy.

“That definitely makes it important to get a good start,” said Ally, pictured after scoring in the 2-0 grand final victory last year. “There’s no room for mistakes. We have got to get going as of Sunday and win every game we can.

“I’m not sure what Toowong have done in the pre-season, but they will be up there for sure. Last season, the first game there was tough. We went 3-0 down before half-time. In the end the lads managed to dig in and bring it back to 3-3.”

Ally scored twice that remarkable night, the first from a free-kick and second a dramatic injury-time header from Ryan Shaughnessy’s corner.

“That belief the team has just seems to stick around the club,” he said. “New players have come in and we don’t give up easy. We can go 1, 2, 3 down we will always try to bring it back – and most times we will.”

ACE may need all that determination with the fixture computer also giving them a trip to last season’s semi-finalists Bayside in round three.

“We’re all just looking forward to playing again and trying to win the league again,” said Ally “I’m feeling good. I feel I played well against Robina and I’d like to be up there with the (league’s leading) scorers – first would be nice!

“But whether it’s me, Josh, Harry or whoever … trying to win the league again is always the target.”