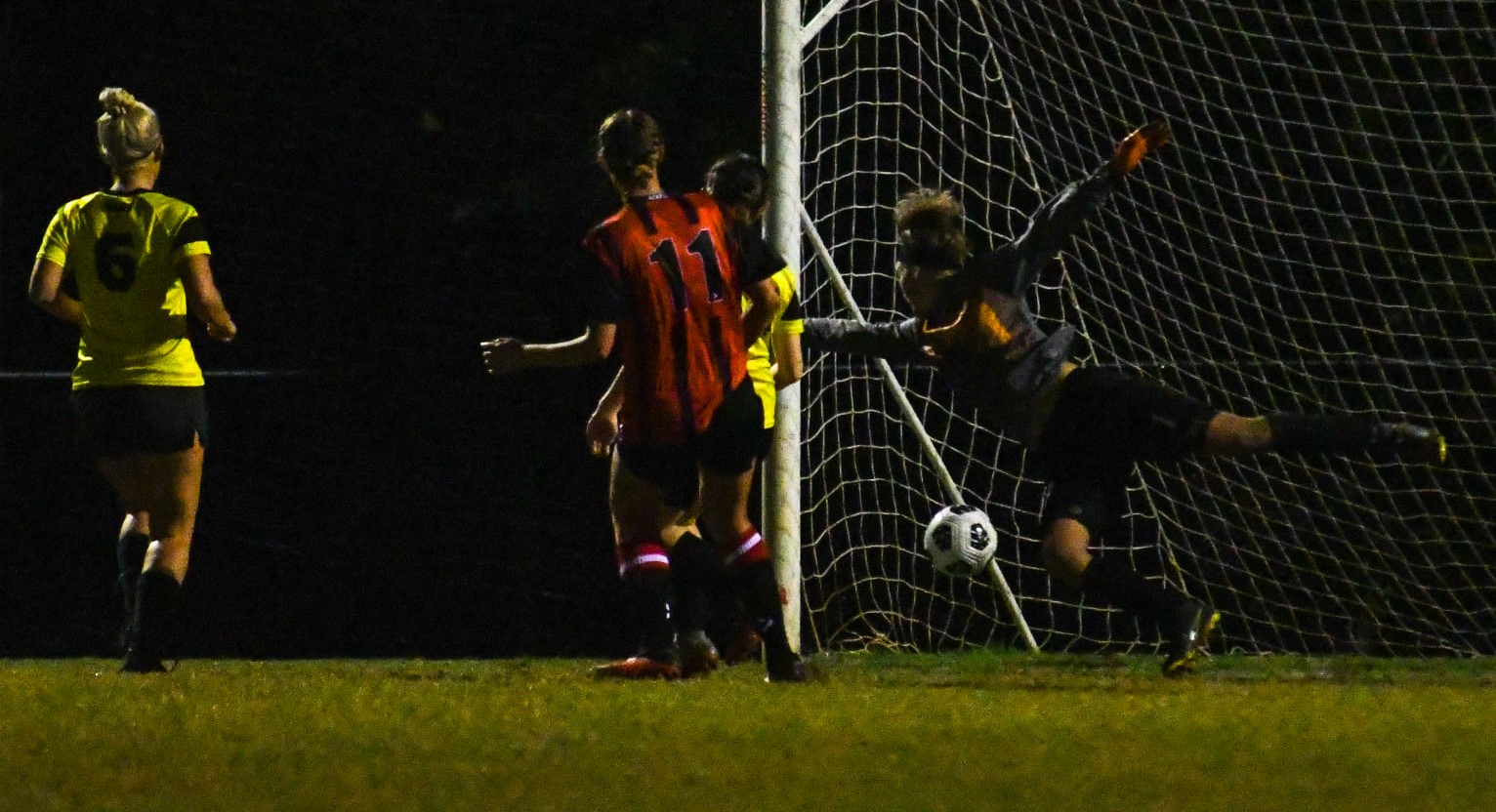 “Play our game” – that’s the lesson which ACE will take into tonight’s big local derby against Pine Hills at Wolter Park, kick-off 8.30pm.

ACE trailed 2-0 at the break, but rallied to draw 2-2. Goals from Morgan-Lee (see main picture) and Nat Finney meant ACE have been the to be the only side to take points off Taringa this season.

“We didn’t perform in the first half,” said the striker, “but once we had a chat at half time, we got more level-headed and thought about what we were doing.

“We went out (in the second half) and played our game – and it paid off.

“I think, because we drew with Taringa (1-1) in the first game this season, we may have put pressure on ourselves and there may have been some nerves.”

ACE will certainly be looking for a faster start tonight. They go into the game in fourth spot, one place and one point behind Pine Hills.

Yet, back in April, ACE won 2-0 at James Drysdale Reserve. “We had a strong backline that day and had quite a few chances,” said Morgan-Lee, our leading scorer with seven in 10 games.

“I think they (Pine Hills) have grown since then and have been performing like us so we need to take points in games like this, 100 per cent.

“We need to bring our game to the table, put pressure on them from the start and do everything we should be doing from the beginning, not after half time.

“I reckon, on our day, we’re one of the better teams in the competition.”

In a boost for ACE, captain Morgan Schoener was back at training this week after missing two games through injury.

ACE Reserves face Pine Hills Reserves at 6.30pm one place but three points ahead of the visitors and, like the senior side, looking to do the double over our closest rivals.