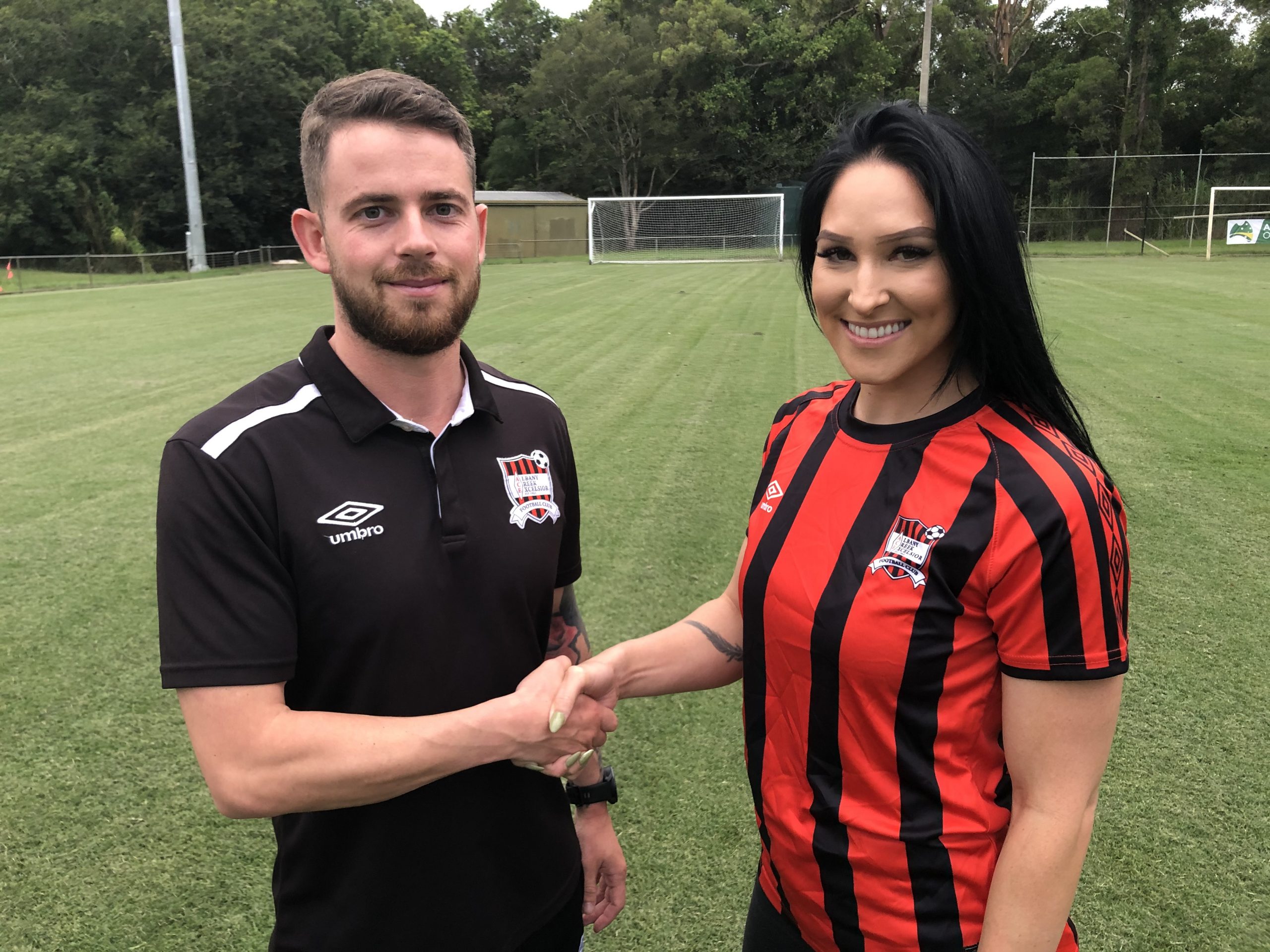 Bronty was in The Lakes’ team, preparing for the Brisbane Women’s Premier League (BWPL), which went down 3-1 in a late February friendly to a new-look ACE Capital League side.

However, Bronty remembered “a group of girls who, I guess, were strangers in the beginning, but had quickly become a solid team,” she said. “When we played ACE they were pretty good.”

So, when women’s coach Jamie Sanckson, pictured above with Bronty, asked the right winger to join ACE, part of the groundwork had already been done.

“Since then I’ve heard a lot of them speak about how they (ACE) rock up to play for each other …. and that’s what anyone wants to be part of,” said Bronty.

“I know Jamie’s (Sanckson) coaching style. I am competitive and look forward to being challenged by him and seeing what he puts me and the squad through.”

Coach Jamie said he had been impressed when watching Bronty play a “number of times” and believes that she will fit into the style he wants ACE to play.

“Bronty’s attributes and attitude are very good,” said Jamie, “the main thing she’s quick, strong, direct and as an attacking player that’s what I try to get my players to do.

“Can we be direct, can we beat players? I know Bronty can do that. She’ll chip in with goals as well.”

Bronty joins ACE after two BWPL seasons at The Lakes which followed two years with Virginia ….. who she joined after rising through the ranks at The Lakes.

However, in 2021 Bronty said she just wants to “enjoy” her football.

“I may have lost a little of the passion to play,” she said. “It is really an outlet for me, the game, it’s 90 minutes to escape and enjoy it.

“Being part of this ACE squad will be the main thing for me, being with like-minded people who are here for a purpose.”