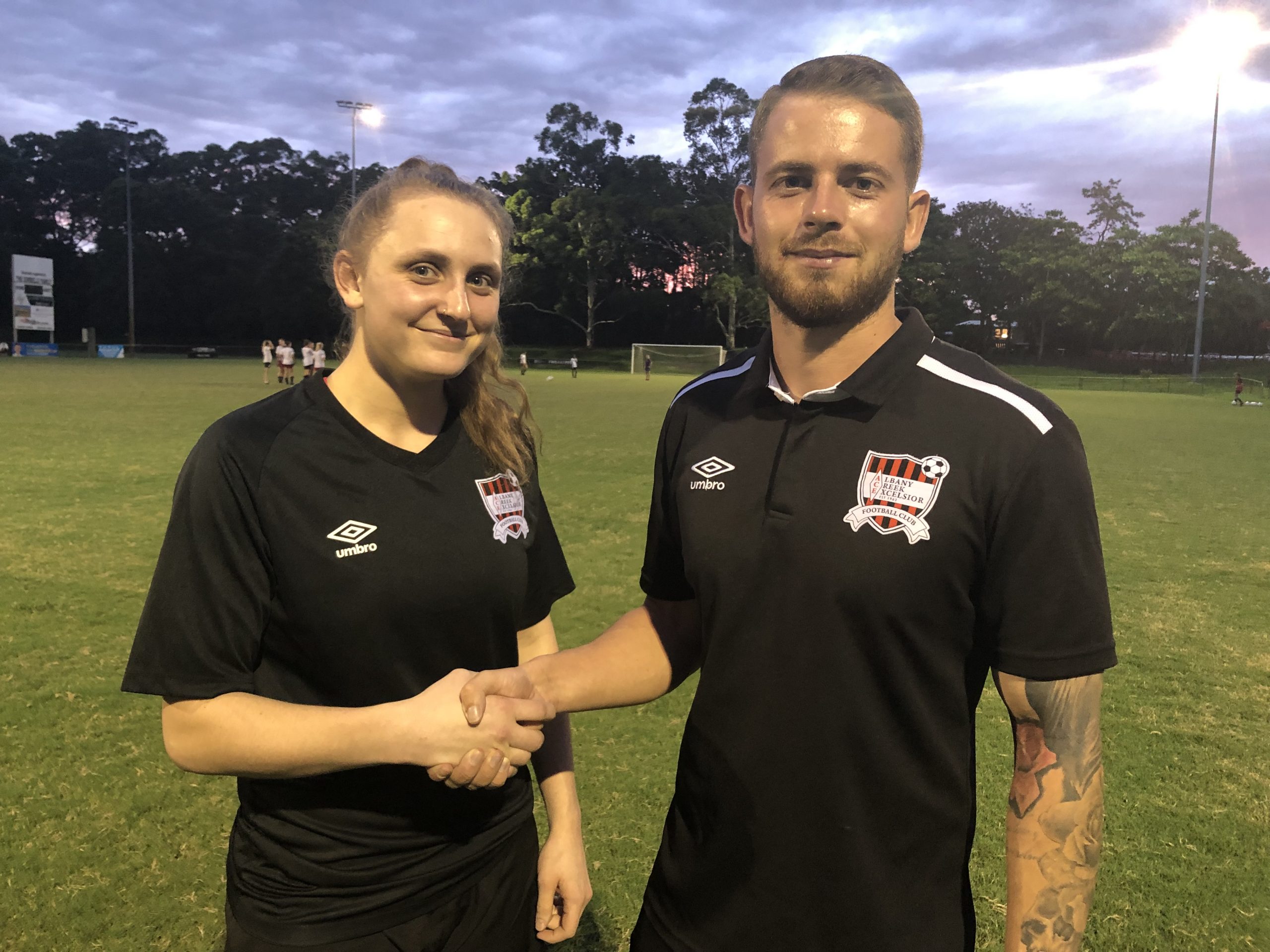 “I was going to have a year off,” Caitlin said, “then Jamie approached me and I decided to come over. I thought why not have another year.”

The central defender was with The Lakes last season when they won the Women’s Brisbane League Premiership and reached the grand final.

But the former Women’s City League player with Peninsula Power and Narangba, suffered a muscle injury and thought she would “give it a rest” this year … until ACE called.

“It’s coming good now,” Caitlin said. “I hope we can have a good year (in Capital League 1) and aim high, aim for the grand final.”

The start has been encouraging. Caitlin lined-up alongside fellow newcomer Chloe Globke on Sunday in the Elaine Watson Cup tie defeat by Peninsula Power.

But ACE drew praise for their performance in a 4-1 defeat, especially the second half, by against a side one tier above them in Brisbane’s women’s competition.

Caitlin is now preparing to face her former side when The Lakes come to Wolter Park tomorrow (February 27) for a pre-season fixture which kicks-off at 7.30pm.

“I thought she worked well with Chloe at the weekend,” said coach Jamie Sanckson, “Caitlin came to training, did well and signed from there.

“I had a message from one of the other girls saying Caitlin was looking or a club and be thinking of playing.

“Knowing how The Lakes went last season and the fact we needed another defender, I sent her a message to see if she was available – and she was.

“I think we now have good options in our squad. Good centre back pairing, midfield and upfront.”