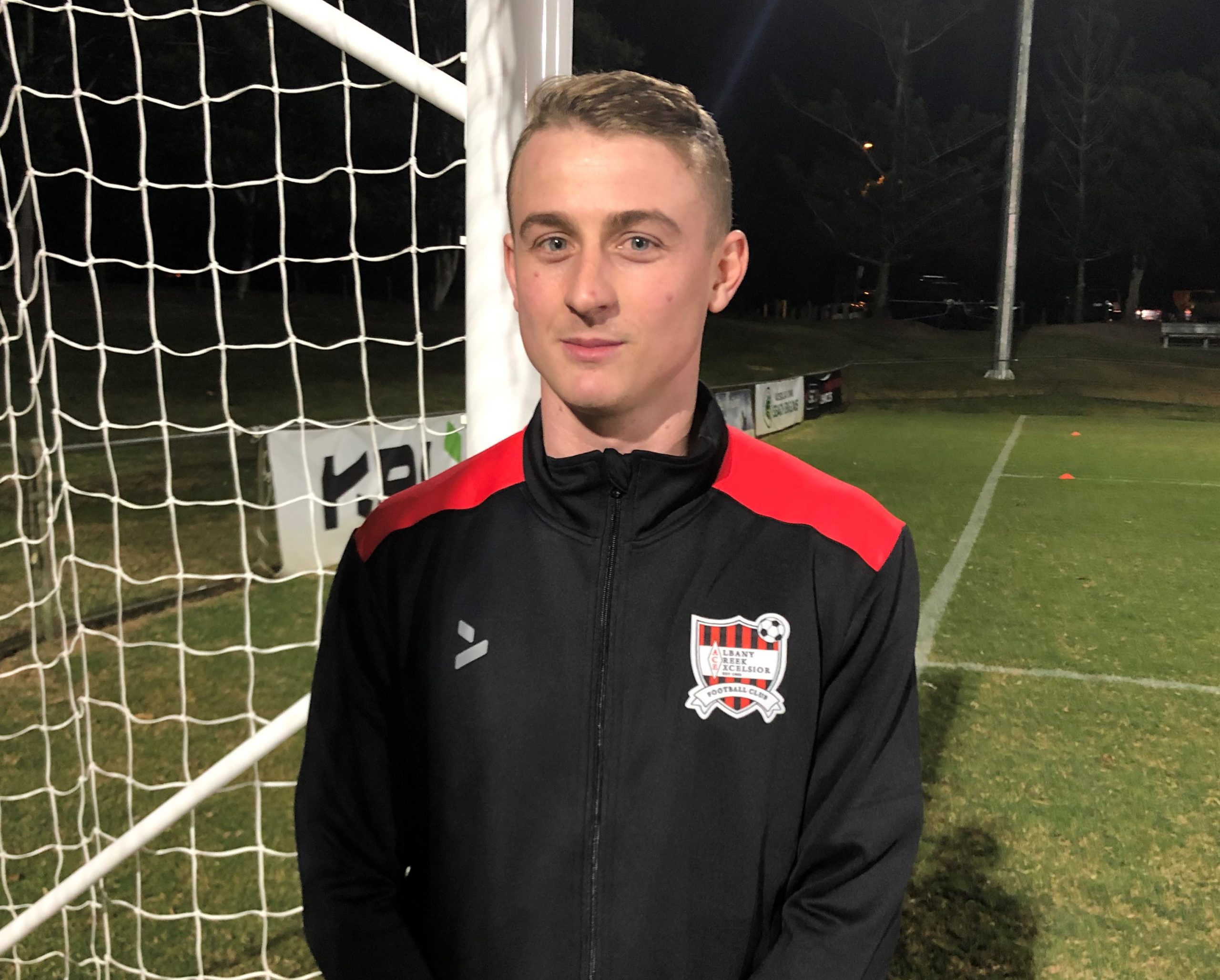 Carter Glockner has joined ACE at the start of two key Premier League weeks, with “no personal targets other than to enjoy my football”.

The 26-year-old striker adds more firepower to a squad which has already scored 71 goals in 13 Premier League games this season.

He also brings experience having played NPL and FQPL with the likes of Lions, Brisbane City, Mitchelton and Moreton Bay United.

Carter returned to training with ACE three weeks ago after taking a break from football and played the last 15 minutes of Sunday’s victory over Acacia Ridge.

“I joined ACE to get back to enjoying football … scoring goals, having fun. That’s what it’s all about.

“They’re a great squad. I’ve known a fair few of them for some time. They’re even better to play with than to watch.

“If my job is to come off the bench for the next month until I get a chance of a start, I’m not bothered. I’ll just try to support the team and influence the game.”

Carter joins with ACE travelling to fourth-placed Bayside on Saturday, hosting St George Willawong, in third, on July 3 and then away to fifth-placed Toowong on July 11.

“The next three are all tough sides to come up against,” said Carter, “they will be ready for every game and being in the top five cannot be taken lightly.

“But we’re top for a reason. It’s seven points, but effectively eight if you consider the goal difference (+60) which will be hard to overtake.”

ACE Reserves lead their division with an identical playing record (11 wins, 2 draws, 35 points from 13 games) to the seniors and a goal difference of +38.

The Ressies face Bayside in the Premier League Reserves competition at 3.45pm on Saturday before the senior sides meet at 6pm.