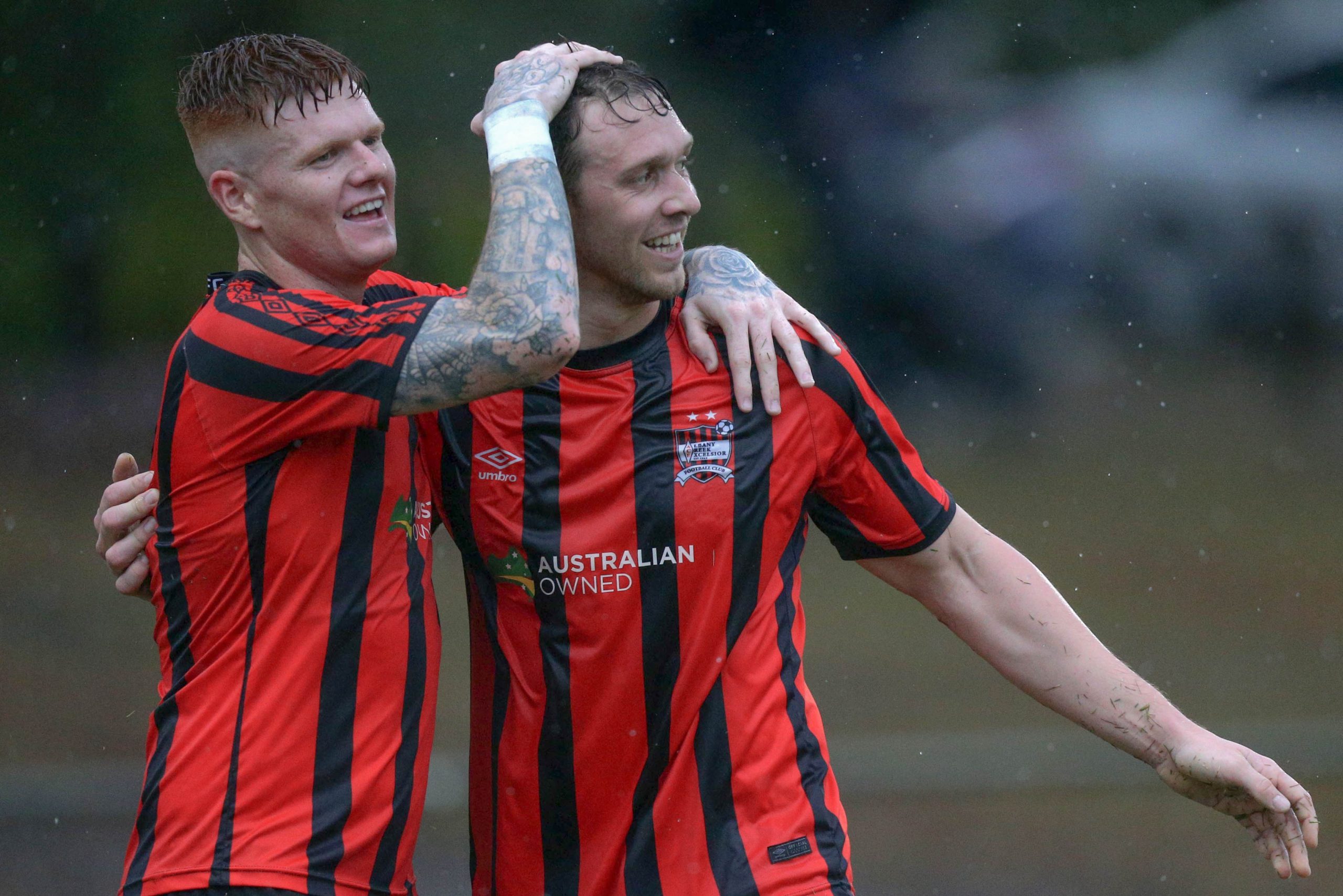 Both sides have maximum Premier League points so far and both have scored seven goals – however ACE have done that in one game and Bayside two.

Since 2018, ACE have won three, lost two and drawn once in the Premier League against Bayside, who took the honours in the FFA Cup against us last season.

This year both sides are in the FFA Cup SEQ Preliminary Round Four with trips to NPL opponents – ACE go to Gold Coast United on April 1, Bayside are at Easts the night before.

“Bayside have always been strong ever since I have played them,” said Josh, pictured above with team-mate Ally Russell after scoring last season, “strong in possession as well.

“They are a rival, no doubt, but I think we need to focus on how we play, not on them. Concentrate on our game, attacking, pressing, dictating time and possession.

“Having played with each other more nowe, I think we’re clicking more this year … and our bench is awesome.

“We can run ourselves into the ground for 60 minutes knowing someone can come on and do a great job. In fact, the bench players could start a game, so the depth of our squad is pretty good this season.”

Josh scored twice and had one assist in ACE’s 7-0 win over Brisbane Knights in Round One, but he is taking nothing for granted.

“I’m happy with that start, but I believe I could have scored more in the last game. I had a few more chances,” he admitted.

“If I don’t have a good game, I know I could lose my place. But that’s what pushes me to work harder and do things like extra shooting after training.

“It’s all about competition for places and just focussing on each game as it comes along. We’ll think about the game after that at the right time.”

That game is a trip to the 2020 Premiers St George Willawong on March 28, but as Josh said it’s Bayside first tomorrow.

ACE Reserves, who also started with a victory over  Brisbane Knights, face their Bayside counterparts at 4pm tomorrow.