Do not underestimate UQ, says Pouria 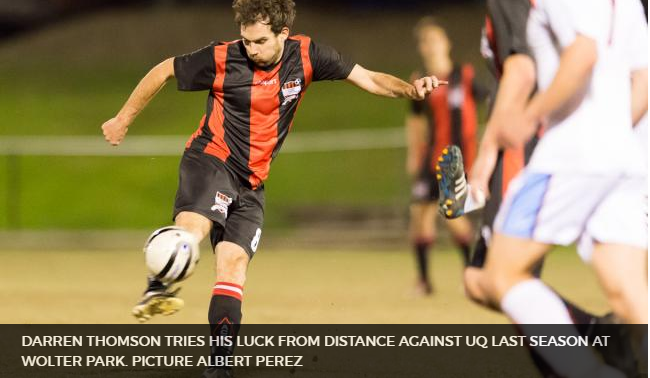 First, to improve on last week’s 3-3 draw at Ipswich Knights and second, not to fall victim to this season’s surprise package.

ACE led 3-1 entering the final 10 minutes, thanks to goals from Rob Buhmann, Darren Thomson and Riley Campbell, but let the two-goal cushion slip.

Despite his team being sixth afterthe first round of matches, head coach Pouria Nabi was far from happy approaching Saturday’s visit of UQ.

“We were disappointed with the performance and the result (at Ipswich),” said Pouria, “that was far from our expectations.

“It was not the quality of performance we wanted and the last two goals were down to mistakes. Our concentration slipped.

“No excuses. We were just not successful in achieving our target.”

UQ have, for some years, flirted with the lower reaches of the Premier League, but on Sunday caused the opening round’s biggest shock beating grand final Peninsula Power 3-2 with Pouria watching the second half from the sidelines.

“UQ are a good side, one of those sides you do not want to under estimate. I saw them against Peninsula Power and they proved they can surprise teams.”

“There is no guarantee of three points before this game or any game,” said the ACE coach, “we said before last weekend that we had 22 cup finals ahead of us and nothing has changed.

ACE expect to have a full squad to select from for Saturday match at Wolter Park. Before that ACE Reserves take on UQ Reserves, kick-off 3.45pm. 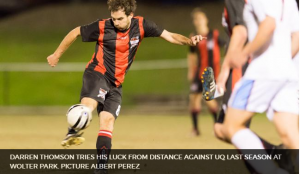