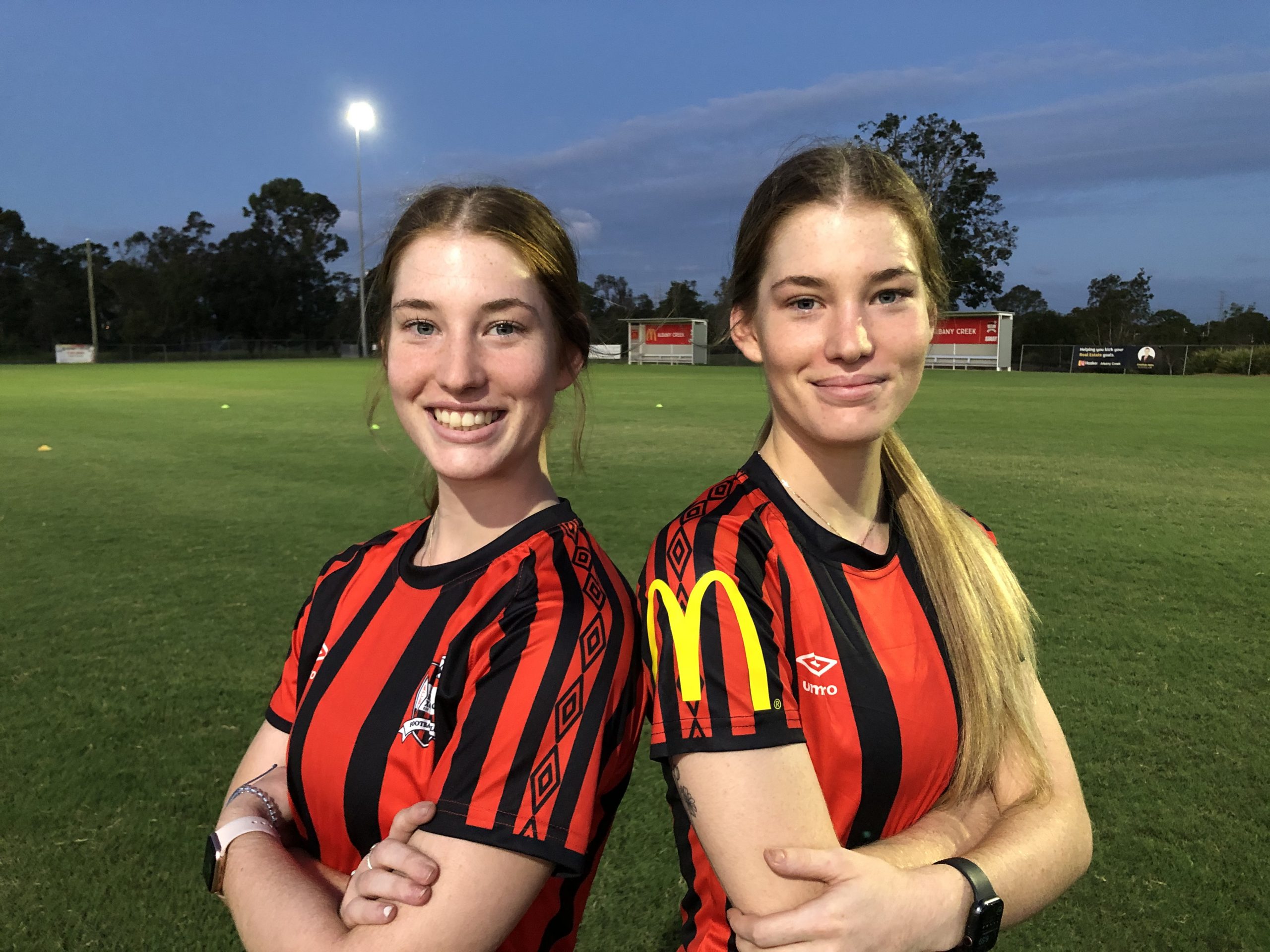 ACE women’s coach Jamie Sanckson said the decision to sign Jorja and Mykaela Rolls was a “no brainer”.

The 18-year-olds have joined ACE’s Capital League 1 squad for the 2021 campaign having been in Moreton Bay United’s NPLW set-up.

Last season that included games for the sisters, who are predominantly central defenders, in both the Jets’ Under 18s and senior women’s sides.

“Obviously, when I knew that the girls were available it didn’t take much thought on trying to get them in,” said ACE coach Jamie Sanckson.

“I remember the girls playing at North Star against us previously … they were very composed on the ball and I was impressed my them.

“I had a couple of people internally (at the club) advise me more on their ability and it was a no-brainer to get them signed.

“They will fit straight into the squad we are building and their NPL experience will be invaluable for us this season.”

Jorja and Mykaela have also played for Albany Creek Excelsior (ACE) and Brisbane City, as well as Moreton Bay United and North Star.

They started at ACE when they were in Grade 6, said Jorja. “Much of my career has been here,” she added, “it’s my local club and I like it.

“I do remember playing against ACE when we were with North Star and they were pretty good. I hope to have a good time here, stay fit … and win.”

Mykaela is looking forward to settling into her new team. “I feel like it will be good for us,” she said. “it’ll be a good challenge. The girls will be a bit more physical.

“ACE are a good team and they play with a good atmosphere. The competition is good and I hope we’ll have some fun this season.”