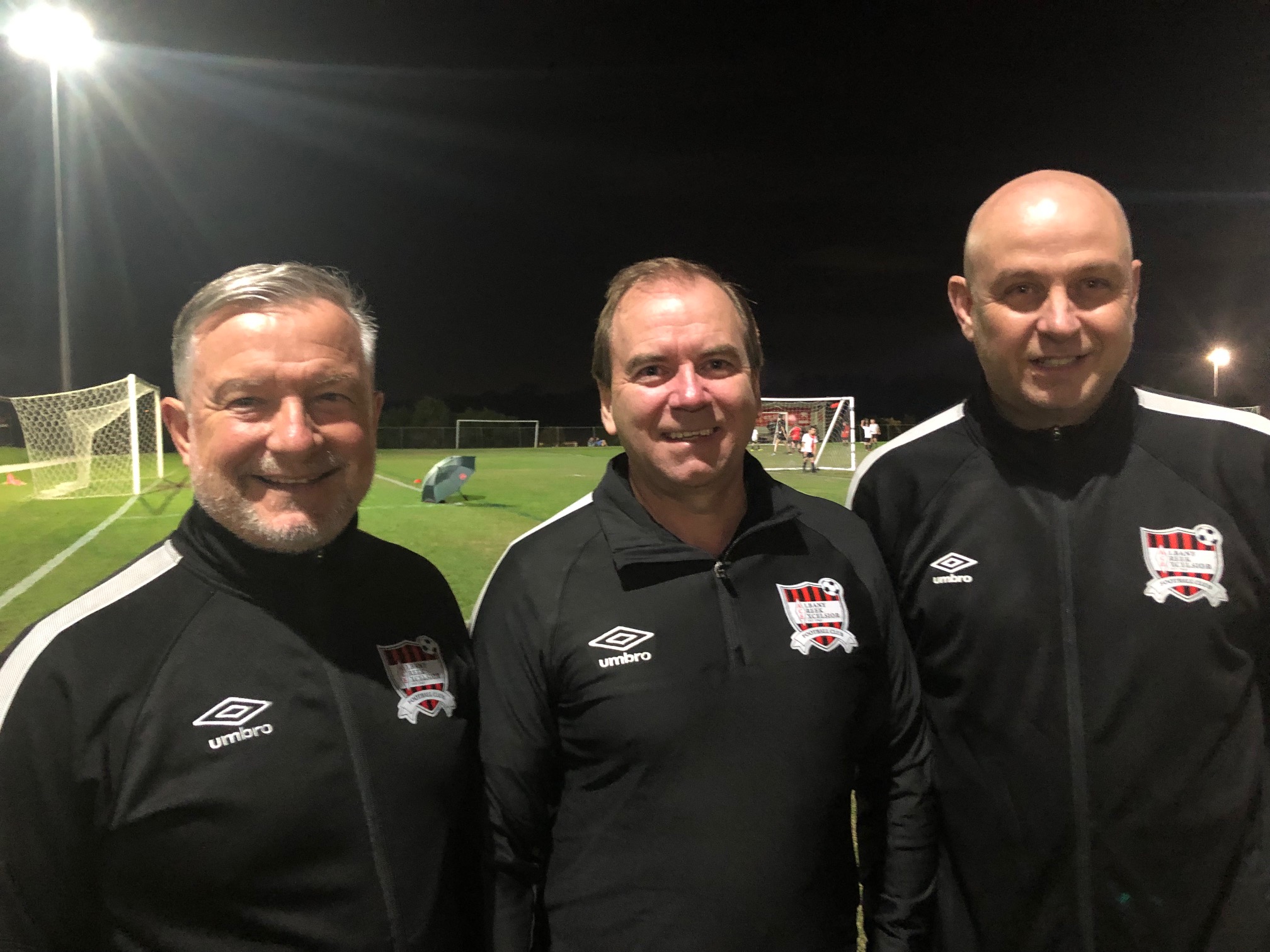 ACE have started preparing for 2020 with two huge signings for the senior men’s team.

Coach Steve Glockner and assistant Alex McMillan have put pen to paper and will be back with us next season.

It is a massive boost with ACE leading the race for the Premier League crown and preparing for tomorrow night’s (August 7) Canale Cup semi-final against local rivals Grange.

“I am delighted to announce that the club has signed both top-side Brisbane Premier League coaches Steve Glockner and Alex McMillan for a further term of two years,” ACE President Tony Dooley said.

“While their impeccable on-field record speaks for itself (only three losses in the last 41 BPL top-side competition fixtures), it is the respect they have generated among the senior playing group and ACE members that resonates most with me.

“They have developed a fantastic bond with all of the boys and instilled a remarkable work ethic and a willingness to improve aspects of each player’s individual journey at the club.

“This has culminated in premiership success in 2018 and currently leading the title race in 2019.

“Obviously, there was risk involved at the outset where personalities were unknown to each other, but both Steve and Alex have fitted in seamlessly at the club and are looked upon as much more than just coaches of the team.

“On behalf of the ACE committee, players and supporters, I congratulate both on their success while at the club and look forward in anticipation to further success, both in season 2019 and in the future.”

At present, ACE are three points clear of nearest-rivals Toowong in the Premier League with three matches to play.

“I’ve really enjoyed myself here for the last two years and can’t think of anywhere else I’d rather be,” said Steve.

“It’s a club that looks after you, where the people are excellent, where I enjoy working with Alex and the players are great.

“This year we started with four players and last year we lost 16.

“It was really difficult so it would be nice to build some continuity now and work on the younger players coming through and look to the longer term.”

Alex said he needed little time to consider the club’s offer for 2020.

“What’s nice about ACE is the people here are very proactive, they don’t wait until the last minute, they get things sorted out nice and early,” he said.

“I didn’t think twice about next year. Tony spoke to me, no problem straight away … where do I sign?

“Working with the ACE people has been so nice the last two years, they are honest, friendly, really good.

“We might be looking at rebuilding the team, bringing in some younger players which will be a nice challenge next year.

“Working with Steve again … we have been reasonably successful so far, so hopefully we can keep that going.”