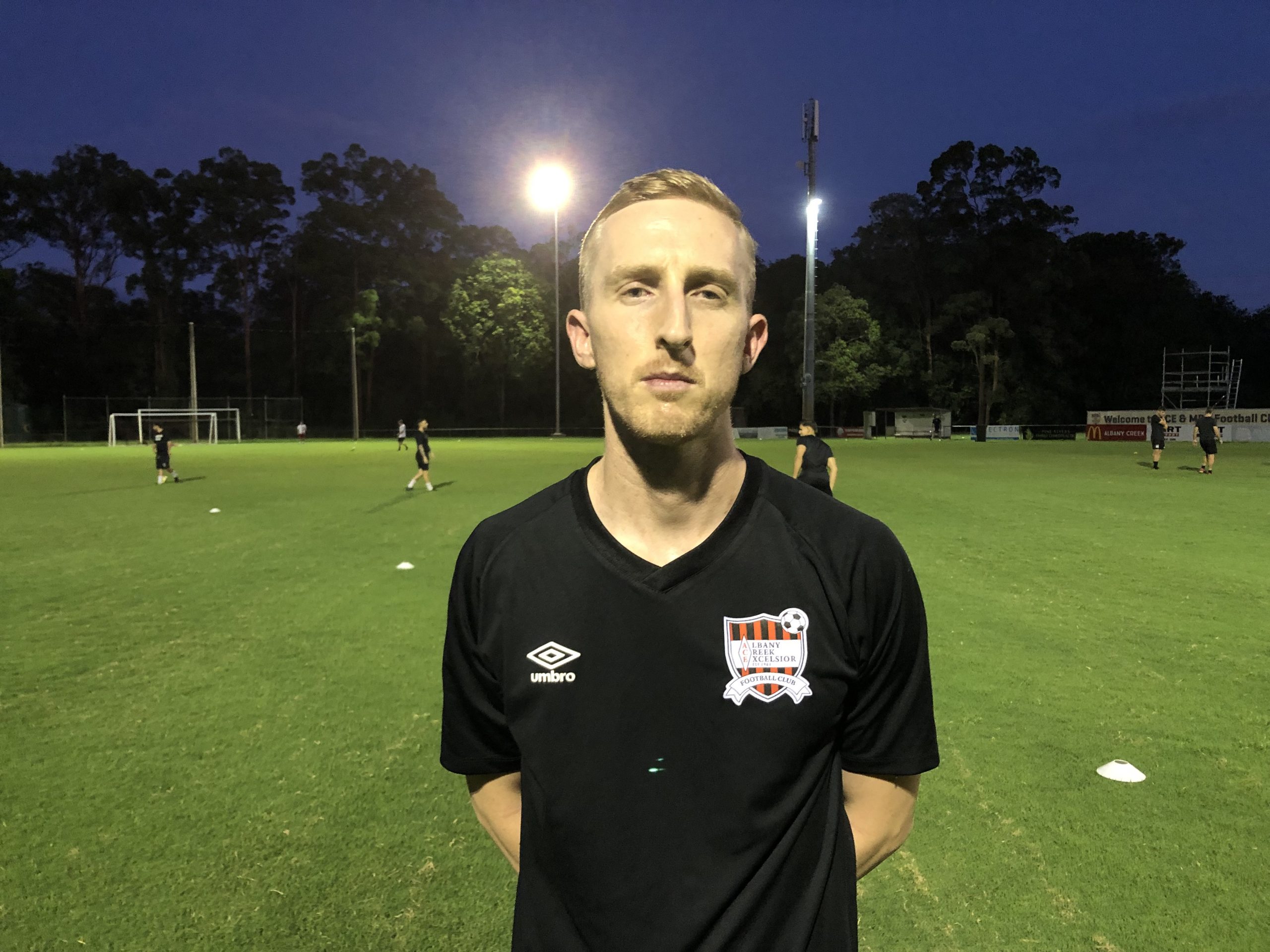 There was never any doubt where Jay Brindell-South, pictured, wanted to play this season. It was ACE.

“I always wanted to come back,” the 29-year-old defender said, “definitely, after last season.

“I learned a lot from Steve (Glockner), but think I can always improve, that’s why I wanted to go around again.”

With many of last season’s double-winning squad re-signed, expectations in some corners are already high for 2020,

Especially with ACE also strengthening their Premier League line-up and now coming to the end of a settled pre-season.

“I don’t think last season’s double has made it any more or less. We know we still have a job to do, every game.

“There is good competition for places which pushes everybody. I think we’ll have a side as good, if not better, than last year.

“No-one can assume they have a place. We have a lot of good players and depth to the squad … you just have to try your best.”

He is known as a defender but towards the end of last season was used further forward, with some success.

“I don’t mind playing further up but I prefer further back,” he said, “but I’ll play where ever Steve wants me to play, I just want to be playing.”