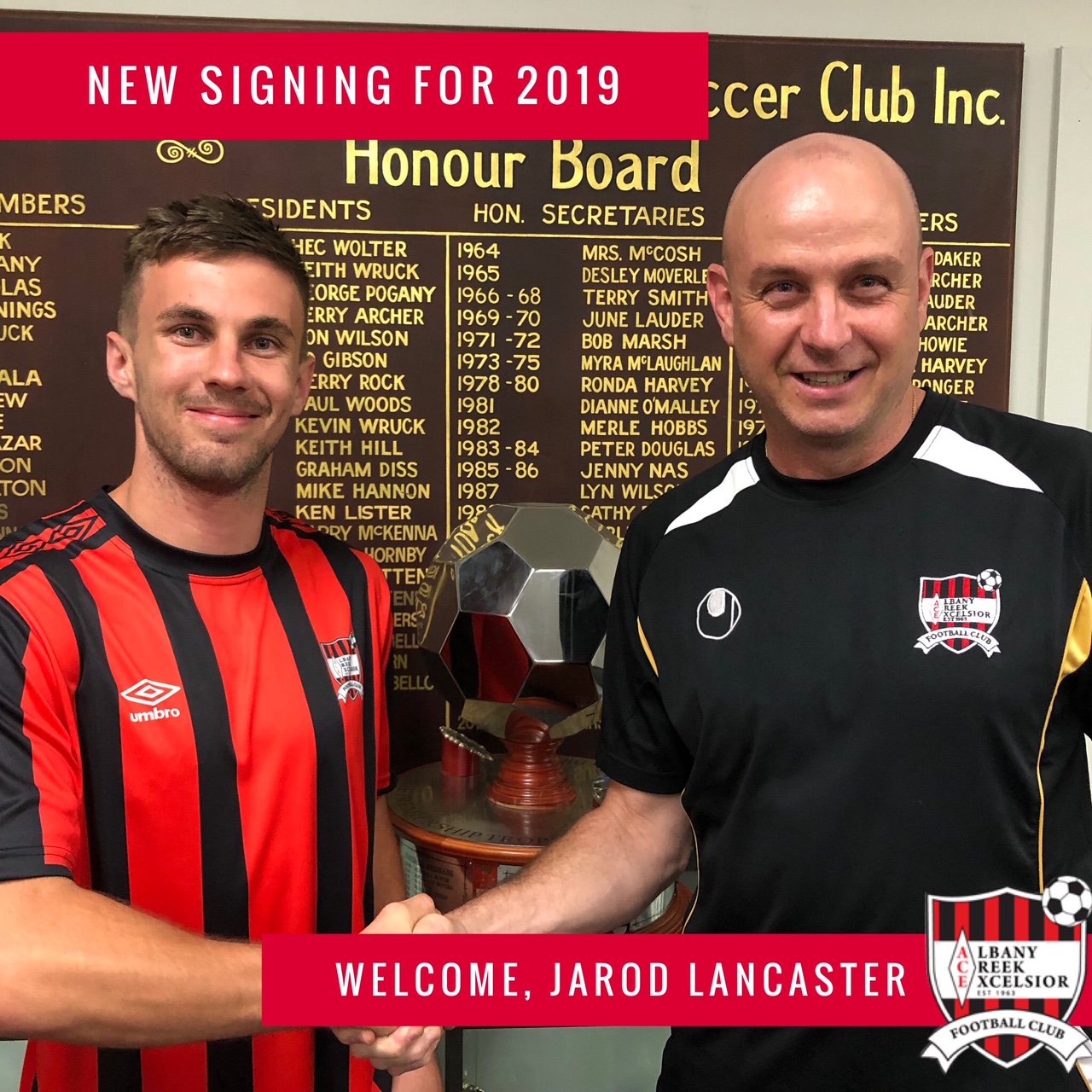 The midfielder was an ACE target 12 months ago when Glockner first took charge at Wolter Park.

“I tried to get Jarod to sign last year with no luck, so I’m very happy to finally get him now,” the ACE coach said.

“I have known Jarod for six years coaching at Easts and I know the value he will add to our squad on and off the park with his experience at QPL and NPL level.”

Lancaster played for Easts in the QPL last season and in 2013 was with Central Queensland in the first season of the NPL Queensland.

“It wasn’t a hard decision when I knew he was looking for a club,” Glockner added.

“Jarod has an extremely high work rate with the ability to score goals and is a pleasure to coach.”

“It seems like the club is building towards something good,” the 26 year old said.

Lancaster also said signing for ACE was “not a difficult decision”.

“I spoke to Steve and it sounded like there was a good bunch of boys here and they have some fun.

“So not difficult decision to make having played under Steve at Easts.

Lancaster said he was a “box to box” midfielder, liked to put in the hard work and hoped to chip with some goals and assists.

“It would be nice to go one better this year (after ACE won last season’s Premier League title) and win the double.”