‘Exactly what we want’ 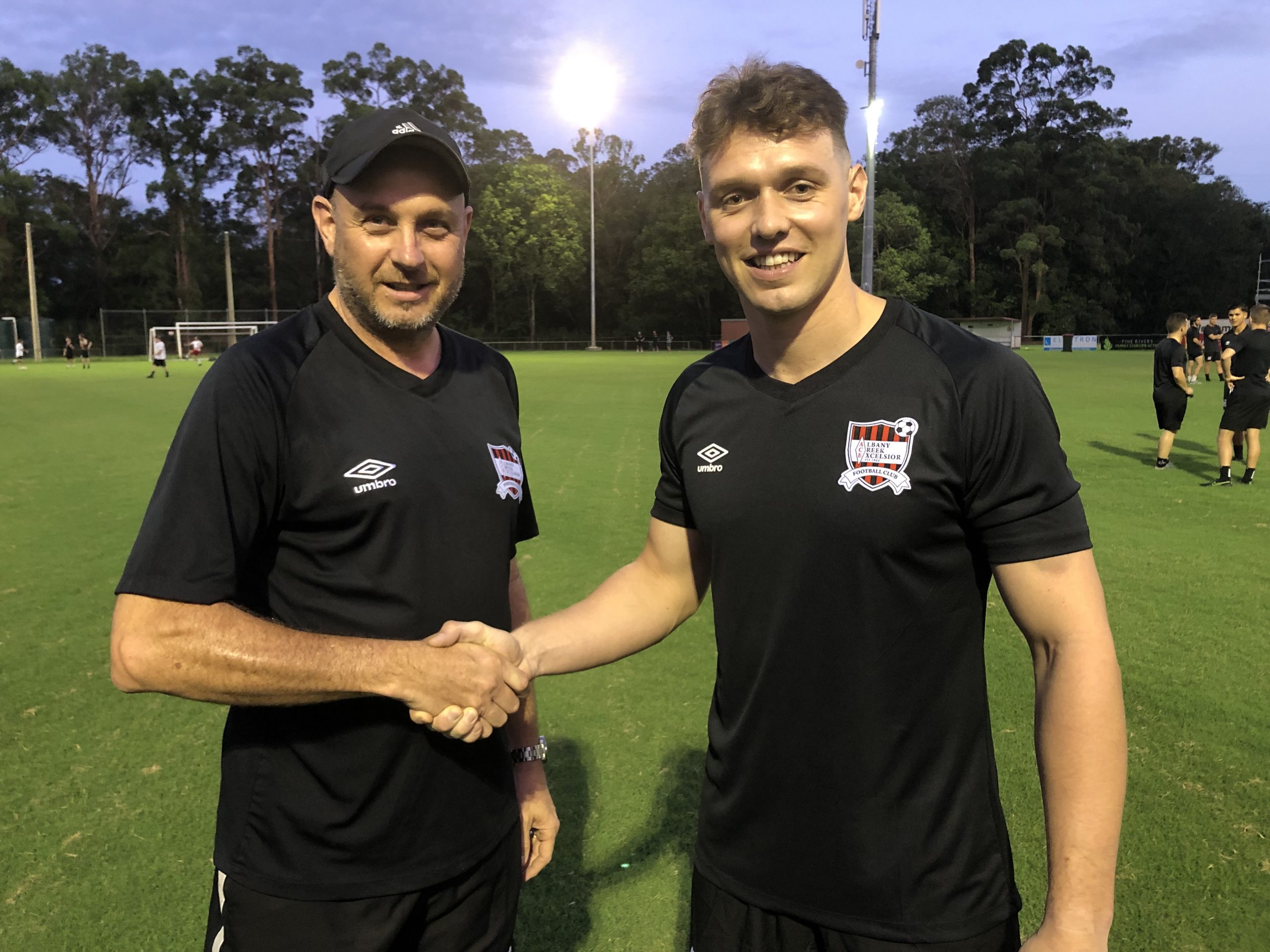 NEW signing Josh Cartman will be a ‘huge asset’ this season, according to ACE coach Steve Glockner (pictured with Josh).

The 29-year-old has joined an ACE squad chasing a hat-trick of Premier League titles – with three of last season’s leading goalscorers!

Josh tied in the Golden Boot with Ryan Shaughnessy on 19 at the top of the BPL scoring charts, before Ryan won a crossbar challenge.

Ally Russell was fourth on the same list last year with 14 goals, only separated from the top two by Sho Koto of Bayside United (15).

“His (Josh Cartman) quality will be a huge asset through the season,” said Steve Glockner. “Since he started training with us, he has worked hard and fits in with the team.

“His work ethic and attitude are exactly what we want within our squad. I’m looking forward to seeing him in ACE colours.”

Josh admitted his decision was swayed by matches against ACE last season with The Gap. “The way ACE played was quality,” the central striker said, “keeping the ball on the floor …. attacking, quality football.

“I want to play with the best in this league and sharing the Golden Boot with the best player in the league (Ryan Shaughnessy) was a massive reason for me coming here.

“Last season I was joint top scorer with a team which finished mid-table. If I get more chances this year, if there are more people providing chances, I believe I will score more than last season.

“I know it’s very competitive here. There’s a lot of good players. Last season I probably wasn’t getting pushed. I was guaranteed starting. But here it’s not guaranteed.

“I’ll have to be on my toes in every training session and up my game, which is what I want to try and become the best player I can.”

Josh, from Preston, played semi-professionally with Bamber Bridge in the Northern Premier League – the seventh tier in the UK. He then joined Rockingham in Perth, before crossing the Tasman to sign for Queenstown in New Zealand and spent last season at The Gap.

His targets now are to beat his tally of 21 goals in all competitions last season – and help ACE win a third successive Premier League crown.