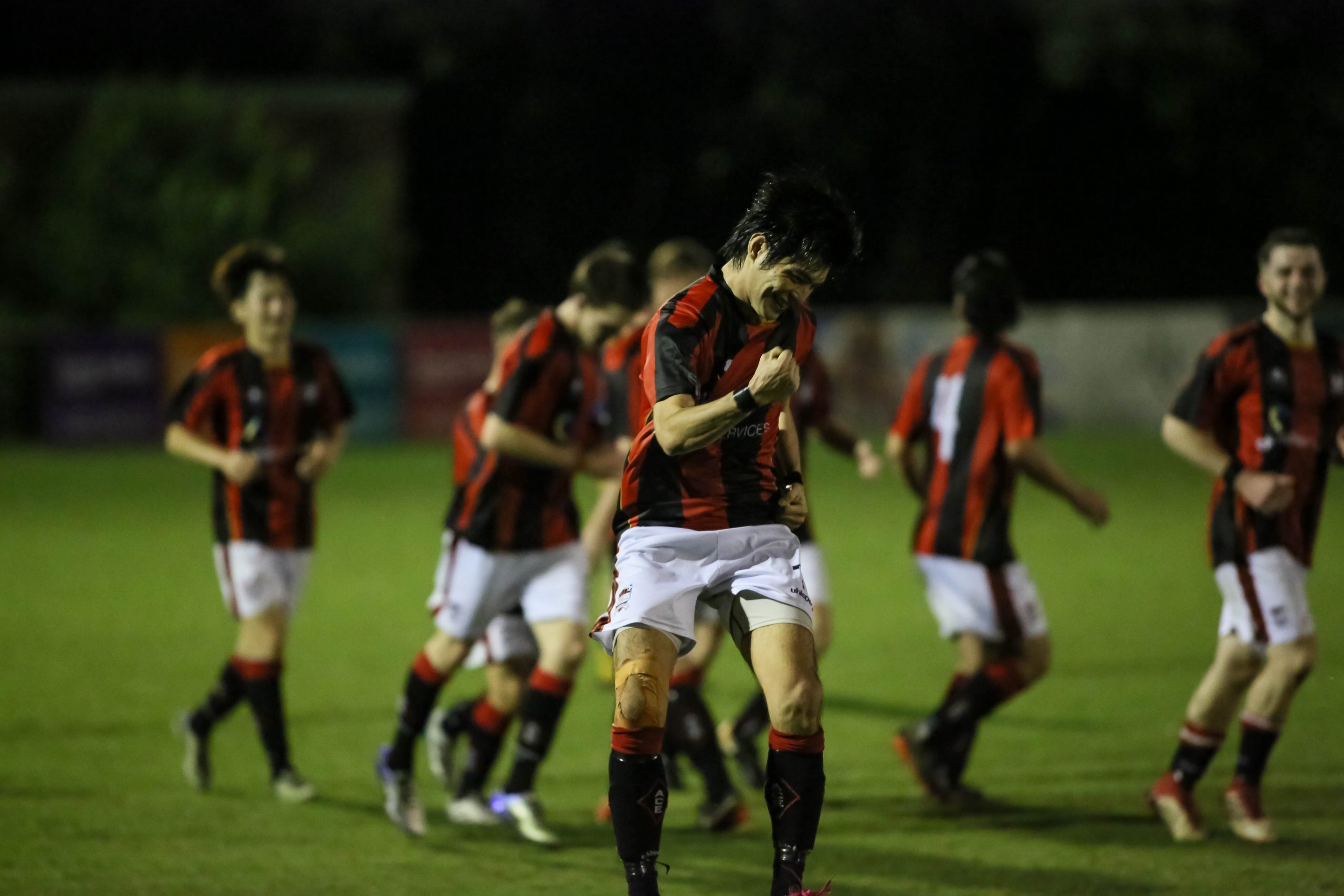 FEW players have seen the rise and rise of Albany Creek Excelsior quite like Yasu Fujimoto.
The 29 year old joined ACE in 2014 and has played almost 100 Brisbane Premier League games in the club’s white, black and red.
But tomorrow may be special. Very special. And Yasu can’t wait.
Victory at North Pine (6pm) would secure ACE’s first Premier League premiership – to go with the Reserves’ title and Club Championship won last weekend.
“I’m excited, of course,” he said, “my first year here we finished eighth. Last year it was fifth. This year we could win it.
“It has been a great team effort. Everyone has worked so hard and everything came together quickly (at the start of the season).
“But we have to keep going after this weekend. We have one game against Virginia, then the finals.”
Yasu was in the ACE team which clawed its way to safety in 2014 when an 8-2 win over North Star, in the final match, ensured safety.
He scored one of the goals that night. Defensive colleague Matt Andrews was also in the line-up.
Yasu then played almost every game as ACE finished sixth in 2015 and eighth in 2016, before he missing half last season with injury.
ACE were fifth, missing the finals on goal difference. That disappointment faded and Yasu was back this season, but in a different position.
“My knees are not too good, but I can still get through matches,” he said.
“I like playing upfront, but at the moment I am enjoying playing full back. I am still scoring goals.”
Category: UncategorisedBy Ace SoccerAugust 16, 2018Leave a comment