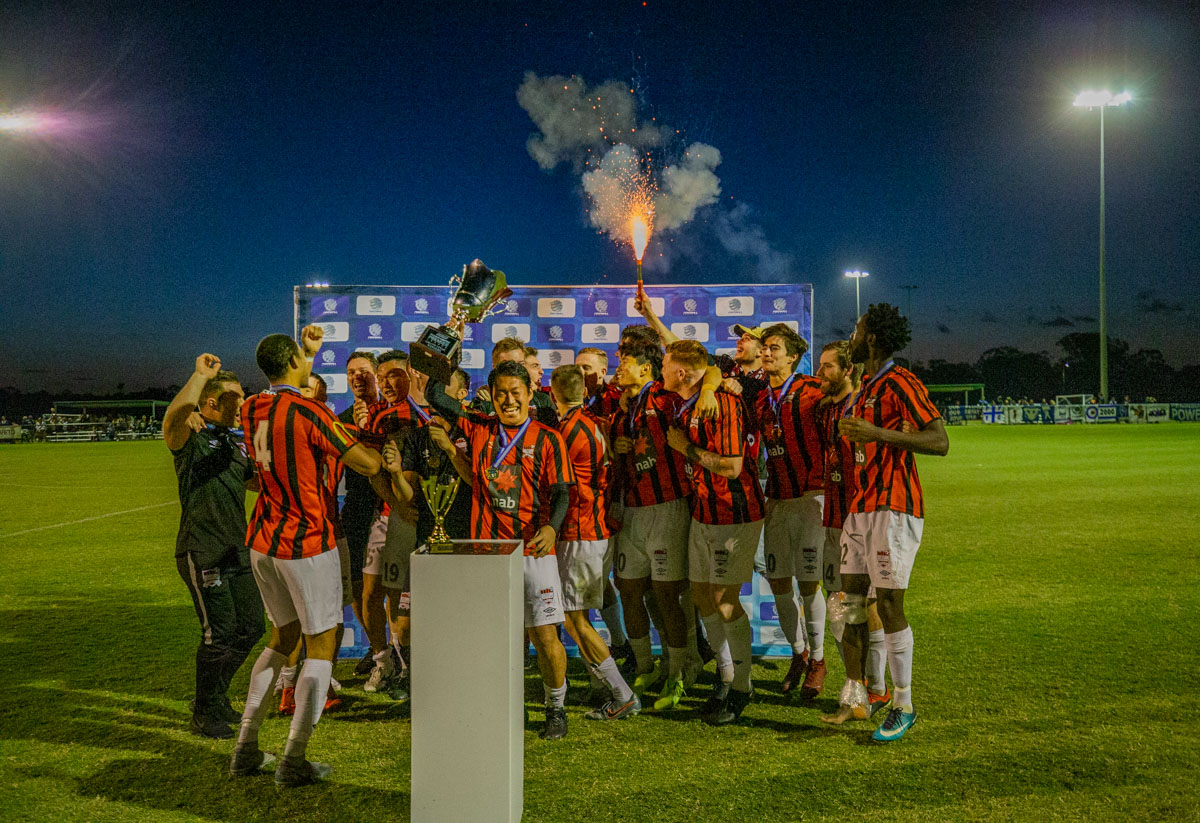 President Tony Dooley told this week’s Albany Creek Excelsior AGM that 2019 was a “fantastic” season for the club.

“Just when we thought 2018 was a stellar year for the club, along comes 2019 to prove we have the right structures in place on and off the field to remain the benchmark for all clubs in Football Brisbane,” he said.

The club President said the “resounding” premiership and grand final wins for our senior BPL men’s team underlined the overall strength of the club.

Mr Dooley paid tribute to the stability of the senior coaching group saying it was one of the club’s greatest strengths, with the nucleus of the management committee. “It has been a fantastic and enjoyable season where we have been consistently strong in all age groups,” he said.

The President told the AGM coaching additions had given the kindy program “even more momentum” and a “positive first impression” for families joining the club.

That success has continued at trials in all age groups for 2020 which Mr Dooley said had “surpassed expectations” suggesting ACE would be “extremely competitive” next season.

Off the field sponsorship from McDonald’s – which has been confirmed again for 2020 – enabled ACE to install new dugouts and portable goals as well as safety netting. Grant funding also paved the way or floodlight upgrades on the junior and training fields at Brendale.

The management committee for 2020 is listed below. Vacancies remain for Junior Vice-President, Women’s Representative and Sponsorship Co-ordinator. Anyone wishing to nominate or looking for more information is encouraged to contact ACE.

Treasurer Nathan Pain told the AGM that ACE continued to be in a “strong financial position” with results comparable to 2018. “A continued strong cash flow enabled us to meet our ongoing financial commitments without having to substantially increase costs to members,” he said.

Mr Dooley said the ACE management committee would soon be talking with Moreton Bay Regional Council about getting more fields at Brendale to “ease the burden” on our current fields.

Council is also planning to move the boundary of the beach volleyball centre beside Field 2 at Brendale giving ACE space for shaded seating, which will be a grant priority.

A major off-field addition for ACE in 2020 will be welcoming Scott Smith, from Albany Creek Physiotherapy, to a non-committee position of Medical Director, ensuring player safety is paramount at every game and improving knowledge of first aid, injury treatment and prevention.

Mr Dooley thanked all committee members, administration staff and volunteers for their hard work saying “we should be proud of what we have achieved for our community and the sport”.