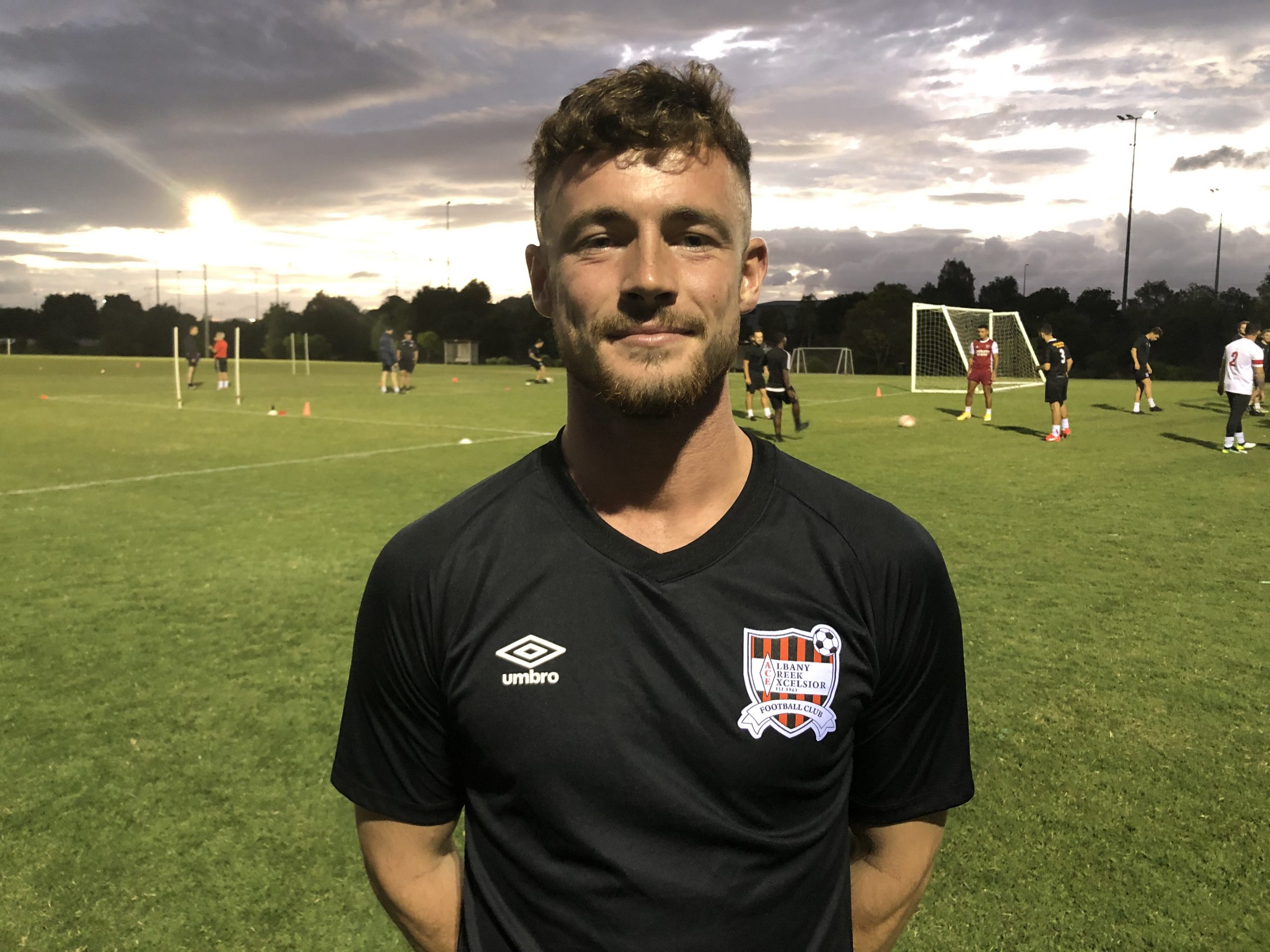 Harry Smith, pictured above training at Brendale, had no hesitation when asked what his top target was for the 2021 season: “Score more goals,” he said.

The 24-year-old winger arrived in Australia one year ago and, having contacted coach Steve Glockner before leaving the UK, joined ACE during the restart of the Premier League.

Injury restricted his appearances but Harry found the back of the net twice in the 5-3 victory at North Star, before leaving to work on visa requirements.

At the time coach Steve Glockner hoped Harry would return to Albany Creek Excelsior – and he has.

“It was a brief time here last year, but I enjoyed it,” he said. “They are a good group of lads here, Steve and (assistant coach) Alex (McMillan) as well.

“It was a no brainer to come back really, I knew everyone already and it would be easy to get straight back into it.

“In terms of fitness … I’m getting there, not far off … and I think having continuity in the squad, with plenty of players here again, will make it easier.

“Now I want to score a few more goals. I used to do it a fair bit in my youth career, but it’s dropped off. I think I should be getting double figures.”

Higher than 15? “Definitely,” he said. “I’ll be disappointed if ACE are not up there challenging (for the Premier League title).”

Harry is from Brighton, on England’s south coast and played semi-professional football in the Ryman League (England’s seventh tier) and a “bit” in the Conference.

He prefers playing upfront on either wing but is happy to play through the middle as well.

Harry will be in action on Sunday (February 7) when ACE face Southside Eagles, who are two tiers higher in the FQPL, at Wolter Park. Reserves kick-off 4pm. Seniors at 6pm.