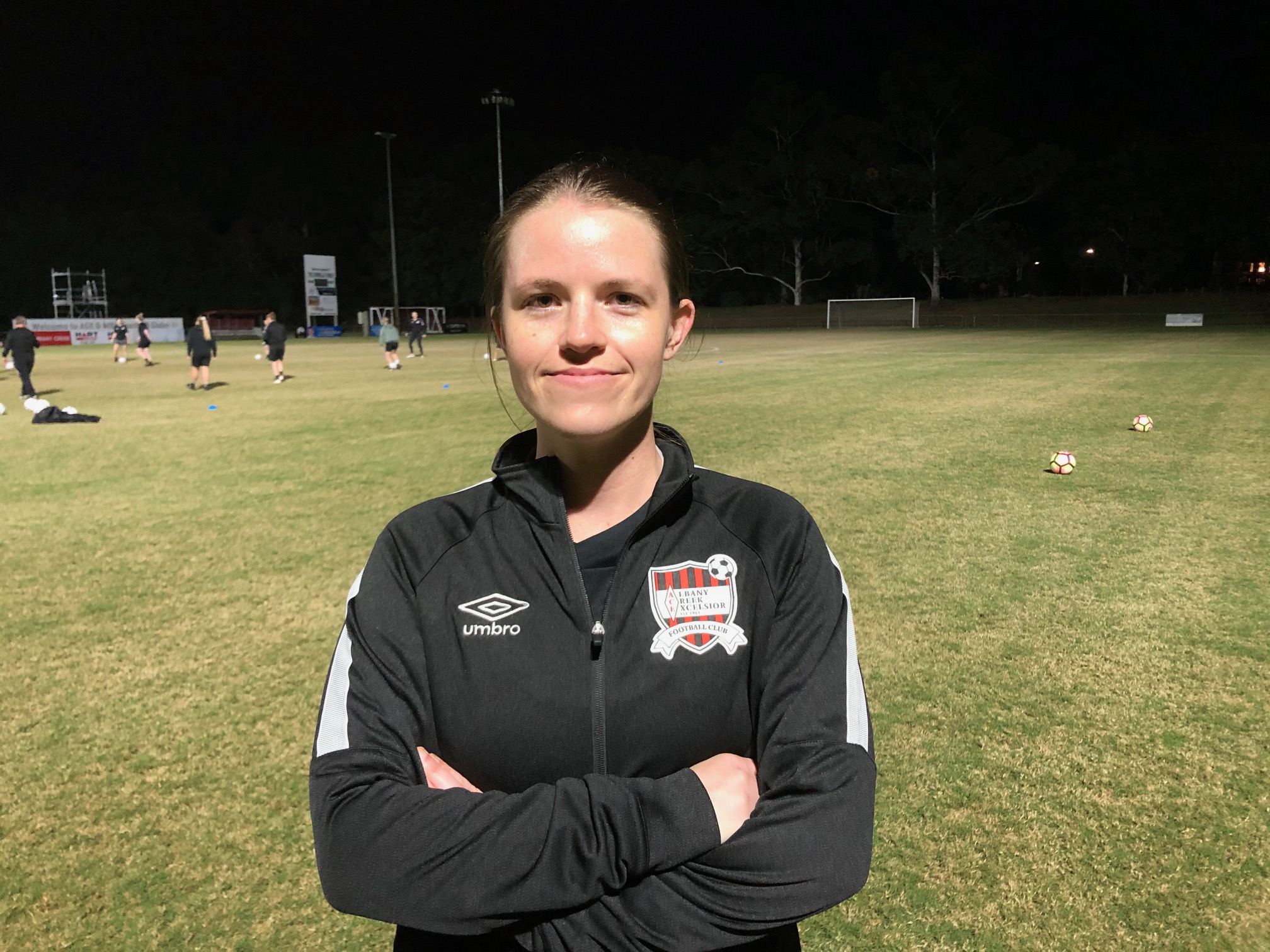 THE ACE Capital League 1 women’s team launches its 2020 season this weekend with a new signing.

Nat Finney has joined the squad which has its first test on Sunday when Taringa visit Wolter Park, kick-off 4pm.

Nat, who can play in a variety of central positions, has played at Grange, Newmarket, Mitchelton and Virginia, where she started in the Capital League before being promoted to their Premier League side.

“I was going to have this season off and go on holiday,” said Nat, “but COVID hit. Then Morgan messaged me and Jamie messaged me.

“I said no to start with, but they messaged again and I came down to training. The fact that it was a change was a big reason to join.

“I got the vibe it would be good here. No targets have been set for me, but I like to aim high – perhaps 15 goals.”

Nat will be a welcome addition to ACE’s squad which faces a new format of 11 matches before the league divides into the top and bottom six sides for two separate competitions. One team will be promoted to the Premier League.

“We all kept in contact (during the shutdown) and I said we had to stay focussed because we weren’t sure when we come back,” said coach Jamie.

“Our goal is the same – to get promoted. That’s the club goal and, if anything, the players have come back a little more hungry, because they’ve missed it.”

“I think quietly ACE may be among the favourites and we may be up there at the end of the season.

“With only one place for promotion there’s probably going to be quite a battle between us, Olympic, Kangaroo Point who are likely to be challenging.”

ACE have moved the Under 18 Girls up to the Capital League 1 Reserves competition, a move which Jamie supports.

“A number of those girls played pre-season friendlies for us, so there’s definitely players capable of playing first team at that age,” he said.

Working together, the Reserves and Senior Women’s teams have helped each other prepare for the return to competition.”

Notes – dates and kick-off times for some ACE games have yet to be finalised.