Happy to be under dogs 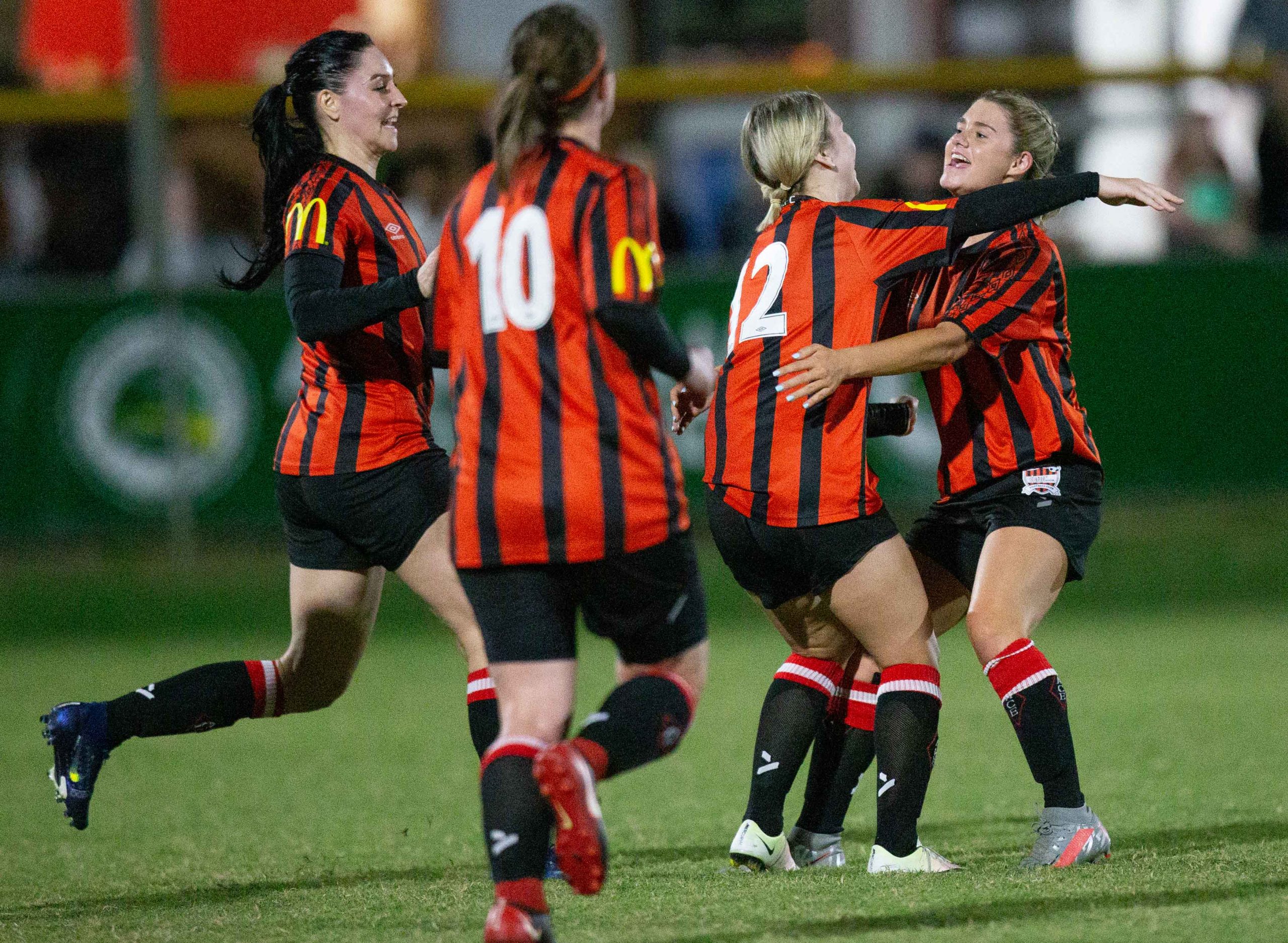 Coach Jamie Sanckson says ACE are “probably underdogs” going into tonight’s big match against Taringa at Wolter Park (8.30pm) – and that’s how he likes it.

Taringa lead the Women’s Capital League 1 having won eight of their nine games. Ipswich Knights are second and ACE, pictured celebrating scoring against Knights, are third.

However, the only blemish on the record of tonight’s visitors is a 1-1 draw with back ACE in round one – which came courtesy of an injury-time penalty.

“Looking at the statistics and the games we’re probably underdogs,” said Jamie, “which suits us. Sometimes when there’s pressure it can work against us.

“I would rather have it this way. We may be under dogs, but we know we more than match anyone on our day.

“We can take positives from that first game against Taringa, who are obviously a good side because they have won every game since we played them.

“But it took a penalty in the 93rd minute, or whatever it was, to stop us winning. I thought we were the better side on the day.”

ACE followed that draw with victories over Pine Hills (2-0) and Toowong (2-1), both currently in the top five. Both games – and others this season – have been close.

“These kinds games can come down to an error, a slight mistake or loss of concentration, a bit of brilliance,” said Jamie.

“The top three or four are quality sides and games are always tight, like our match at Pine Hills which showed we are capable of winning them.”

ACE will also be looking to bounce back from last weekend’s draw at Caboolture when we led 3-1 at half-time but came away with a point.

Thalia Cameron will be back for ACE tonight after serving a suspension.