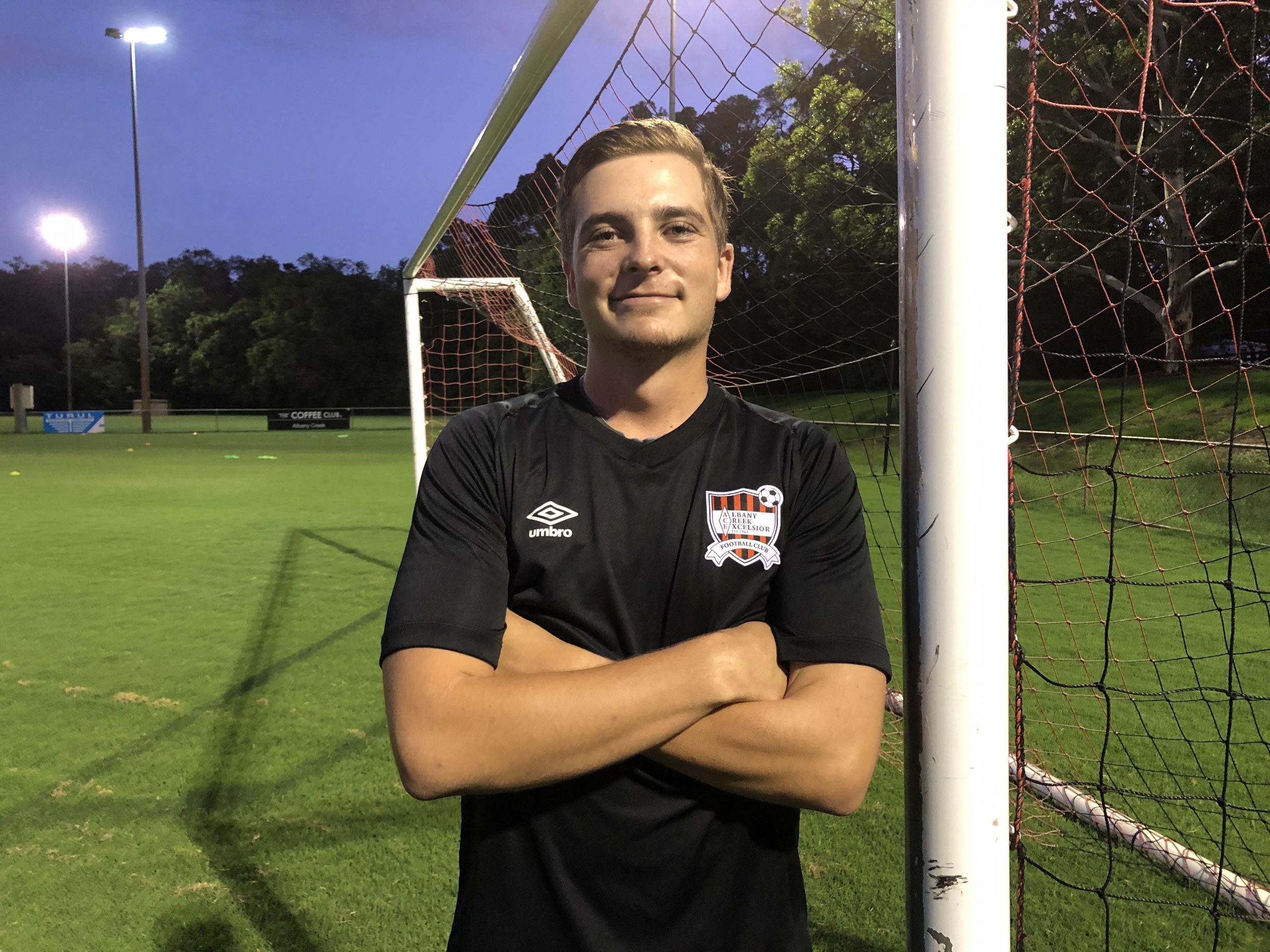 Harry Royley, pictured above, has re-signed for ACE and will be one of the youngest players in our senior squad.

However age will be no barrier when the 21-year-old, who has risen through the ranks at ACE, has to make his presence felt during matches.

Last season Harry divided his time between the reserves and seniors, but he is now in pole position as the senior squad’s top goalkeeper.

“I am very happy to have got the position after being in and out of the sides last season,” he said. “But I thought I did a good enough job then to show I’m old enough and good enough for this spot now.

“I have been told, as a goalkeeper, you have to be confident no matter who is playing in front of you … and I always try to do that.

“When the time comes, I will have the be strong vocally with Cormac (Molloy), Matt (Andrews), Jared (Lancaster) or whoever it is in front of me.

“But the great thing is here we will all back each other up. In a trial game or training, if anyone has questions everyone’s around to help answer it.

“I’m loving it here. (Goalkeepers’ coach) Matt Bradley is giving me insights I know I wouldn’t get anywhere else.”

Harry started at ACE as a junior, only going to Mitchelton when ACE did not have a team for him. He also had a spell at Pine Hills but returned and has played Under 18, Under 20, City League 1, City League 2, Premier League Reserves and Premier League for ACE.

During that time he has seen the club strengthen and become a dominant force in the top flight.

“The standard here last year was very high with back-to-back premiership wins and the grand final,” he said. “But I feel confident this group can do it again and perhaps have a longer run in the FFA Cup and Canale Cup.”