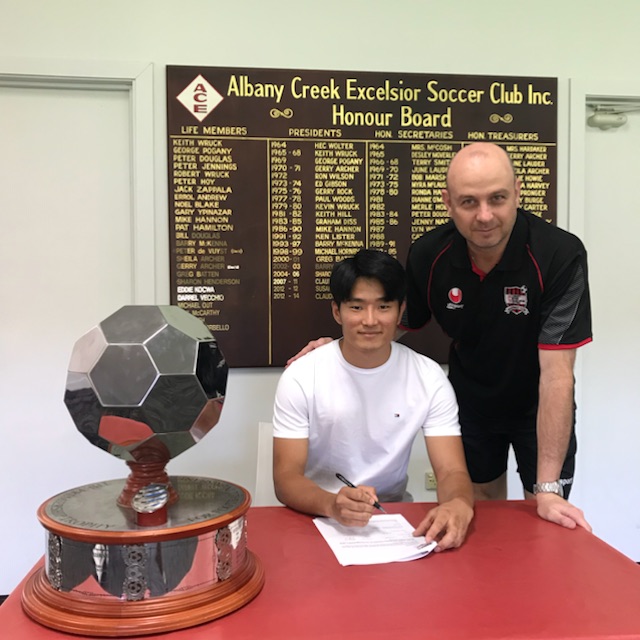 ACE’s latest signing Yoo Hyunggyu – known as Peter – did not hesitate when offered the chance to move to Wolter Park.

The 26-year-old has joined from UQ, where he scored 12 goals and had eight assists as they finished third in the Premier League last season.

While shining in UQ colours, Peter admitted every time he saw ACE, he thought they were the best club in the Brisbane Premier League.

In fact, he was so impressed when the offer was made to join last season’s premiers, he “did not hesitate” and decided to sign straight away.

“His goals, assists and work rate will add to our attacking options in 2019 and strengthen our premiership-winning team.”

Peter, who can play upfront or as an attacking midfielder, said his strengths were getting behind defenders and creating opportunities.

The South Korean had not played for several years but saw Australia as an ideal place to restart.

In joining UQ, he was back playing and starting a journey towards coaching, while also being able to learn English.

Peter said initially, he did not know much about ACE, but heard plenty from two friends, last season’s top scorers David Park and Youngnam Kim.

They kept telling Peter “good things about the club – and environment around the club”.