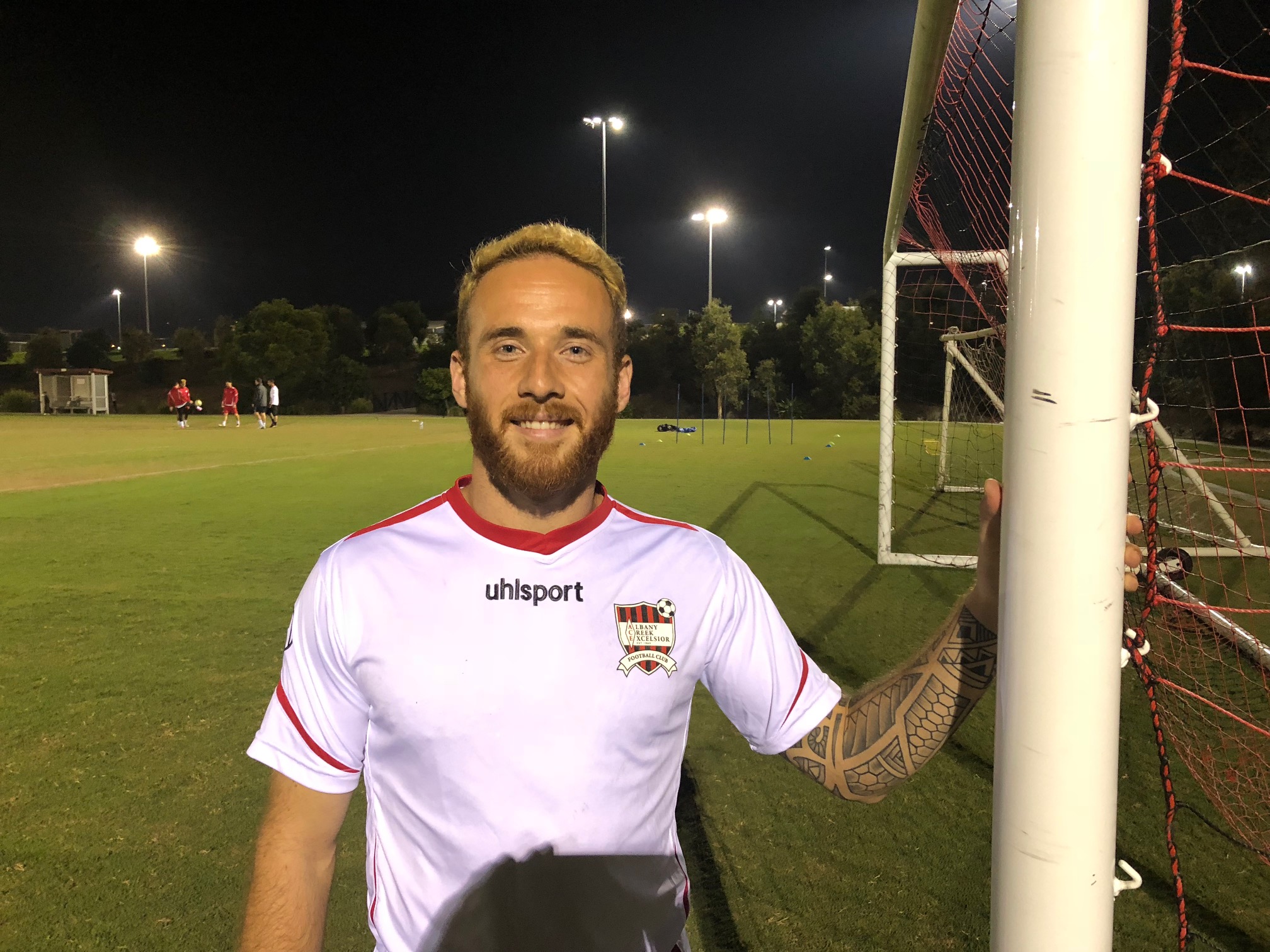 ACE fans will tonight, against Taringa (kick-off 8.30pm), get their first glimpse of Aaron Wiley.
Wiley is on course for his sixth match in ACE colours after signing from Mt Gravatt six weeks ago.
But, it will his first game at Wolter Park.
Such has been the fixture schedule the American midfielder has so far travelled to Bayside, Centenary Stormers, Brisbane Knights, UQ and Acacia Ridge.
In that time ACE have been locked in a battle for the Premier League title with Grange, but Wylie is not looking too far ahead.
“Whatever the next game is, that’s what we have to look at,” he said.
“Win every game and we’ll be in control of our destiny. But just take it one game at a time. I think approach the job that way.”
Normally a central defensive midfielder, Wiley has been playing on the left for ACE. “Where ever I’m needed is fine,” the 24 year old said.
“I like this (ACE) style, moving the ball a lot. It’s not just trying to play pretty but its purposeful possession, trying to score and win. It’s a nice combination.
“I’m feeling good. It has been a little bit of a adjustment from Mt Gravatt but it’s nice to play it on the ground and trust other people will do well.
“The BPL has been fine. Tempo’s a little slower, but we all get on super well, speed of play is nice, quality is nice, people are great. It’s a fun place to be.”
Wylie had been at Bridges in Chicago, a base for players to train and play while looking for new contracts. ACE’s Tristian Penick as also there.
“A couple guys who played through Bridges came over to Australia and it was pretty successful helping them jump start their career back in the States,” Wylie said.
“They told us if we were trying to do the same thing, this was the place to be.”
Remaining matches:
ACE:
August 3 – Taringa home, 8.30pm
August 11 – Mt Gravatt home, 6pm
August 18 – North Pine away, 6pm
August 25 – Virginia home, 6pm
Grange:
August 12 – Bayside home
August 18 – Mt Gravatt away
August 25 – North Pine home
Category: UncategorisedBy Ace SoccerJuly 28, 2018Leave a comment