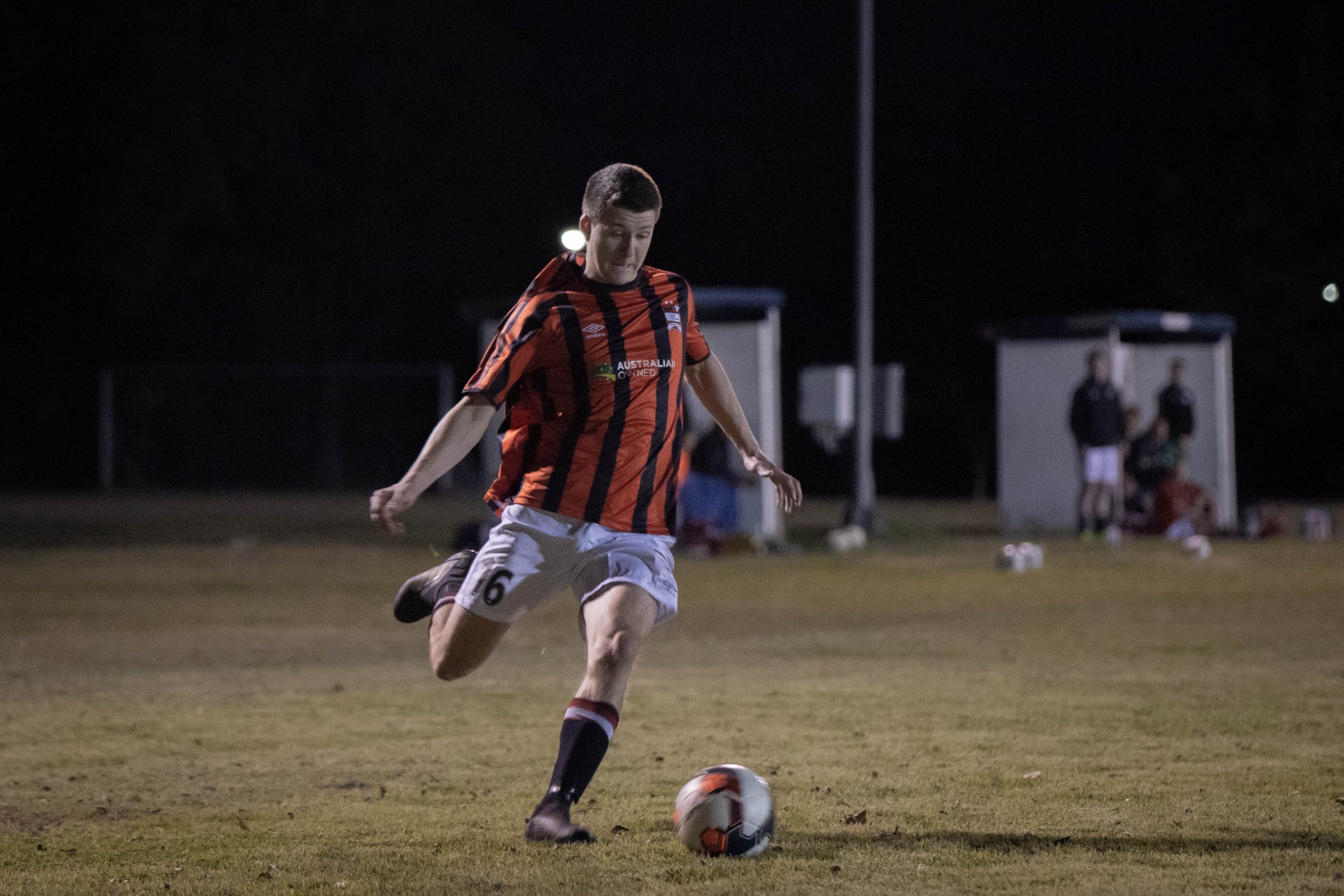 Jared Moran (pictured at Acacia Ridge last weekend by @ChanCameraa) is proof again that football is about taking chances.

He moved down from Rockhampton last summer as a box-to-box midfielder looking for an “opportunity” to play at a higher level.

Coach Steve Glockner gave him it and the 23-year-old is now a regular in ACE’s starting line-up, but not in the position he expected.

Jared is now a regular at full back having played in eight of ACE’s nine Premier League games and scoring once, against Caboolture.

He is looking to continue that fine form against Centenary Stormers at Wolter Park tomorrow (October 4), kick-off 5pm.

“I had a few injuries at the start and got a few 10-minute runs, but with Jarod (Lancaster), Steve (Snaith) and Josh (Masters) it was hard getting into midfield,” said Jared.

“Then we had injuries to our full backs and I had a chance at left back, against North Star, I think. Then (right back) Jay (Brindell-South) got injured.

“The first game or two I wasn’t too sure about positioning and the right passes, but I’m enjoying it. Sean (Lewis), Ryan (Shaughnessy) and Steve help me out.”

Then, under a new format following the COVID shutdown, the top six will form a new competition and battle for the Premiership playing each other again once. However, Jared said ACE are only looking at the weekend.

“We just take it one game at a time, work hard in training and don’t get too far ahead of ourselves,” he said. “Every point is important and Stormers are a good side. They’ve had some good results recently, winning their last couple of games.”

Stormers enter tomorrow’s game unbeaten in three (two wins and a draw), while ACE have won their last four scoring 17 goals and conceding one.

ACE Reserves have won three of their last four games and are fifth on the ladder, one points and one place behind Stormers Reserves who they face tomorrow at 3pm.