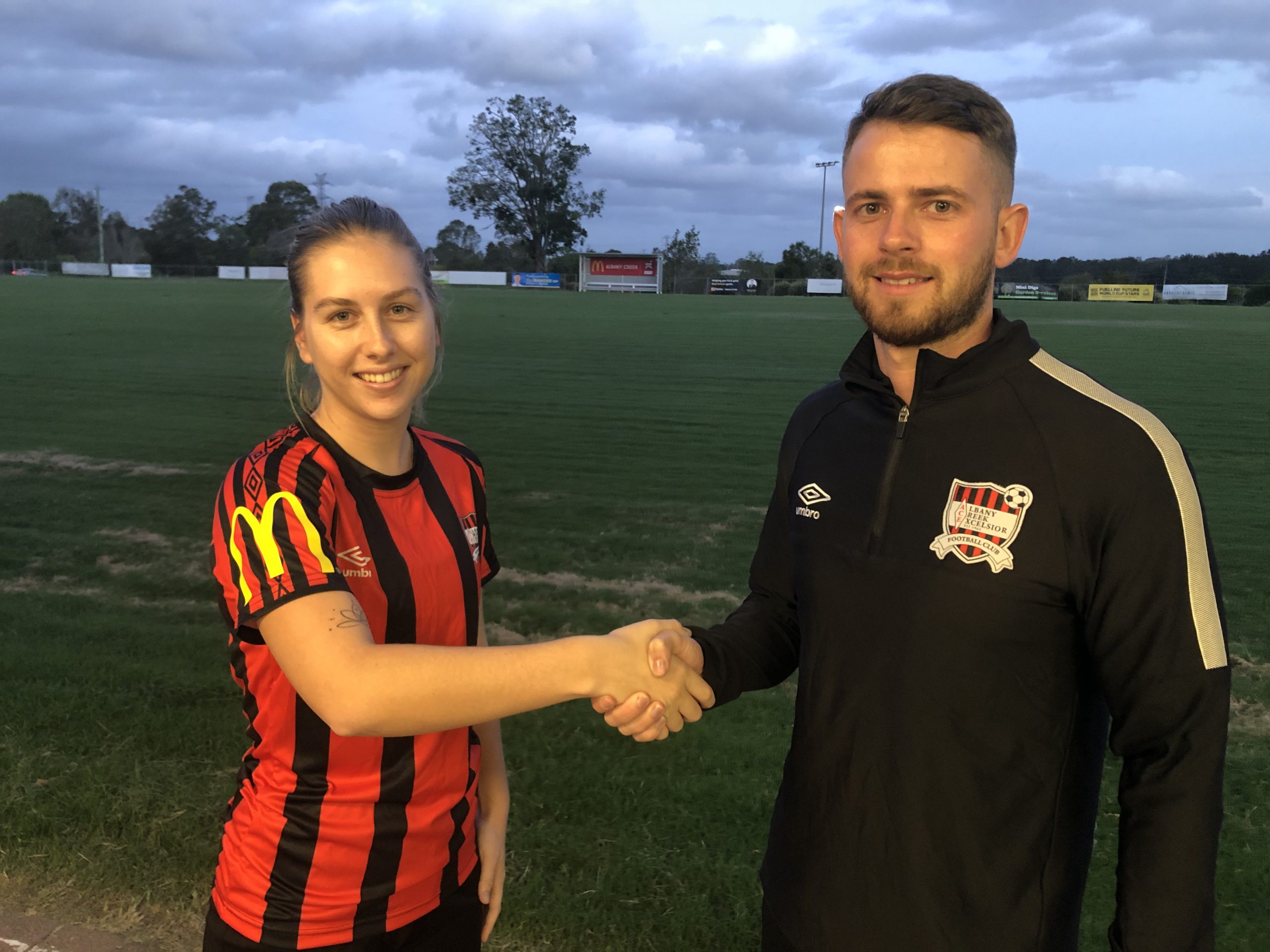 ACE Women’s coach Jamie Sanckson believes new signing Alexis Ball is the “cool head” his side has been missing.

“It’s one thing I felt we have lacked in the last couple of years in front of goal,” said Jamie, “Alexis will bring that.”

The ACE coach knows from experience. The last season he coached Alexis was when both were at North Pine. That year, she found the back of the net 22 times.

Jamie has tried to sign Alexis several times since then, but she opted for the Brisbane Women’s Premier League at Virginia United. Until now.

“The training sessions have been good,” said Alexis, after the first few pre-season workouts with her new team-mates at South Pine Sports Complex, Brendale.

“The (ACE) girls have been great. Jamie’s told me the club is really building up the women’s side, which is great …. I want to be part of that.

“I don’t know whole lot about ACE, but a few friends of mine have come down here and have stayed. They love it.”

Alexis says she can play anywhere along the front line but prefers the “number nine role” and being a playmaker, linking up with the midfield.

“That’s how I like to play,” she said, “I have had a few injuries in the last couple of years, but I’ve come here because I want to learn more.”

Coach Jamie had no doubts about the team’s latest signing: “Like other attacking players we’ve got, she is confident on the ball, will take players on and be direct,” he said.

“All those things are what I want from attacking players.”