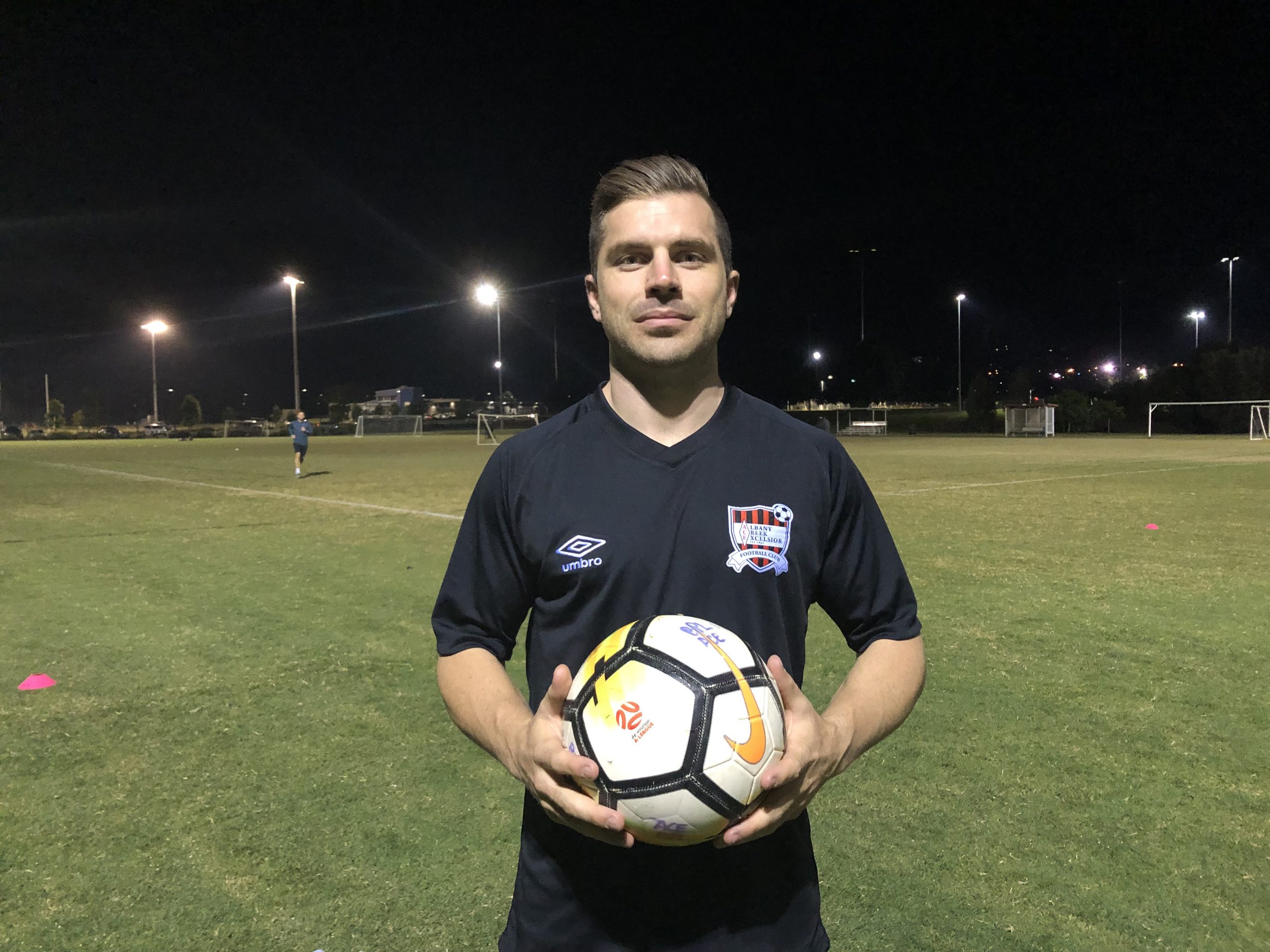 Matt Sauer is back at ACE. The versatile defender joined coach Steve Glockner’s squad last Friday, turned the clock back four years with his signature.

Sauer, who was with ACE at the start of 2015, had been at NPL side Easts this season and played at Wolter Park against another of his former sides, Moreton Bay United, in February.

The 29 year old, who is right footed by can play at left or right back, will increase competition for places within the ACE squad, which currently sits on top of the Premier League.

“I’m good mates with a few of the boys like Jarod (Lancaster) and wanted to come and play with them again,” Sauer said.

“I have been talking to Steve (Glockner) a bit this year and I’m looking forward to playing for him.

“I’ve seen one game in the (Brisbane) Premier League this season and watched few on video highlights.

“It seemed to be played at a fast pace. Training has certainly been pretty fast, but at the same time with the (other) boys coming over from Easts things have been quite similar.”

The next test for table-topping ACE is a trip to fifth-placed Taringa on Sunday, kick-off 4pm and then away to third-placed Bayside on June 15.

Sauer, who also played for Peninsula Power, said he was ready for the challenge.

“The NPL has a lot of younger players and is more about development to get to top,” he said.“Here there’s a few experienced players so it will be a bit of a challenge for me.

“But I think I can bring experience to the side. I won the BPL (Brisbane Premier League) grand final with Pen Power and am looking forward to playing hard week in week out.

“I’m definitely keen for the game this weekend. Keen to get in and get stuck in.”