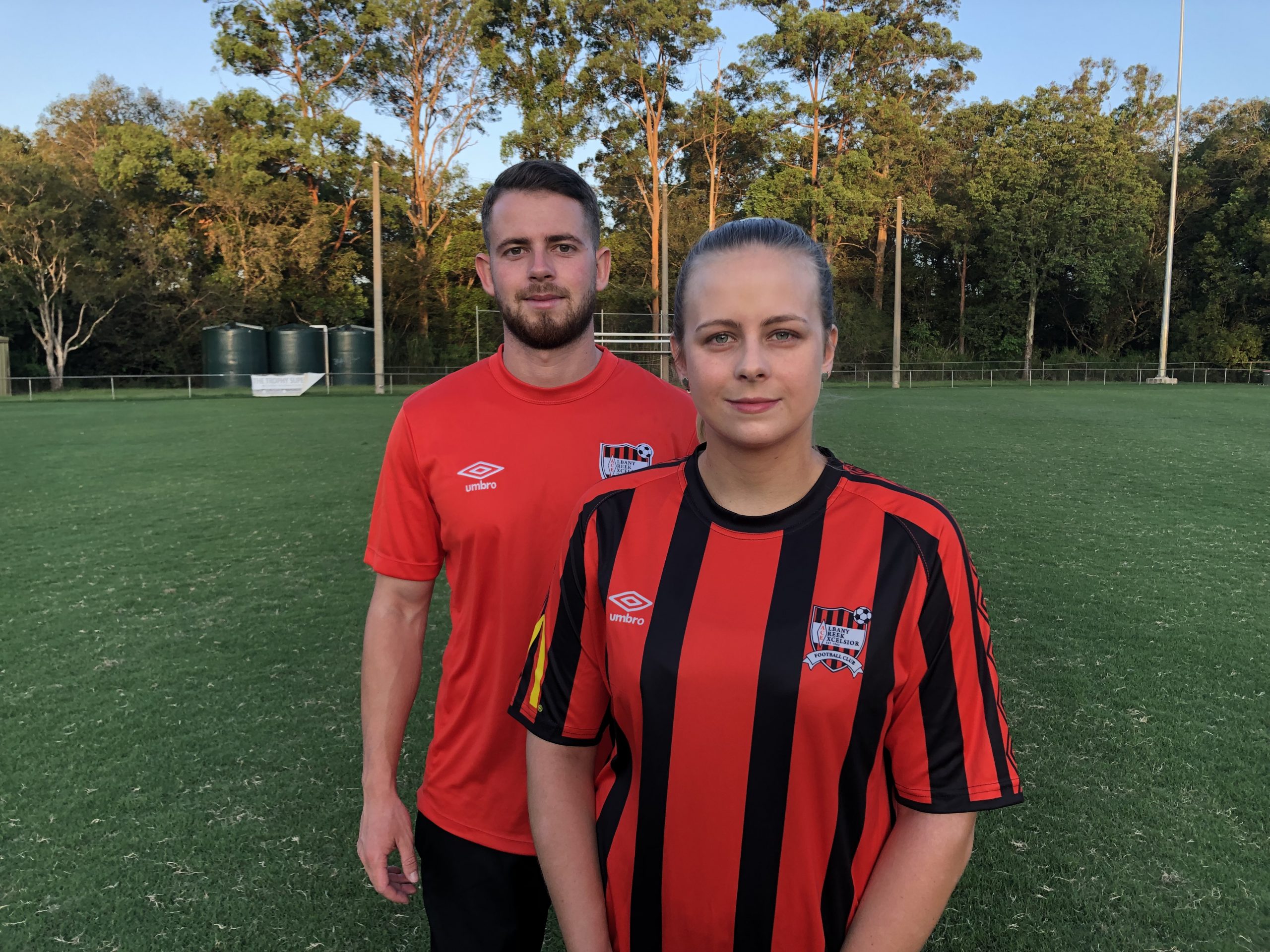 ACE Women have the ‘final piece’ of their midfield jigsaw for the Capital League 1 campaign.

That was the verdict of coach Jamie Sanckson, pictured above with the team’s new attacking midfielder Morgan Schoener.

Morgan has NPL Qld and BWPL experience with Peninsula Power and Virginia respectively – and is well known to the ACE coach.

“Morgan was a player with me at North Pine, I know the quality she brings,” said Jamie. “She is able to pick a pass in those attacking midfield positions, which is important.

“We have players who can win the ball, players who can stay a bit deeper – and now the final piece of our midfield. Morgan can play a bit higher being able to thread those passes between defenders.”

The new signing spent 11 years at Brighton Bulldogs and scored 21 goals in 23 games during a City League 2 campaign in 2014.

She then stepped up to the NPL with Peninsula Power, before a year in Capital League 2 with North Pine and the last two seasons were spent at Virginia in the Brisbane Women’s Premier League.

“To be honest, I wasn’t going to play this year,” Morgan said. “I’ve got a big year with getting married and was going to have a season off.

“But Jamie approached me, I came down and I enjoyed it. I know a few of the players from North Pine. Now I just want to get it and enjoy it.”

ACE start their Capital League 1 season with a visit from the 2019 Grand Final winners Caboolture on March 6, then Southside Eagles travel to Wolter Park on March 15.

Newcomers Olympic and Brisbane City are back-to-back fixtures in rounds 5/6 and rounds 16/17 with our closest derby, against Pine Hills, in rounds 11 and 22.