Nick goes back to the future 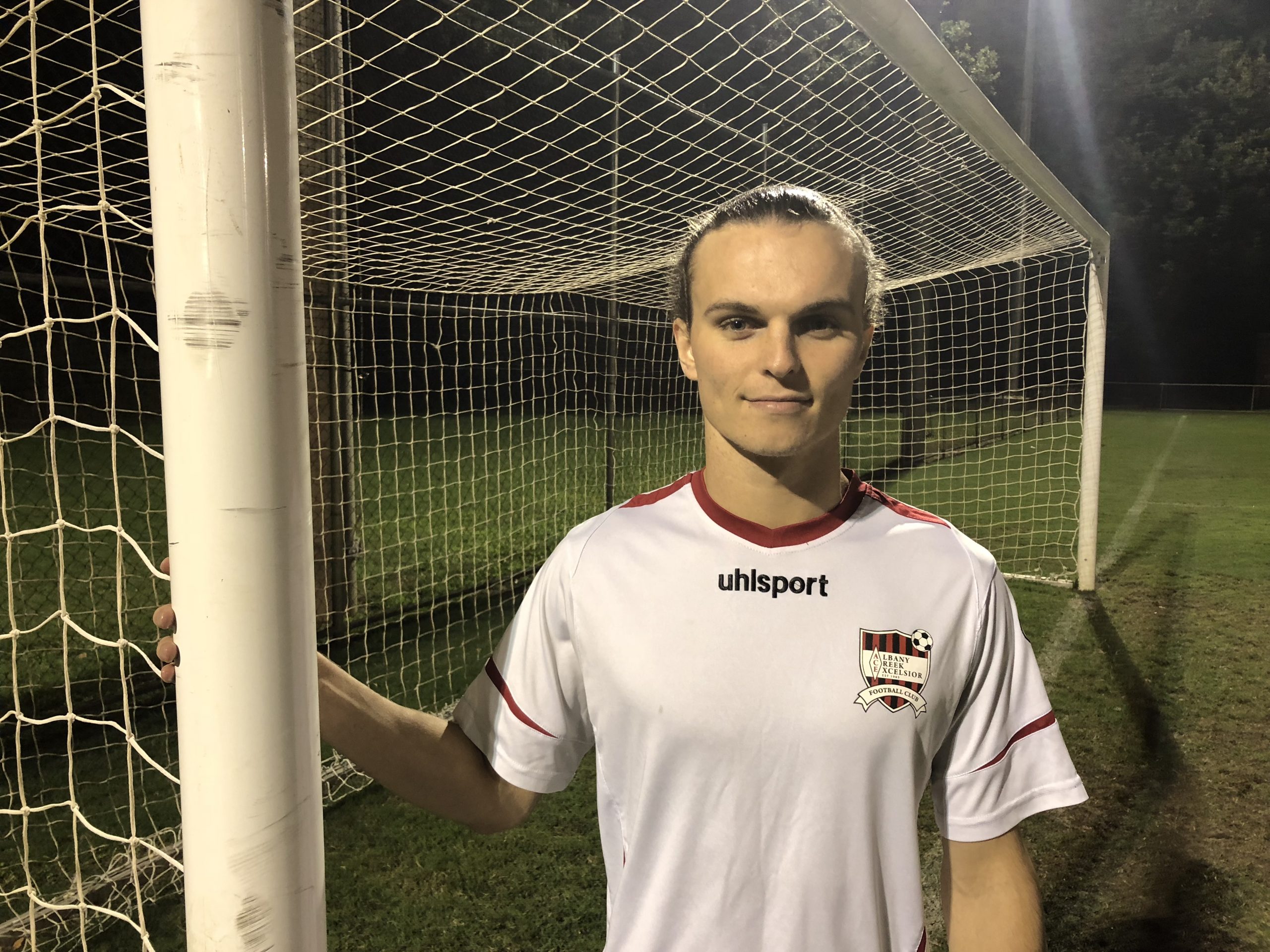 NICK Clark took a step back to go forward this year – and it has paid off.

The midfielder, who has just turned 20, is back in contention for a ACE Premier League starting spot.

And that may come in Saturday’s clash with Brisbane Knights at Wolter Park, kick-off 5.30pm.

Clark had been back in the Reserves, but began last weekend’s Canale Cup defeat against Moggill.

In fact, only the crossbar denied him a dramatic long-range equaliser with just five minutes to go.

However, all eyes are now on the Premier League with ACE second, three points behind Grange, but with a game in hand. Knights are sixth.

“I was very timid and put a lot of pressure on myself earlier this season,” said Clark, who is in his ninth successive year with ACE.

“Steve (Glockner) recognised that and dropped me back to the ressies to build that confidence up again.

“In the last few weeks I think I’ve started to perform again and have been pushed up to the top team. Now my goal is to stay there and try to help ACE to the top of the table.”

Brisbane Knights are the only side ACE have not yet played this season after the Round 3 match was postponed and rearranged for July 8.

“I’ve seen highlights of Knights,” said Clark, just before Thursday’s training session. “They’re a threat up front when they get room so we have to make sure we’re marking their danger men.

“We had a really good training session on Tuesday. We’re looking to get stuck in (on Saturday) and make an impact after last week.”

Against Moggill, Clark started on the left of midfield before moving inside when Toru Amano went off. “I had to drop back to “number six”,” said Clark, whose favourite position is attacking midfield.

“It is a defensively demanding and disciplined position and I was a bit timid, but Declan (Morris) and Sean (Lewis) got behind me. That was really good. So many great guys helping me.”

ACE Reserves, currently top of their table, take on third-placed Brisbane Knights Reserves at Wolter Park on Saturday at 3.30pm.