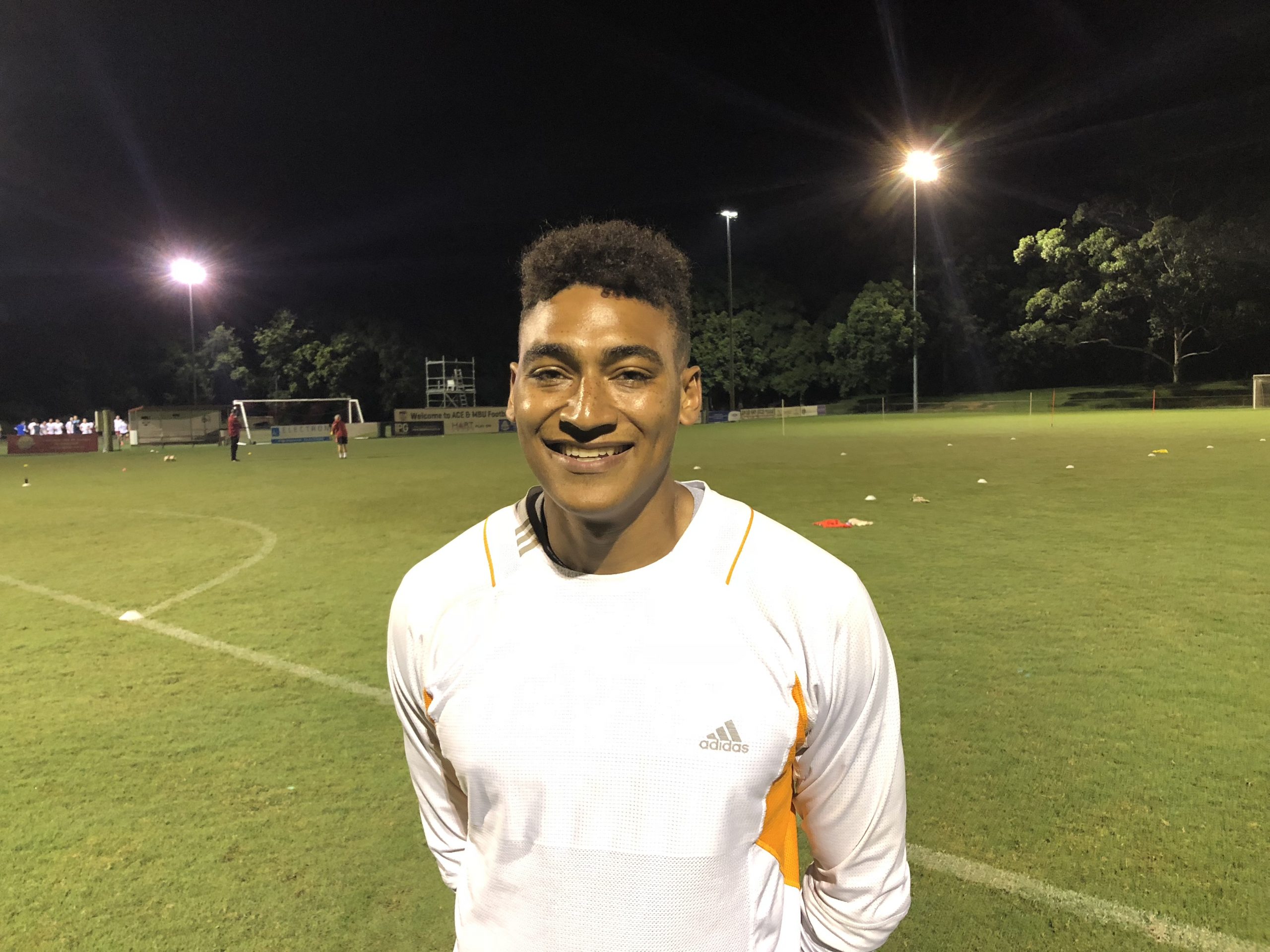 The powerful wing back, who made his debut as a substitute at Grange last weekend, arrived in Brisbane without a club.

But that soon changed – and Penick is now preparing for his first match at Wolter Park against North Pine on Sunday, kick-off 4pm.

“It was difficult here at first,” said the 23 year old, “but after coming to ACE I decided this was the team I wanted to play for. I didn’t want to look at another team.

“I love these guys. Everyone was so welcoming on my first day. That was one of the things that helped me make my decision and knowing coaches were here to help me develop to a level I want to be at.”

Penick is from Highland Park in Chicago and recently graduated from Carthage College in Kenosha, Wisconsin, after studying marketing and communications.

“I was at home, working in an advertising agency, when I got a call from some friends,” he said. “They (one at Redlands and the other at Mt Gravatt) came out here one and a half months ago.

“I messaged them and said hey, how did you guys get to Australia? What do I have to do to get there?

“They gave me a lot of information and I just packed everything up and decided this was what I wanted to do right now.”

Penick, who played with ACE defender Sean Lewis at Bridges FC in the States, said he loves to get forward from wing back.

“I consider myself pretty quick so getting up and down the wing is something I consider my forte,” he said.

“I found the game at Grange fast paced. I haven’t played in an actual game for a while. But once I got the rhythm of it I found I had a little more time to go with the guys.”

He has also brought a new dimension to the ACE attack – a long throw-in which can reach deep inside an opponent’s penalty area.

“I think I’ve got a pretty good arm,” said Penick, “it’s something I have worked on. Playing outside back I like making sure the ball gets in the box.”