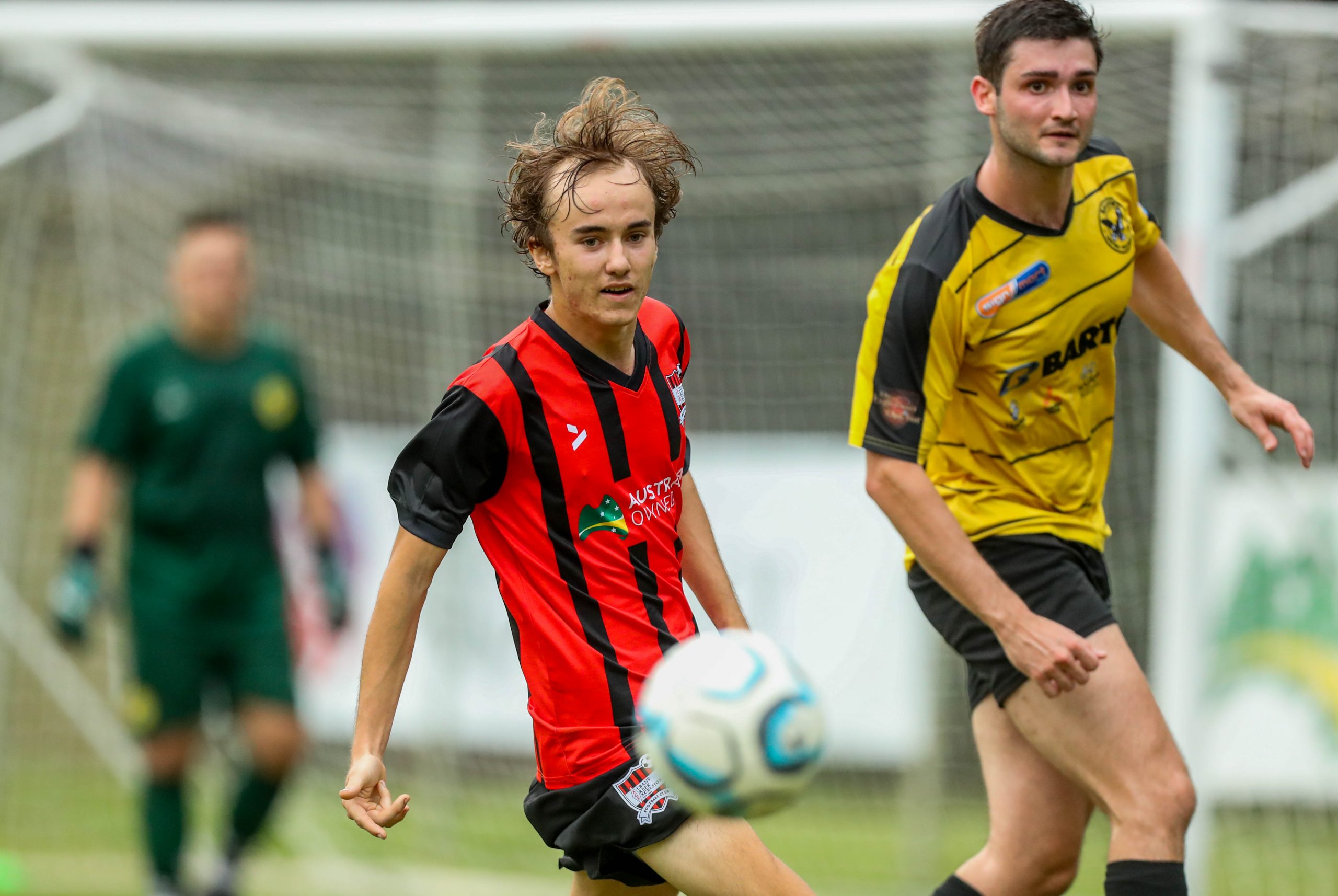 Little has separated ACE and Toowong in the last two seasons – and 2021 is no different.

ACE are currently second in the Premier League, one point and three places above Toowong entering tomorrow’s clash at Wolter Park, kick-off 7.10pm.

The Reserves, who start at 5pm, are even closer with just one goal now separating leaders Toowong and second-placed ACE on the ladder.

“It has always been a fierce battle between the clubs and this weekend will be just the same,” predicted ACE Reserves’ coach Greg Bradley.

His side has a perfect record from three games, scoring 11 times … exactly the same as Toowong Reserves who have conceded one less goal – 4 to ACE’s 5.

However, ACE have already beaten last season’s premiers St George Willawong Reserves and Bayside Reserves, who are in third place.

“I’ve been happy with the wins, but not some of the goals we’ve conceded,” said Greg, “we’ve given up too many soft goals and cannot keep doing that.

“Last week I thought we dropped down a gear against St George. It was good to win (4-1), but I’d like us to up the tempo again.”

ACE Reserves have a young but balanced squad with some experienced players.

Striker Jamie Sanckson is one, currently leading the scoring charts with Ryan Thomas, main picture, on three goals each. Young Tyler McGrath is just behind on two. However, competition for places is also tough.

“We get 20-odd players to training and they have to work hard to get a spot,” said Greg, “If you miss a night, you don’t start (the next game).”

While the coach’s focus is on ACE Reserves, Greg’s primary target is to help ACE regain the Club Championship this season.

The winner is decided by combining the playing records of each club’s Senior and Reserves sides. ACE won it in 2018 and 2019. St George Willawong in 2020.

“To be honest, when I came back that was the goal … first and foremost,” said Greg, “I want to help win the club championship again.”

Toowong were our closest rivals in 2019 when the club’s met eight times, across the two divisions, including in both Grand Finals.

ACE won the Club Championship for a second timer after taking the Premiership and Grand Final. The Reserves were runners up in both.

Tomorrow, the ACE Senior side will be looking to get back to winning ways after drawing 3-3 at St George before Easter. At the same time, Toowong lost 5-1 at home to The Lakes.

Please remember to follow COVID regulations at Wolter Park by registering on arrival at the ground.