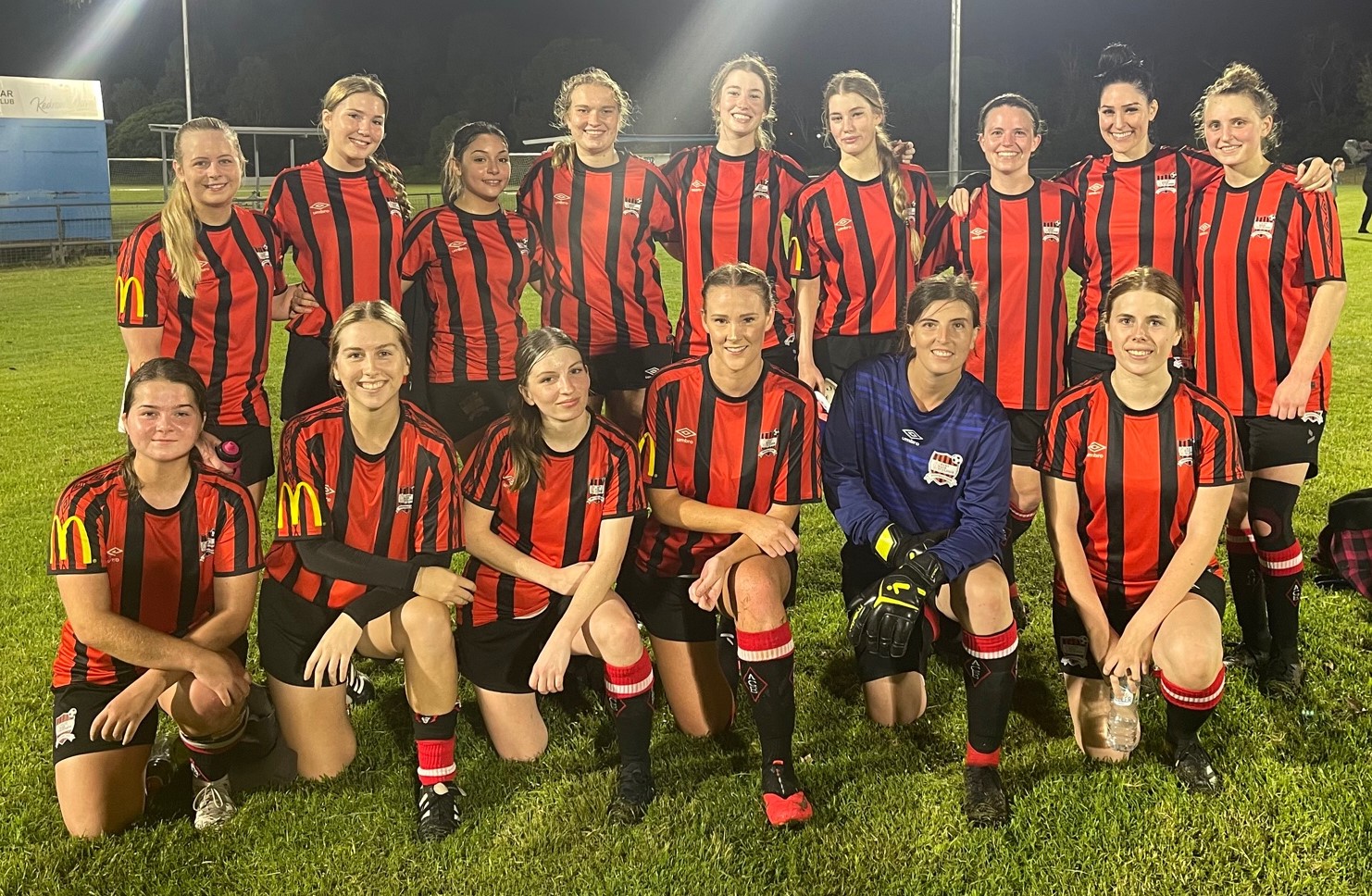 Ten goals rattled past North Star in the midweek Elaine Watson Cup tie, after ACE (pictured above after the North Star win) scored seven at Southside in the first Group A game.

In between, ACE led 1-0 at Taringa Rovers in their opening Capital League 1 fixture last weekend, only to be denied three points by a later equaliser.

ACE captain Morgan Schoener said the combination of few matches and training in recent weeks had left the team a little “rusty”.

“We weren’t really clicking, but I thought on Wednesday we played well,” said Morgan, “we showed a lot of potential in a good performance.

“There’s always things to work on, always hard work needed in training and the need to keep improving and playing swell.

“But we had a good result against them (Southside) a few weeks ago and hopefully we can get another one tomorrow.”

Morgan was on target when ACE won at Southside in the cup last month and added another two goals and two assists against North Star.

“I’m happy with my form at the moment, but I could be fitter,” she said.

Coach Jamie Sanckson said the team was “disappointed” with the draw at Taringa, this is still “the best squad of players” he has worked with to date.

The season’s goal remains, as it has for the last three years, promotion to – and to build a side for – the Brisbane Women’s Premier League.

ACE make the short trip to Pine Hills on Friday for a local derby – Reserves at 6.30pm, Women at 8.30pm, followed by home fixtures against Toowong on May 1.

Then they have the final two Group A home fixtures against North Brisbane (May 7) and Mt Gravatt (May 11).