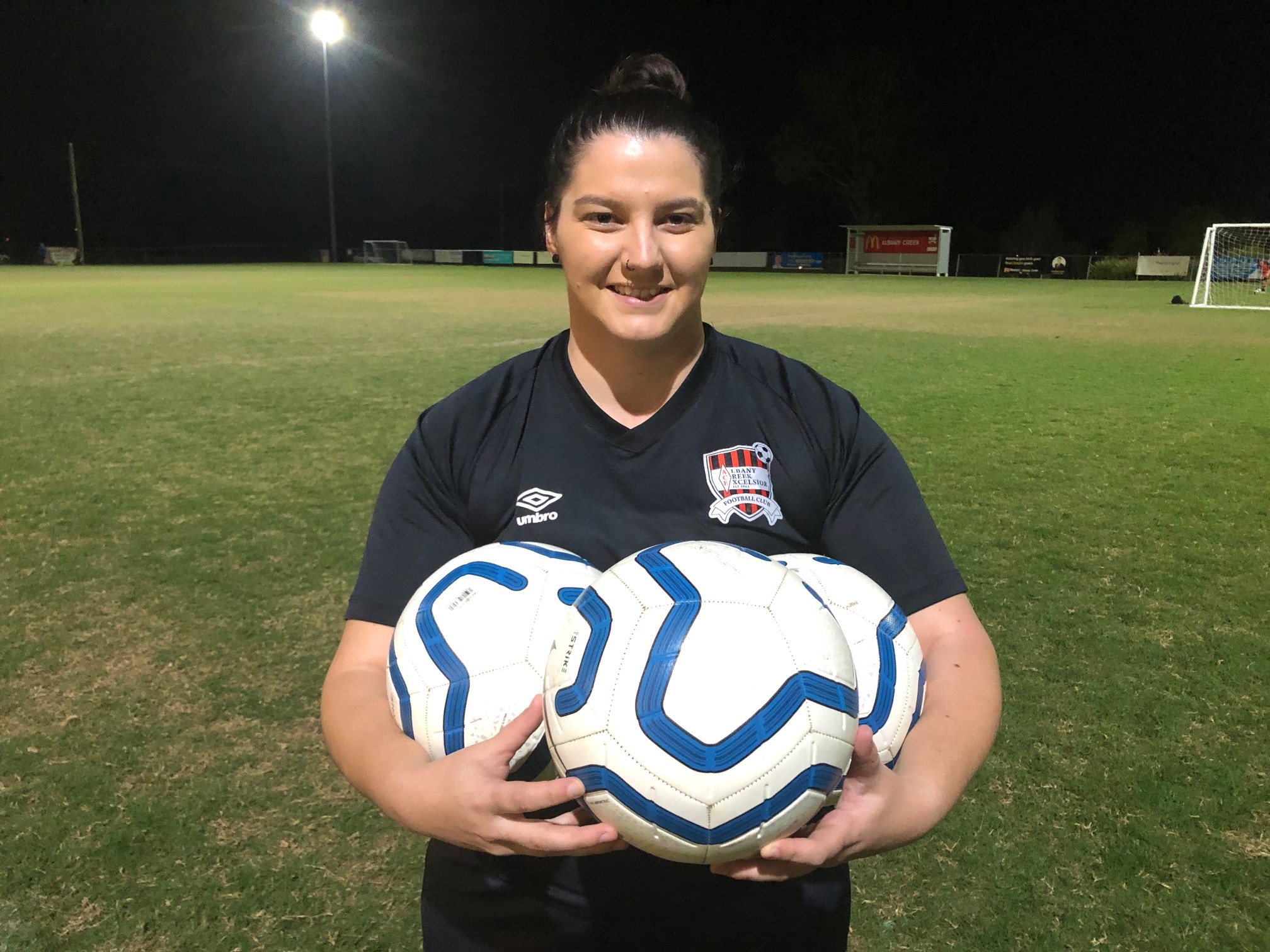 Coach Jamie Sanckson says today’s big Capital League 1 clash with Olympic will not “decide” ACE’s season – but it could be a key factor.

ACE entered this weekend in second spot, two points and two places above their visitors, who they face at Brendale, not Wolter Park, at 5pm.

But the ladder is tight (four points cover the first six sides) as we approach the proposed split, after 11 games, when the top six teams will form a separate league playing each other once. The premiers will be promoted to the Premier League.

“If we can get a good result (today) it puts us in a position to still be challenging,” says Jamie, “but no matter how it goes, I think it will still all come down to those final five games.

“I’ve spoken to the girls all season about momentum, even after the first game (lost 11-0 at North Brisbane). Then we went on a bit of a roll, we got that momentum. Now we’ve had some good results and trying to keep momentum will be important.”

It has been a remarkable response to that defeat on August 1 which left ACE bottom the table, but Jamie said: “We’re up there because we deserve to be. The table doesn’t lie.

“On the other side, we were behind against Pine Hills (2-0 down but won 3-2 with an 88th-minute winner) and Toowong (won 3-2 with two goals in the last two minutes), but the attitude was there those nights and we’ve taken six points.”

While the strikers have hit the headlines, goalkeeper Jess Broadfoot, pictured this week, has been making crucial saves at crucial times and now has three clean sheets in eight games.

“We’ve got good players in this squad, but if we don’t have a good attitude it will be difficult to succeed. That showed in the first game and at Southside Eagles (lost 4-2) where we were a bit off.

“I’m feeling more confident every week,” she said, “and happy with how I’m improving as the competition keeps going. It’s always nice to keep a clean sheet.”

Jess said today it will be important for ACE to “keep up our intensity from the get-go and work hard for each other. (A good result will) will keep us sitting up the near the top and hopefully just keep our momentum going forward into the next matches.”

ACE Reserves face Olympic Reserves at 3pm, also at Brendale, three points and two places behind their opponents but having won their last two matches at Southside Eagles (1-0) and home to Toowong (3-2).