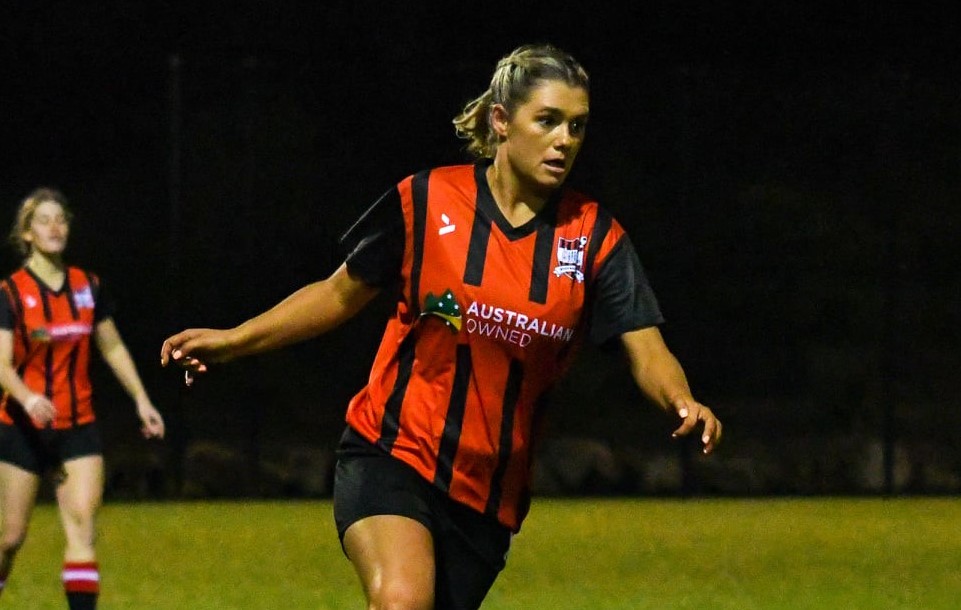 On Friday ACE Women beat Pine Hills, then top of the table, 2-0 in the derby clash at James Drysdale Reserves – the double being a victory and clean sheet.

“It was good to get three points and definitely good to have the clean sheet,” said Chloe, of the victory which moved ACE up into second place, three above Toowong.

“When we played them (Pine Hills) last year, they put two goals past us (ACE won 3-2), so with the clean sheet as well it almost made it a double victory.

“We were really pumped about that. I think it may have sent a message that we have a strong team and I feel we have a lot more to bring to the competition.”

One of the keys to the good start by ACE (seven points from three games)is, according to Chloe, the tight-knit squad.

“I’ve never played in a team which has got on so well on the pitch and off the pitch,” said the former Narangba player, “I think that is really important.

“You work better as a team, we all get on and we don’t get frustrated with each other when things don’t go our way.

“Toowong have had pretty much the same results of us (six points from three games) so it’s going to be tough this weekend.

“But I have 100 per cent faith in the girls that we can get across the line …. and a double victory again.”

Chloe is playing a leading role in the ACE drive for promotion to Brisbane Women’s Premier League rom a more advanced position this season.

“This year I love having a lot more to do with the play and really, really enjoy it next to Morgan (Schoener) who is such a fantastic player. She makes it easier.”