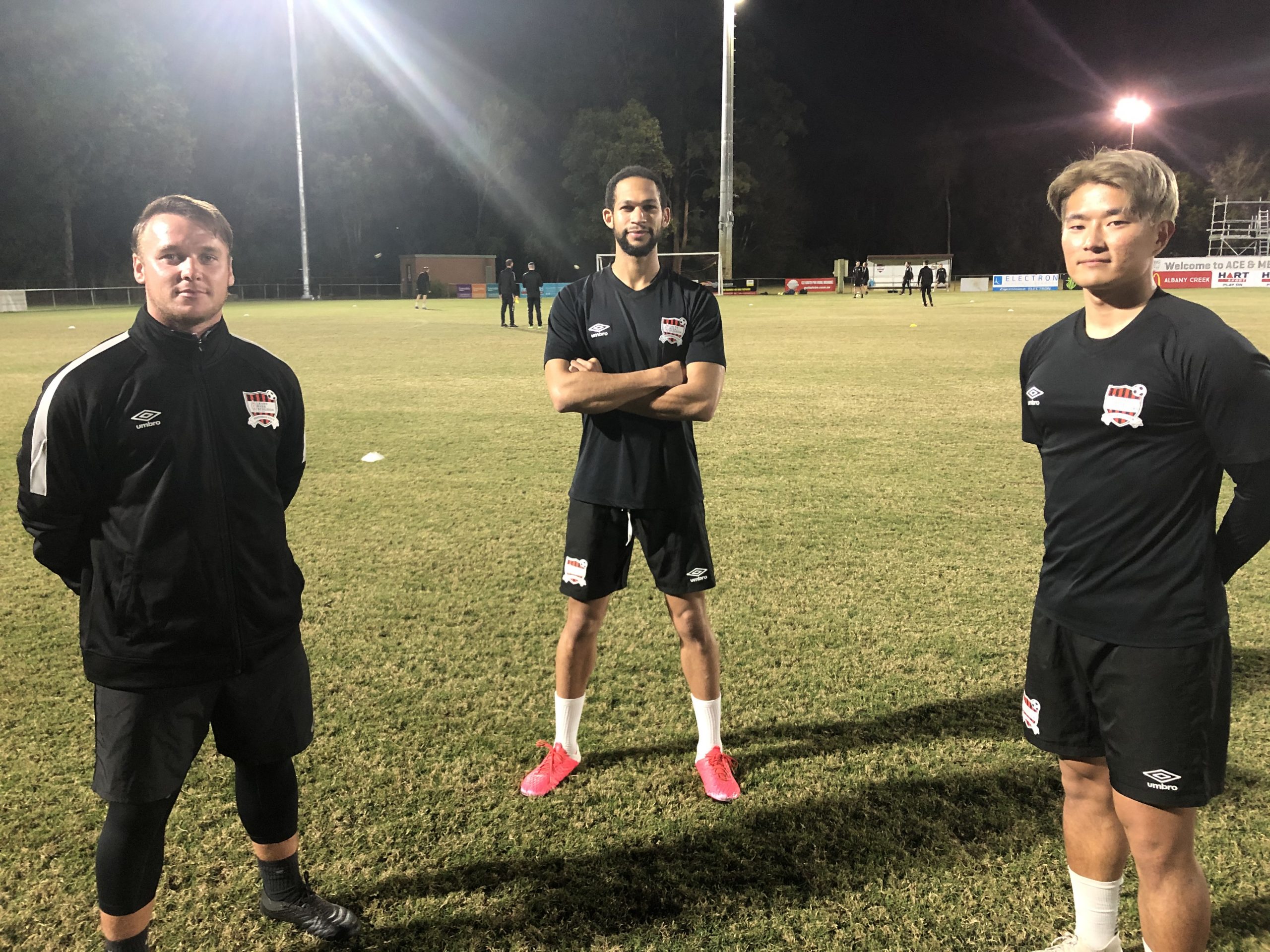 ACE will have three new players in their squad for tomorrow’s visit of Taringa Rovers – two are familiar and one new to the club.

Central midfielder Steven Snaith, pictured above left, has made the move from NPL side Brisbane City to sign for ACE.

He is joined by former ACE captain Sean Lewis, pictured above centre, who is on loan from NPL side  Moreton Bay United.

And forward Peter Yoo, pictured above right, part of our double-winning squad last season before joining Capalaba in the FQPL last summer.

All are welcome additions to an ACE squad bidding to become only the second side (after Lions) to complete a hat-trick of Brisbane Premier League titles.

Steven Snaith is already well aware of the club’s recent successes: “I know this is a well-drilled club,” said the 26 year old from the UK.

“There’s a good team that’s won the league for the last two years and got good facilities and a good pitch.”

Steve has played in the Conference North just below the English Football League. His career includes spells at Whitby Town, Guisborough, Hartlepool and Workington in England’s north east and north west.

“I played at a decent level in England and came over to Australia about seven months ago. I went to Brisbane City as I knew the manager there,” he said.

“In fact he bought me over, but has left the club. Matt Smith came in and things didn’t pan out for me. Then the gaffer (ACE coach Steve Glockner) gave me a ring and said do you want to come down – and I said yes.”

While Steve Snaith may be new to the Brisbane Premier League, Sean Lewis has been one of the foundations of ACE’s Premiership and Grand Final success in the last two years.

Sean will help shore up a defence which has missed players through suspension and injury, starting tomorrow against Taringa at Wolter Park, kick-off 5pm.

This will be ACE’s first match of the reduced 16-match Premier League season after last weekend’s clash with Toowong was rained off.

“Taringa is going to be a pretty big one,” said Sean, “the last couple of years they have battled against us pretty well. I’m hoping we can come out firing and get three points.”

ACE Reserves are in action before the senior team at 3pm. Bar and canteen will be open at Wolter Park.