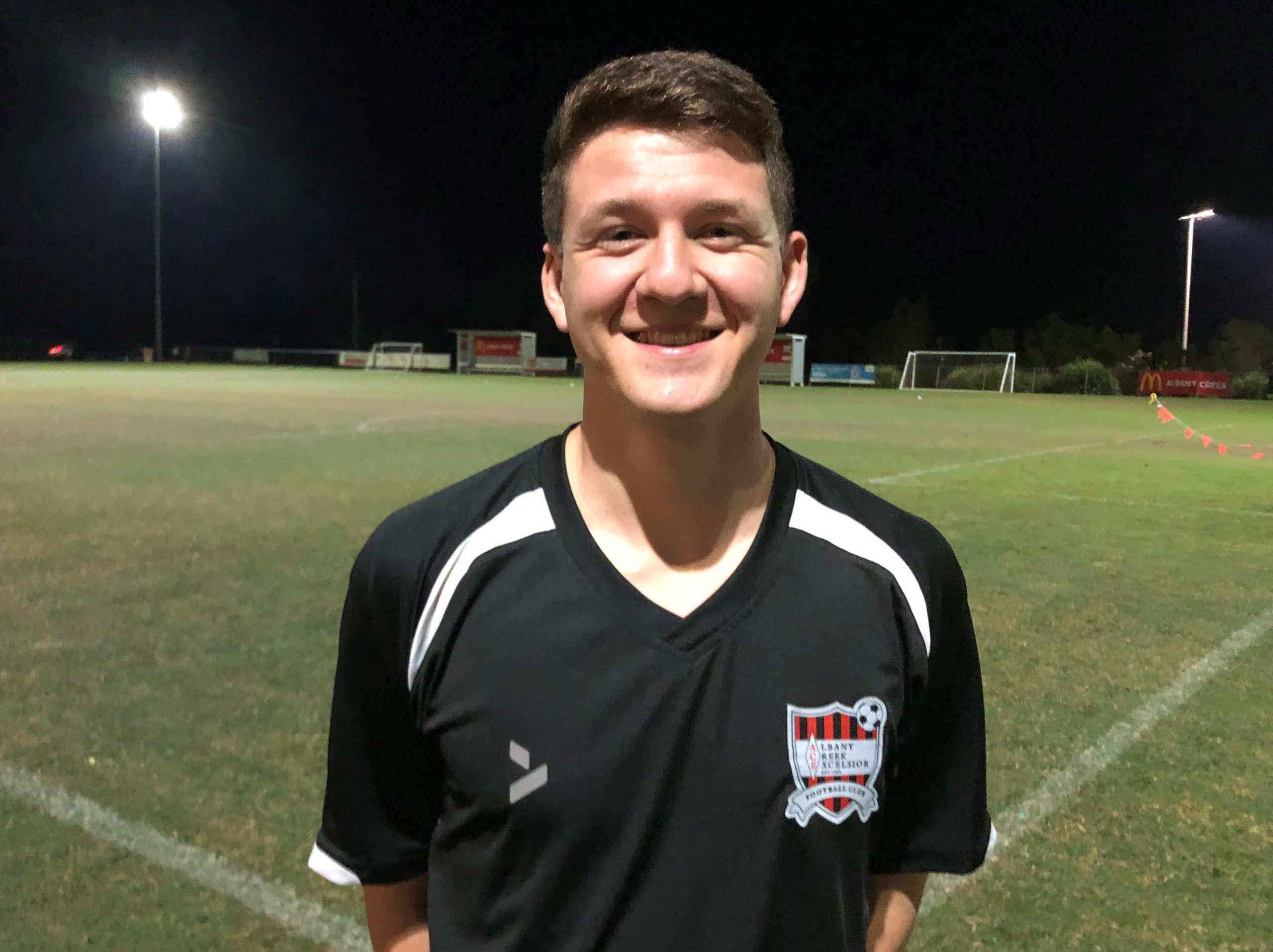 Defender Jared Moran, pictured above, says ACE are not looking ‘beyond the next game”.

It is tempting to fast forward a week with a trip to Bayside following tomorrow’s visit to Wolter Park by UQ, kick-off 6.10pm.

But Jared says Premier League leaders ACE are just “trying to focus on the next game at the moment”.

“UQ have been doing pretty well this season,” said the 23-year-old full back, “we won 3-1 when we played there and they made us work.

“They’ll do the same on Saturday, but if we keep playing the way we are, hopefully it will all come together. We have a quality squad.

“At Toowong, last year we struggled there. It was 1-1 all. This time (Sunday) we had a game plan, stuck to it and it paid off.”

ACE won 4-2 with Ally Russell taking his Premier League tally to 21 in 13 games and Josh Cartman 17 in 14 games. Ryan Shaughnessy is right behind with 16 in 14 games.

Toowong’s brace of goals was only the fourth time ACE have conceded two or more in a game this league season.

“We have pride in our defensive record as a team,” said Jared, “it’s good to keep clean sheets. They are like a goal for defenders.”

The midfielder-turned-defender has scored twice this year, against Knights and The Lakes, but is “not too bothered” by the tally.

“Our forwards are doing very well at the moment. I’ll just get on a try to provide some assists,” he said.

Since 2014 ACE have won seven and drawn two of the nine Premier League meetings with UQ. They are also unbeaten in this fixture since 2016.

ACE Reserves face UQ Reserves at 4pm looking to maintain – or extend – their lead at the top of the table.

Last week’s hard-fought 1-0 win at Toowong, who are second, came after a three-week break due to the weather.

It stretched ACE’s lead to five points and was Toowong’s first defeat of the season.