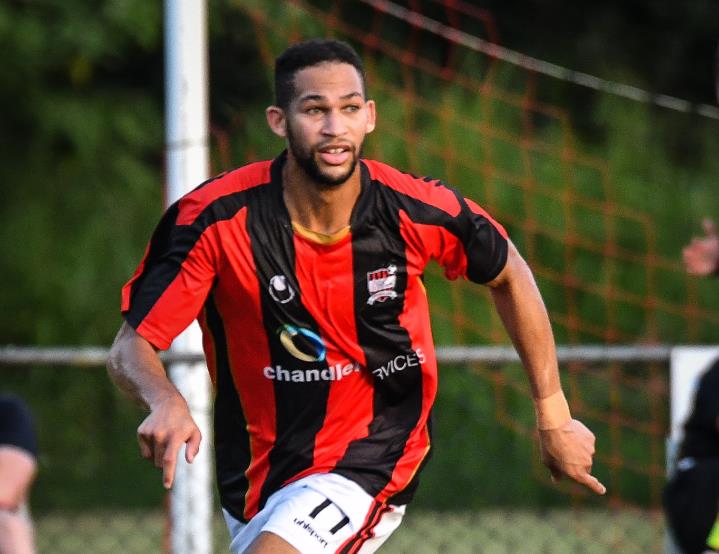 Starting his second year at ACE, the central defender also reckons it will be ‘harder to win the title second time round’.

“Every opponent could be coming out like it’s their grand final,” said Lewis. “they know what you did last season, it’ll be no surprise to them.

“I think it will be harder to win the title second time round, but we have a pretty good team this year. A team which I believe 100 per cent is stronger than last year.

“It’s not just the players who have been brought in, but this is (coach) Steve’s (Glockner) second year here.

“His second year getting players together, working on a long-term strategy going forward and we have five, six, seven guys returning so I think it is an easier transition.

“Our style will be a bit different, I would say, this season. Equally as exciting, I would say, and hopefully bring another premiership.”

While the fixture list may look lopsided, with four successive home fixtures, Lewis reckons is gives ACE a good opportunity.

“This bunch of home games we need to use to our advantage,” he said, “Wolter Park is one of the best facilities in the BPL, so let’s make the most of it at the beginning of the season.”

ACE fans can also expect a heavy focus on the Canale Cup this season.

“It’s definitely on our list of targets this year,” said Lewis, “we’ve spoken about it, a good cup run and doing a double would be good.”

The 2019 FFA Cup South East Queensland Round Two draw was made on Wednesday with ACE drawn at home to Capital League 2 side Oxley United – date and kick-off to be announced.