“This is a huge game” 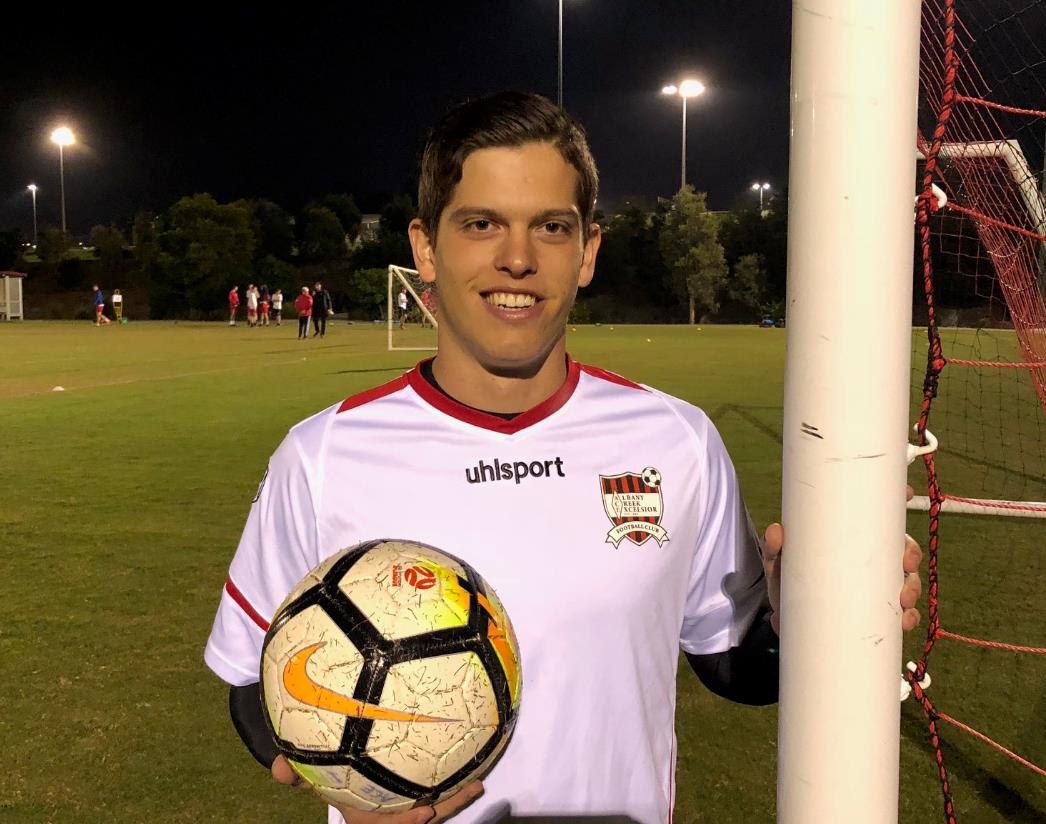 “NO doubt about it – this is a huge game.” That’s how winger Jack Bernardi summed up ACE Reserves’ challenge this weekend.
ACE are top of the Brisbane Premier League Reserves table, four points ahead of second-placed Bayside, who they face on Sunday (kick-off 3.30pm).
Victory for either side at Lota would be a major boost entering the final four games.
But three wins, starting on Sunday, would guarantee ACE’s first Premier League Reserves crown.
“We know it is coming to the crunch now,” said 20-year-old Bernardi, “if we win this game it puts us in good stead to push for the title.
“The first time we played Bayside they were a pretty good team. We got the result (won 1-0) but haven’t been able to break clear from them all season.
“They have a good goal difference (+37 to ACE’s +25) but the key for us is to play our own game.
“We changed to 3-5-2 earlier in the season and haven’t looked back.
“We know when we get it right, we have some of the best players in the league and shouldn’t have to worry about how the opposition play.”
Sunday’s top-of-the-table clash follows two thrillers for ACE Reserves.
Two weeks ago they came from 2-0 down – and with 10 men – to beat Brisbane Knights 4-2. Last week two injury-time goals beat Centenary Stormers 2-1.
“Can’t really put a finger on last two games,” said Bernardi, “all boys go into each game knowing what we need to do. We’re focused and switched on.
“But maybe when t didn’t happen early in the game we started to lose it a bit. Against Bayside, if that happens, we just need to keep focusing on our game and hopefully the goals will come.
“From start of season we knew this was our goal – to win the league. We’ve been up the top all season.
“It would be a shame to lose it now.”
Remaining matches
ACE Reserves
July 29 – Bayside Utd v ACE 3.30pm
August 3 – ACE v Taringa 6.30pm
August 11 – ACE v Mt Gravatt 3.45pm
August 18 – North Pine v ACE 4pm
August 25 – ACE v Virginia 3.45pm
Bayside Reserves
July 29 – Bayside v ACE
August 4 – Mt Gravatt v Bayside
August 12 – Grange v ACE
August 18 – Bayside v The Gap
August 24 – Brisbane Knights v Bayside
Category: UncategorisedBy Ace SoccerJuly 25, 2018Leave a comment