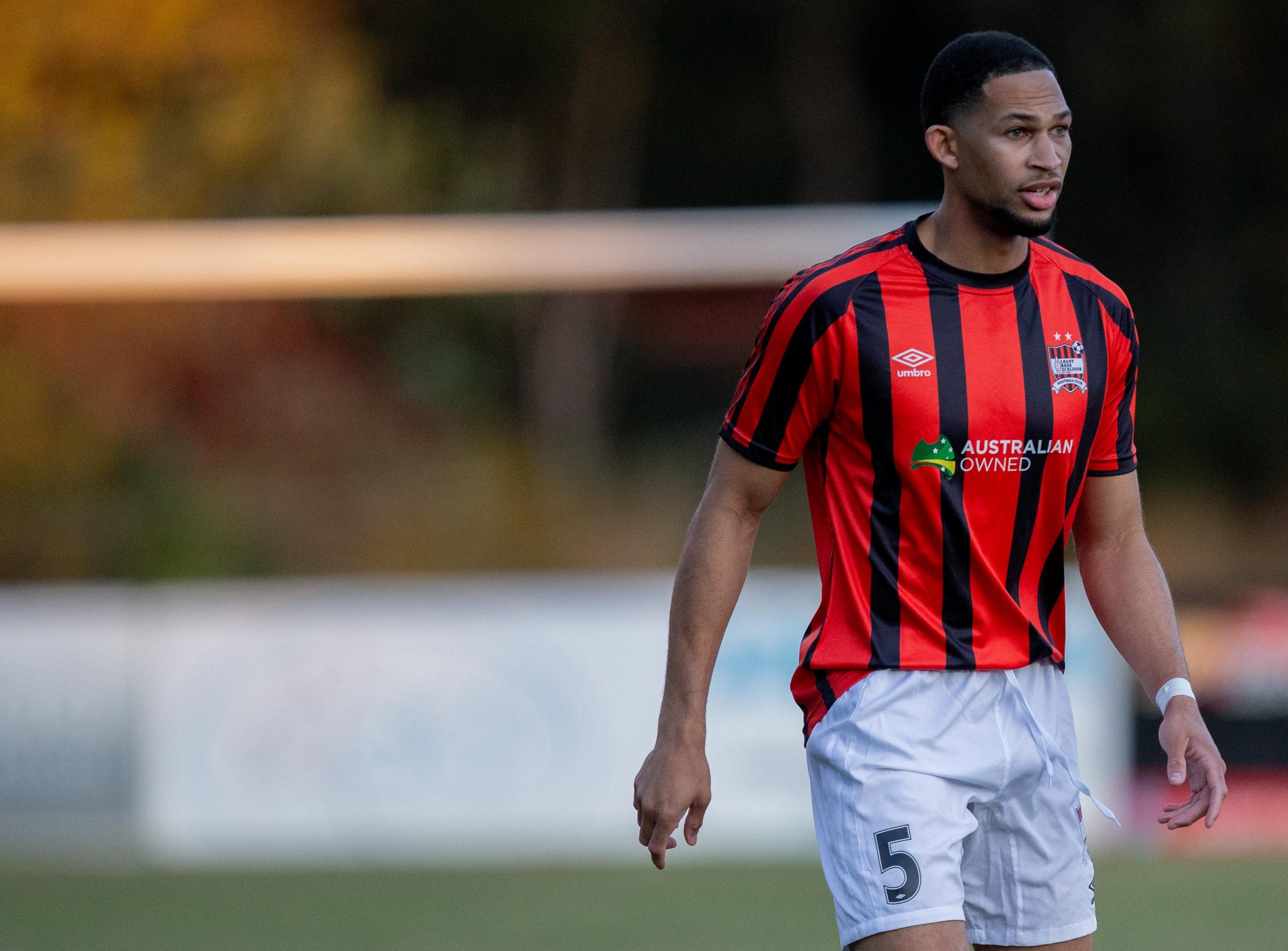 The spotlight may be on ACE’s forwards in this goal-laden season, but captain Sean Lewis, pictured above, says it is a “whole team operation”.

ACE often play from deep, with goalkeeper Harry Royley and central defenders Sean and Yuya Ono as important to the system as the full backs, midfield and forwards.

With just over half the season gone it is working well with ACE are averaging more than five goals a game and into next month’s Canale Cup quarter-finals against Clairvaux.

“It might seem like an easy season, but it’s not,” said Sean, “we all know we have to be really sharp right from the start of every game.

“Teams try to make it difficult for us. If a team gets a lead, they make it harder. If we’re taking our time, going from side to side, they make it tougher.

“Everyone here has a role to play. We all work hard to try and get it right and keep improving. In defence we don’t want to be giving up any chances. We want to stop threats at source.”

ACE face Acacia Ridge tomorrow at Wolter Park (6pm) with a four-point lead over The Lakes at the top of the table and four players in the top eight Premier League goal scorers (ACE unless stated).

With 67 goals in 12 games and only 10 conceded, ACE are setting a cracking pace this year, but the foundations were started in late 2017 when coach Steve Glockner arrived.

“I think this has been more than three years in the making,” said Sean, who joined a few months later after a spell at Mitchelton.

Among Sean’s ‘goals’ is to get on the scoresheet himself. According to Football Brisbane, it was March 2019 when he last found the back of the net in the Premier League against Centenary Stormers.

Sean actually played upfront when at university in America. “At six feet two (inches) I was the shortest of the front three! One guy was 6 feet 6 and the other 6 feet 4!” he said.

“You ask Steve or any of the guys, in training I’ve been banging them (goals) in, but not in matches. I need to get on the scoresheet.”

ACE Reserves are five points ahead of Toowong Reserves at the top of the Premier League Reserves ladder as they prepare to face Acacia Ridge Reserves at 4pm on Sunday.