Why Ben’s loving it 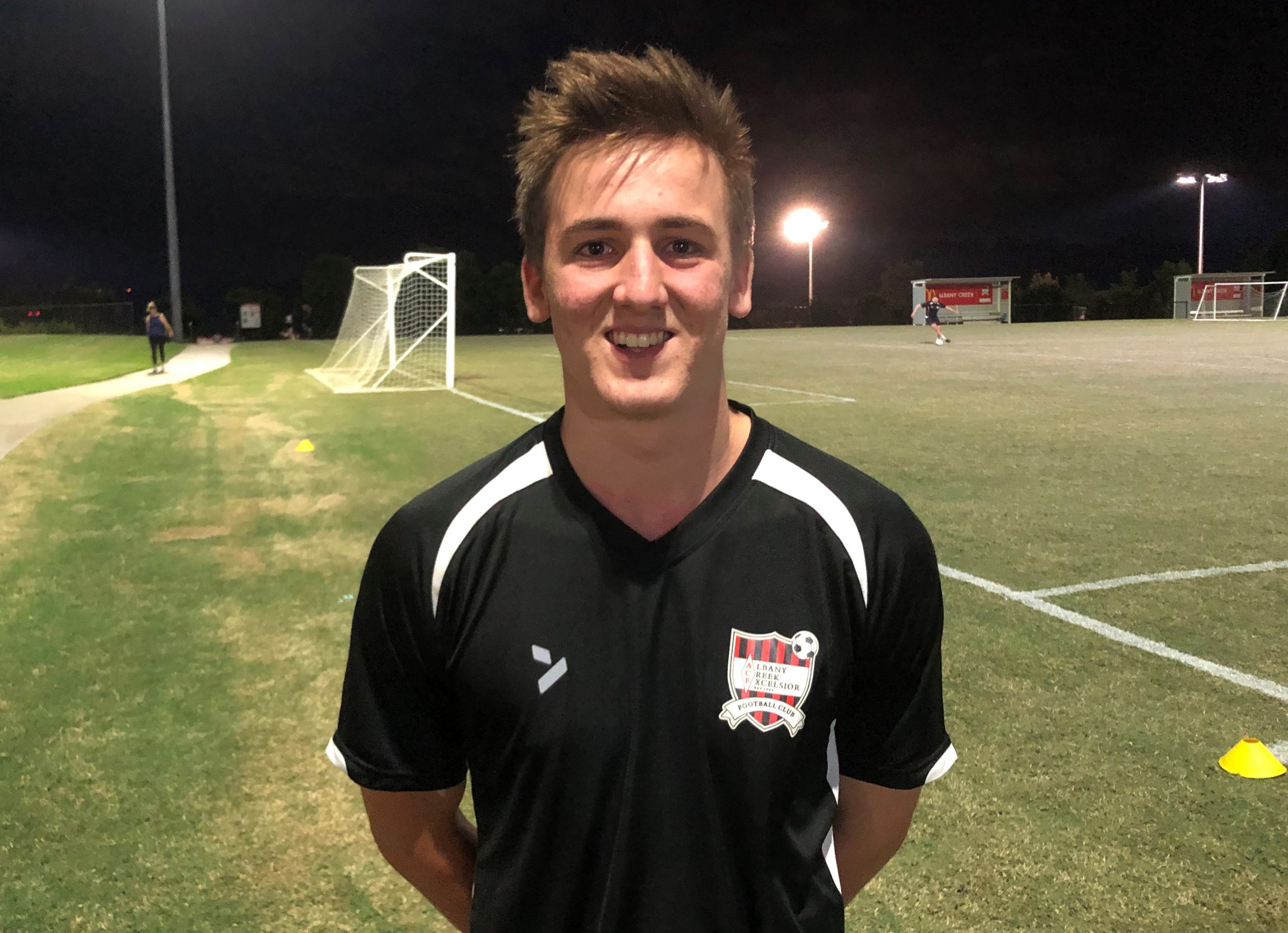 Ben Hering (pictured) has stepped up and moved sideways to start his senior career with ACE.

The 18-year-old has impressed at full back in both FQPL 2 victories this season (2-1 at Grange and 4-2 at home to Wolves).

Ben is hoping to keep his place and form tonight when ACE face Virginia, in a battle of second against third, at Wolter Park, at 8.15pm.

Virginia have beaten North Star 3-1 and Coomera 6-2 to sit second, behind leaders Surfers Paradise, on goal difference from ACE.

It is quite a contrast to last year when Ben, a former Moreton Bay United junior, was the ACE Under 20s Best and Fairest.

That was as a central defender or in the ‘six’ role. For the ACE top side, he is back at full back for the first time since playing Under 15s.

“As I got taller and after surgery (operations on both knees) I lost a bit of agility and moved into the middle,” Ben said.

“Centre back is still, I would say, my normal position and I’m still getting used to the intensity of senior football … but loving it.

“The first games have been really good. There’s a whole different vibe. You have to be patient and smarter.

“Everyone’s great and the experienced players motivate you. You have to listen to everyone, in matches and training, not just the coach.

“Everyone’s pushing you and there’s a lot more pressure, but it’s really good.”

Ben admitted he knew little about tonight’s opponents Virginia: “I think we play a different style to Virginia, but we have to be aware they have been taking their chances,” he said.

ACE Under 23s will be looking to bounce back from last week’s defeat by Wynnum, when they face Virginia tonight, kick-off 6.15pm.