Why Liam’s ‘loving it’ 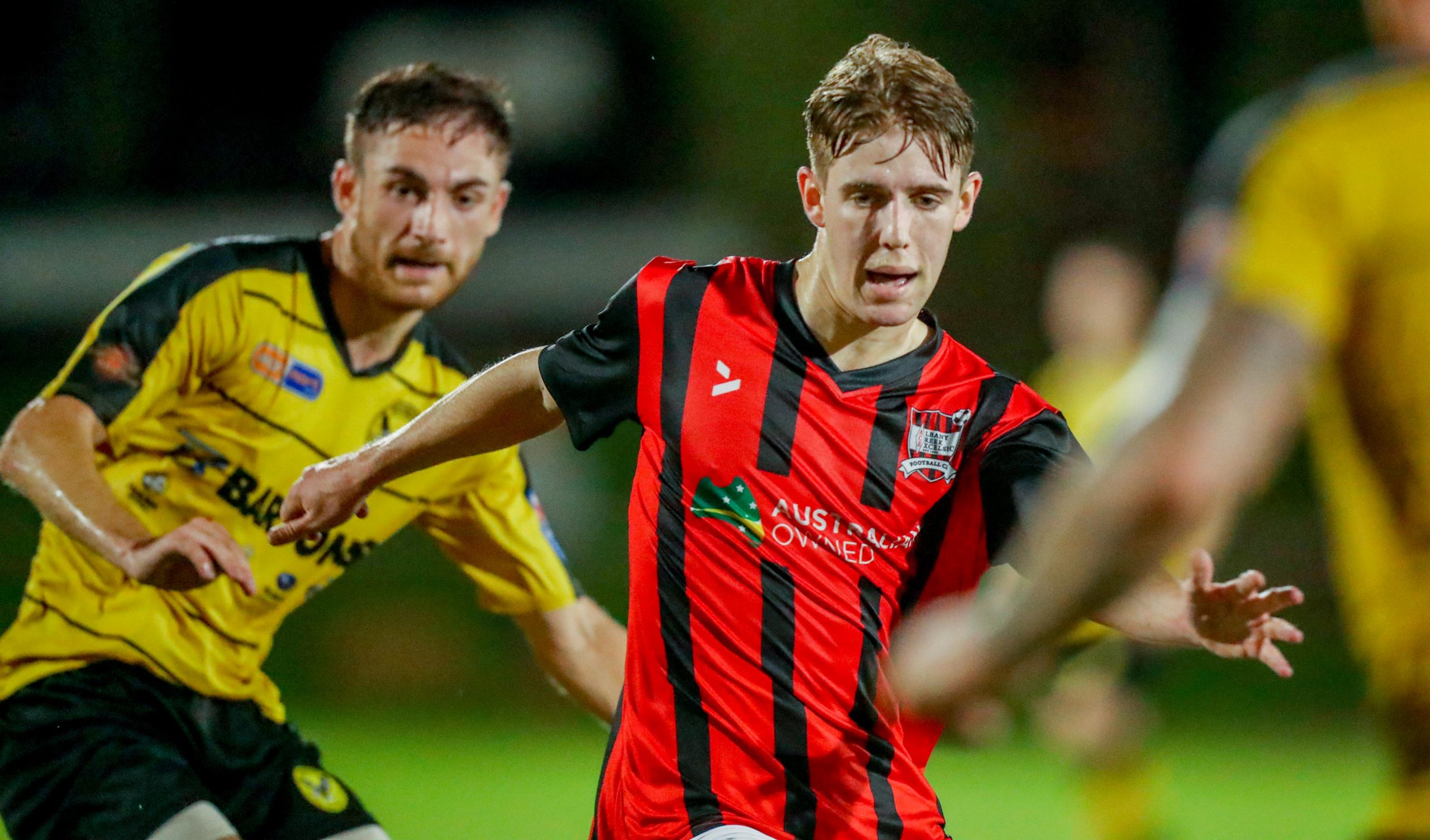 Four months ago when joining ACE, Liam Brown says was happy to “just sit on the bench and train with these guys”.

Today, after impressing many on and off the pitch in the pivotal number 10 role, he has become a regular in the starting line-up.

“I’m loving it here (at ACE). It’s the most fun I’ve had playing football,” said Liam, “there’s so many good players in the team, so much experience.

“Ryan (Shaughnessy), Steve Snaith … those guys. I was happy to sit on the bench and train with them! It’s brilliant to just be around them.

“I’ve got to take responsibility for positioning obviously, but Steve (Snaith) is pretty much getting into me all the time making sure I am in the right spots.

“Ryan’s awesome, always telling me to keep my head up and keep making the runs. Ally Russell and Josh Cartman help me out.

“Steve’s (Glockner, coach) is always saying take players on, express yourself. Alex (McMillan, assistant coach) says make sure you do it with a smile on your face as well.”

Liam’s form – six goals in five games – has helped ACE to the top of the Brisbane Premier League as they prepare to face mid-table Western Spirit at Wolter Park tomorrow, kick-off 7.10pm.

“It has been difficult against some teams and we’ve had to find ways to break through,” said Liam, “but we’ve shown character to take care of those games, like at UQ on Saturday.

“I think the quality isn’t too different to what I was facing in the NPL, but the intensity is really high every game.

“We’re always looking to push on, every team we face is tough and I think I am a better player for it … for the demands of playing in the first team.

“There’s more pressure. You have to be performing or you won’t start.”

Despite being joint leading scorer in the team with Ally Russell, Liam said: “My finishing could still improve.

“I need to be getting in the right position more often and being more ruthless in front of goal.”