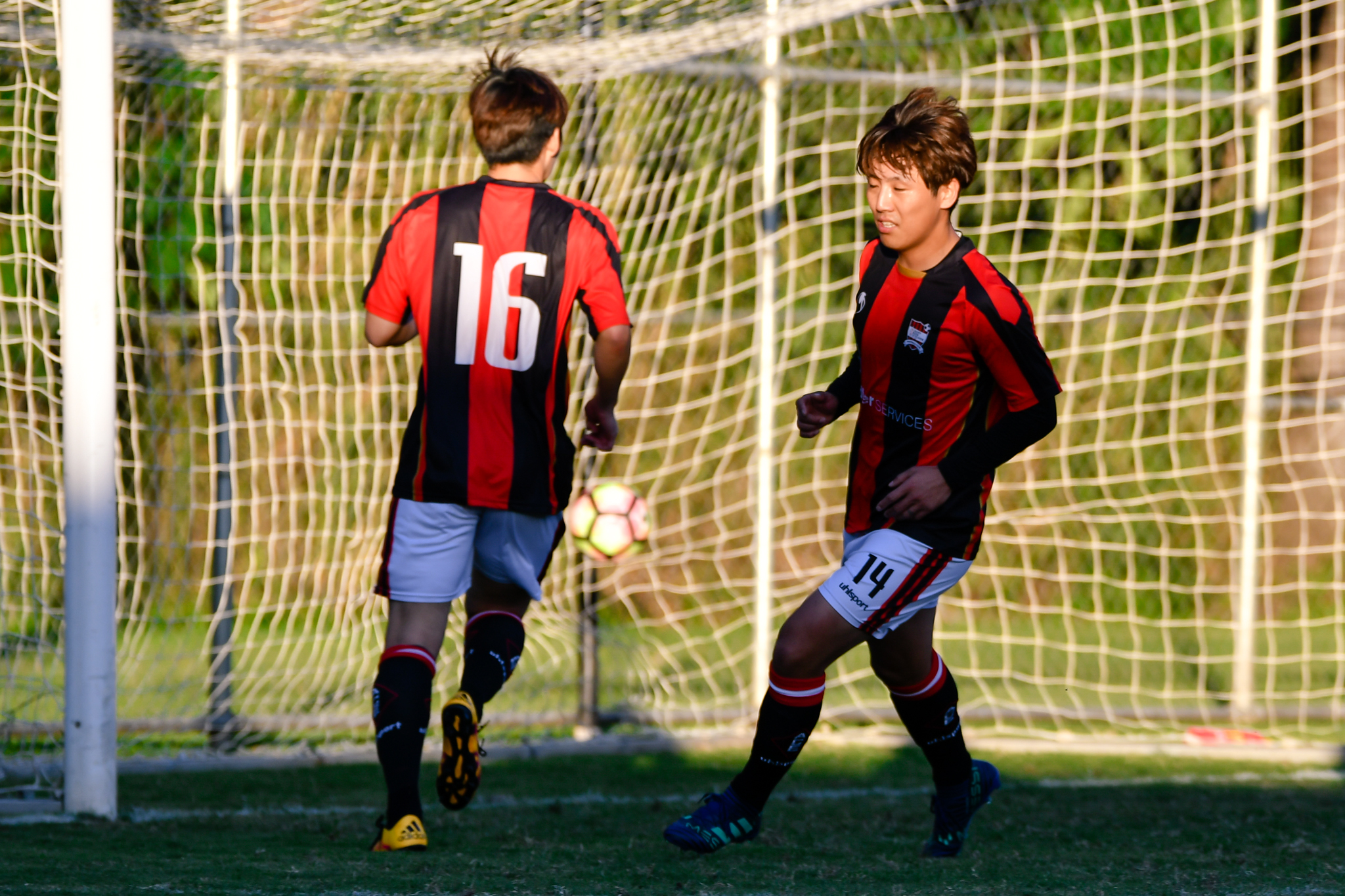 COACH Steve Glockner has issued a warning ahead of ACE’s Premier League trip to Virginia this afternoon, kick-off 5.30pm.

After eight wins in nine games, ACE is second on the ladder, one point behind Grange and with a game in hand. Virginia are one off bottom.

“I watched Virginia against North Pine a few weeks ago,” said Glockner.

“It was 2-2 until about the last 15 and North Pine just came home stronger. They made a few quality substitutions that changed the game.

“Virginia are better than their position on the table would indicate.

“They have their home ground advantage and they will be eager to perform in front of their supporters. Every game is difficult in this league.”

Glockner also said “our finishing must improve”, after a number of missed chances in last weekend’s 4-2 local derby victory over North Pine, thanks, in part, to two goals from Youngnam Kim, pictured after scoring the first.

“We were very poor up front,” said the ACE coach, “taking your opportunities changes the game.

“We created 15 opportunities in the first half alone, about half of them were really good one-on-ones with the keeper which we continued to miss.

“I think the game could have been over at half time if our finishing was better.”

But Glockner praised his players’ for their “attitude and positive mindset” when going behind.

“I think that’s what really pleased me the most,” he said.