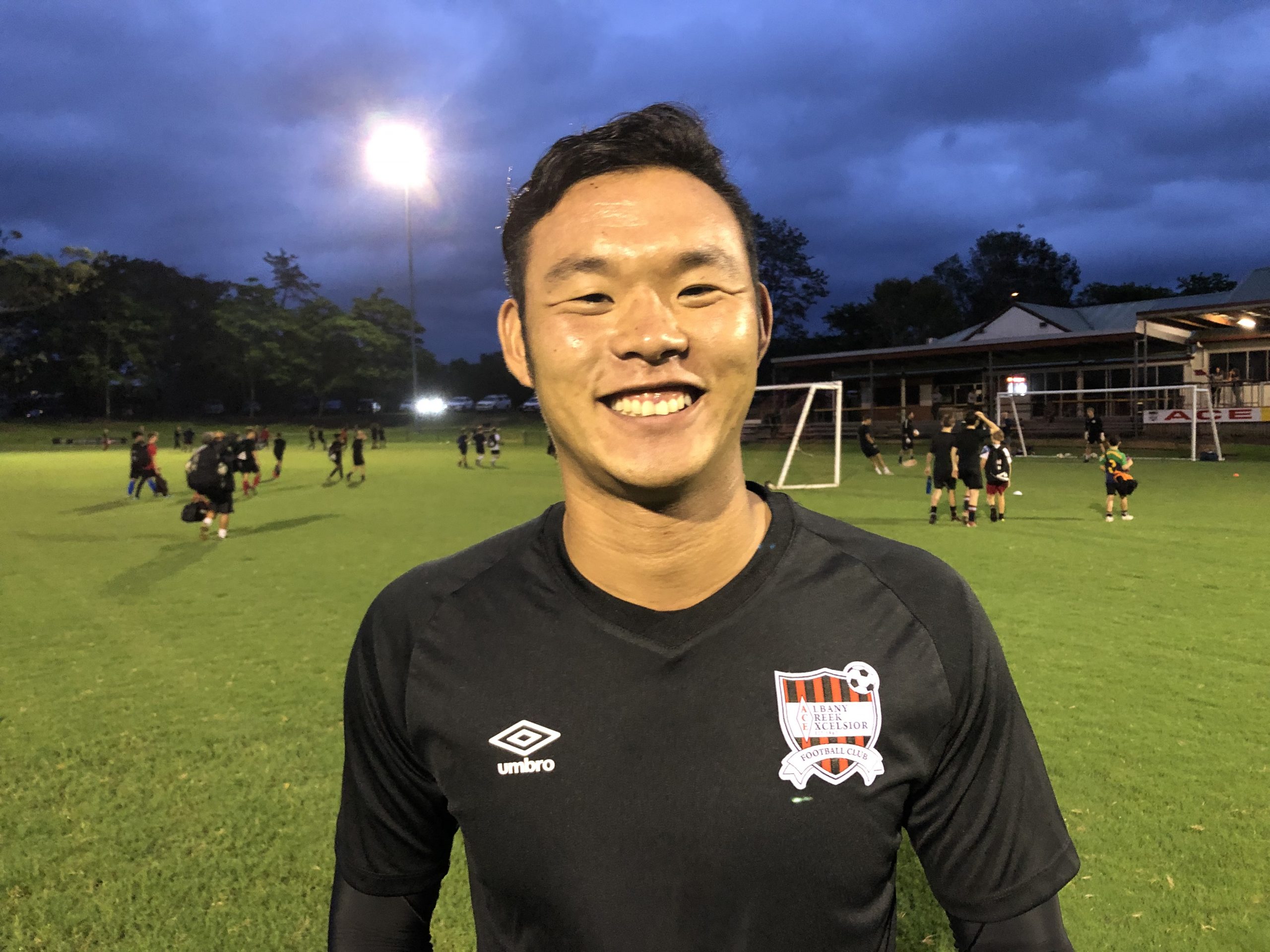 Throughout the ACE pre-season one name, in particular, has been missing. But now Yuya Ono, pictured, is back.

The Japanese defender who became a key part of ACE’s double-winning team last year, has been up in Bundaberg working on a farm.

In that time ACE have been through months of pre-season training with a defensive space left open ahead of the quest for a third successive premiership.

‘Youie’ is behind the rest of the squad in preparation for the Brisbane Premier League campaign, but coach Steve Glockner is not concerned.

“I’m really happy to have Youie back again,” he said, “he became such a crucial part of the team by the end of the season. His quality and coolness at the back was a big part of our success.

“And I’ve never met anyone who loved training and playing football so much. His positive demeanour is infectious, he is respected and liked by all the players. It’s an absolute pleasure to have him back again in 2020.”

Youie admitted he was “not very fit” despite months of “tough hard work” up in Bundaberg picking vegetables, but believes he can catch up in a matter of weeks.

“I am very glad to be back,” the 25 year old said, “last year was good, Steve has stayed, Alex (McMillan) has stayed and many of my team-mates have stayed. I think we have a strong team and it will be another good year for ACE.”

Youie played in Japan before arriving in Brisbane. He knew a bit about the Brisbane Premier League from his brother Roy who played for Capalaba, who are now in the NPL.

But he knew little about ACE until he arrived for training and immediately caught the eye of coach Steve Glockner. Youie went on to play 14 times, scoring twice, and being named man-of-the-match against Grange, as ACE took the premiership.