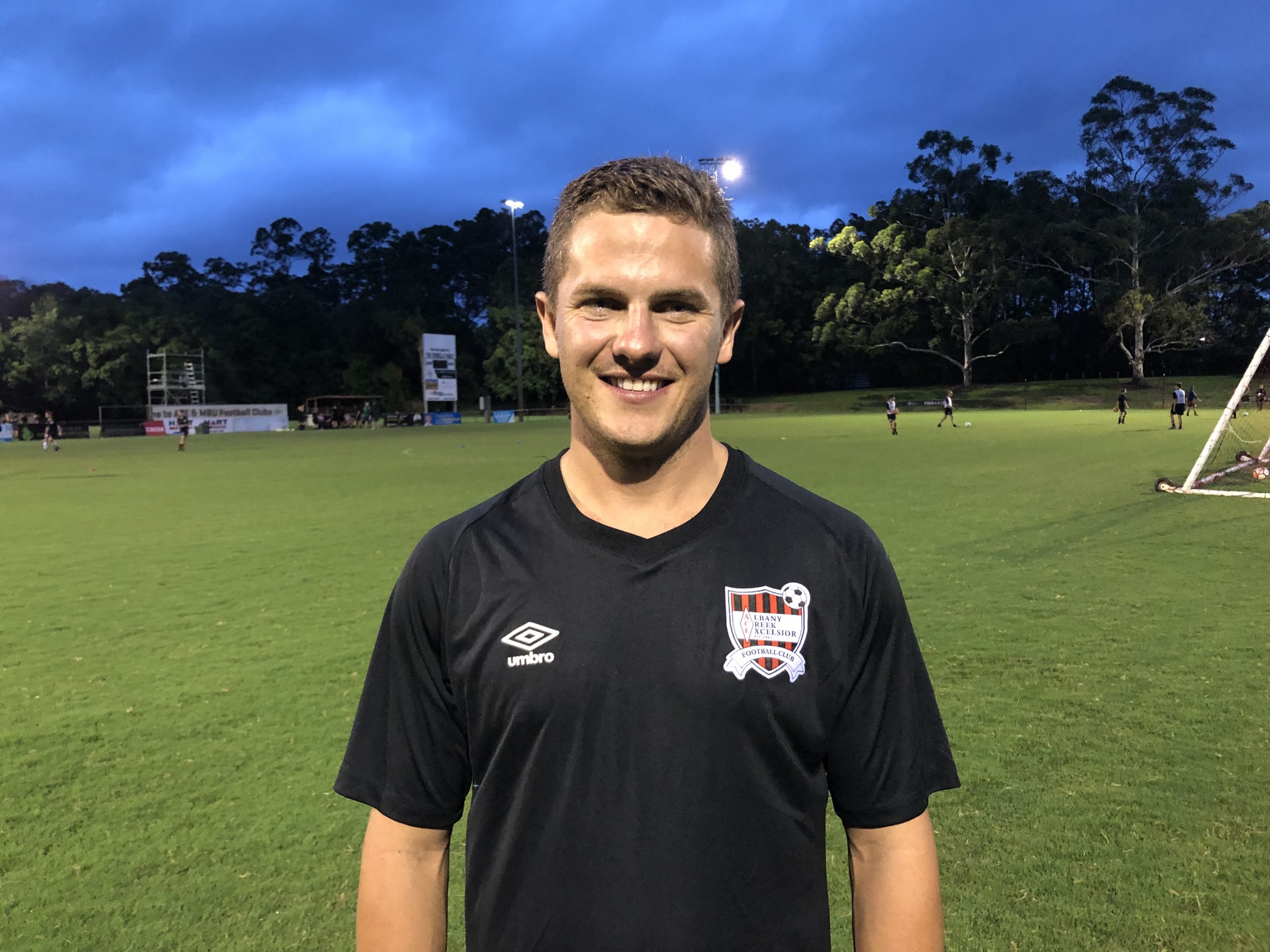 It had been four years since Matt Zappone, pictured above, last played at Wolter Park.

In that time, he had lived on the other side of the world, not played for three years and then returned to where his football career began.

But on Saturday that long run ended. Zappa signed for ACE and was back on a ground he loves, where he won a grand final – but this time in an increasingly competitive ACE squad.

“A few of the boys dragged me down and I found the vibes here were very good,” said Zappa, who is 28. “It wasn’t that I needed persuading. I love playing at Wolter Park. I have a lot of friends and I wanted that social aspect of playing.

“I missed it, but as I’ve got older I’ve become more career-minded and didn’t want that bigger commitment of the NPL. That’s why I prefer the BPL. To be honest I’m not too fit at the moment. I wish I was fitter and that will come, but I think I’ve still got my touch (on the ball).”

Zappa started in Mackay, his home town, playing for Mackay Wanderers as a junior and then the Whitsunday Mariners from 2008-12. In 2013 he joined Moreton Bay United and was in their NPL Qld premiership and grand final winning side of 2015.

At that point Zappa went to London, staying two years before returning and last year playing football in the Mackay League. He was back in action at the weekend helping ACE to a 5-1 victory over Brisbane Athletic in a pre-season match.

“It wasn’t too serious in Mackay last season,” he said, “but here (at ACE) it’s a good squad, there’s plenty of banter and everyone’s fighting for a spot.

“I’m not sure where I’ll play. On the field would be good! Left or right full back or midfield. Doesn’t both me. At least in midfield I might be able to score goals!”